Okay, by the standards of my introductory posts this one is very long. That’s because this time the preliminary remarks are especially relevant to the travel itself. So here’s some background information on the trip: why I took it now and why, of all places, I chose to go to Molde.

Some time ago I wrote a ‘special’ post where I explained why I like calling my ‘thing’ with Norway a ‘love story’. There I mentioned that the two of us love each other dearly despite the fact that, virtually every time I planned a trip to Norway, something happened, which complicated things either during the trip or at the pre-departure stage, in which case I had to postpone my trip altogether. 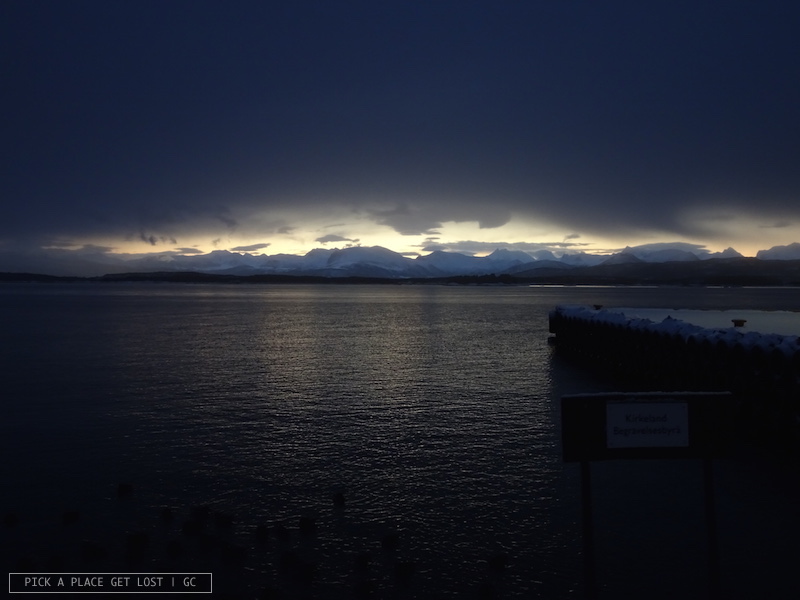 Now that I’ve been to Molde, I shall update that post accordingly. Yes, because I was supposed to visit Molde in November 2018, but something happened at the pre-departure stage, which forced me to postpone my original trip. Here’s a brief chronology of the events as they occurred.

On 12 November (Monday) I booked my flights to and from Molde: outbound on 29 November, inbound on 2 December.

On 13 November (Tuesday) I booked my accommodation in Molde.

On 14 November (Wednesday), around 11.30 in the morning, I fell in my workplace as I casually walked from one end of the corridor to the other. (I work in a pet-friendly office, and I tripped over a puppy running in front of me so as not to step on him.) As I fell, I hit my left ring finger against a heavy iron table leg. Needless to say, it was the most stupid fall in the history of falls, and it also resulted in the most unbearable pain I’ve ever experienced.

A colleague aptly handed me (pun very much not intended) a bag of frozen vegetables, ‘so it doesn’t get swollen’. I had several people tell me my finger was not broken, ‘because you can move it’. Never having had anything broken in my life, I took their word, and stayed at work the whole day. I even went to play pool with friends after work. 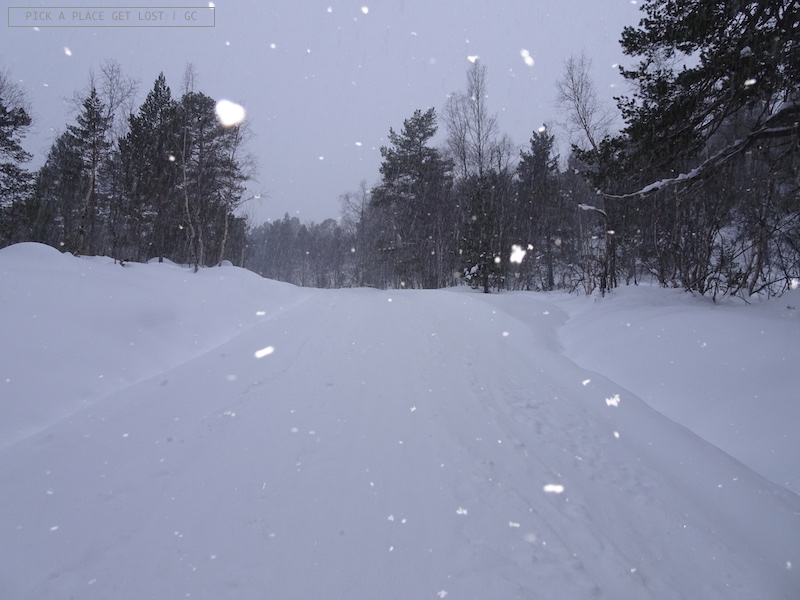 Hike to Varden in heavy snow

On 15 November (Thursday) I headed to the hospital first thing in the morning. I woke up to a blueish, swollen finger. It hurt like hell, so I went straight to the A&E room in the hospital across the street from work. Long story short: the top knuckle was broken. In particular, the articulation was dislocated. I was hospitalised straight away.

On 16 November (Friday) I had surgery. They put me to sleep, and fixed my finger by implanting two iron nails. I would keep it like that for a month, and then they’d remove the nails.

On 19 November (Monday) I was discharged with a note. Next check-up: 29 November. For that reason, and because I had the nails stuck in my hand, as soon as I got home I cancelled my trip to Molde. I changed my flights to February, rebooked my accommodation accordingly, and lost some money along the way due to non-changeable, non-refundable fares here and there. I shed a tear, and I hoped for the best.

As I write this post, I’m travelling from Vienna to Brno by bus. I left Molde early this morning, and I landed in Oslo, where I took my connecting flight to Vienna. So yes, my trip to Molde has now really happened, and I get to write all about it. 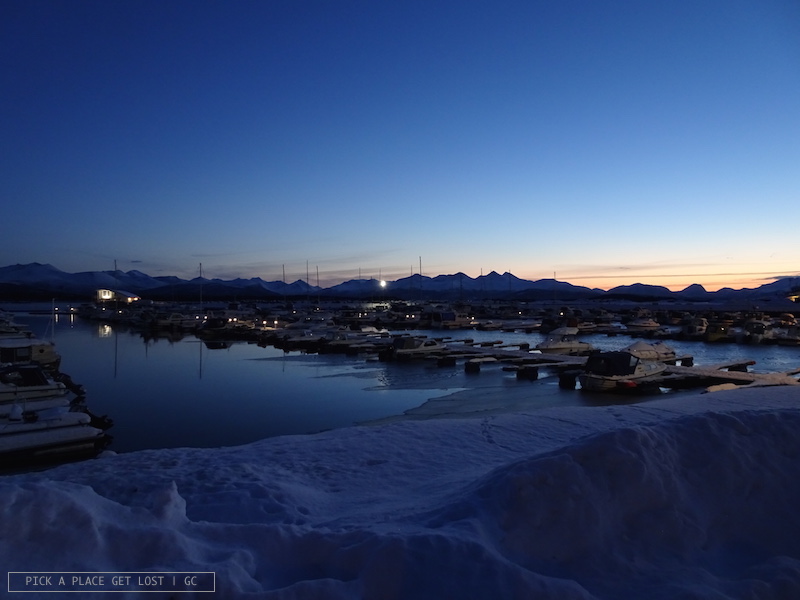 When I had to choose the destination of my seventh trip to Norway, I knew that ‘The One’ had to meet three conditions. It had to be:

– A place I had never been to. When I changed my flights and rebooked my accommodation, I was this close to choosing Ålesund. Then I thought that I’d already been there once and, much as I would love to go back and spend at least another couple of days around the city (I did not see that much when I first visited), I want to at least try and see new places before returning to those I’ve already been to at least once.

– A place that could be reached by plane and where the flight combination via Oslo wouldn’t be horrendously expensive.

– A place with no polar night. Aside from Svalbard (which fasten my heartbeat only by typing their name), the northernmost area of mainland Norway (Hammerfest, Honningsvåg, Nordkapp, Knivskjellodden etc.), and Senja, I really want to go to Alta. I’ve wanted to go to Alta for years. But early February still means polar night up there. I was only going to be around for a long weekend, so I really wanted to have some daylight, and also sunrises and sunsets and… You know, the usual. That is why I had to cross Alta off the list, alongside all the other destinations that did not meet that criterion.

I realised that Molde met all the criteria, so I chose it. And then, when I had to rebook the trip, I chose it again. And, with hindsight, I’d choose it a third time if I had to, because in the two days I spent there I saw and did so much more than I expected that I can only be happy about it. 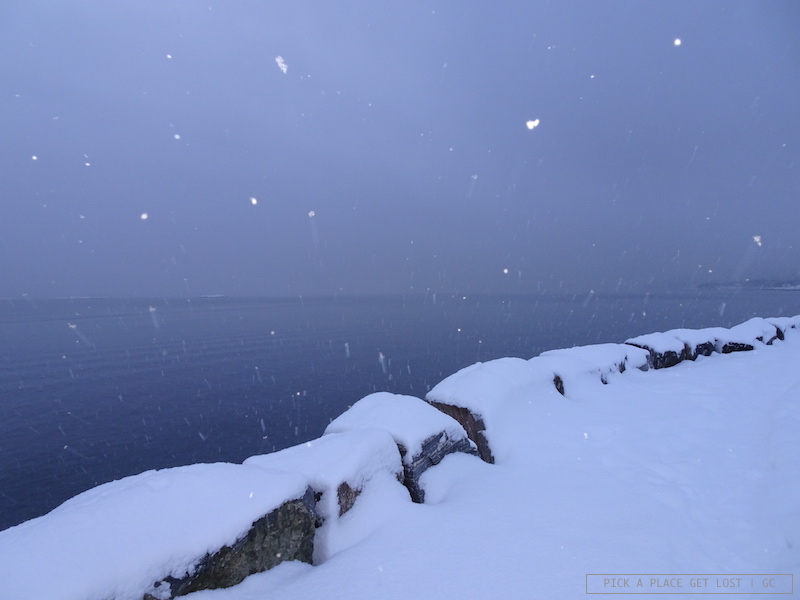 In a nutshell I:
– took a bus down the Atlanterhavsvegen (Atlantic Road)
– visited Kristiansund
– photographed a sea eagle in Kristiansund (and I won’t ever stop talking about it)
– hiked to Varden and did not see the Molde Panorama, but drank homemade chocolate in good company (more about this in the dedicated post!)
– saw one of the most spectacular sunrises and one of the most unique sunsets of my life on the same day
– chased after a cormoran in the (vain) attempt to photograph it.

I could easily come up with a few more entries to the list, but for the purpose of this introductory post these will do.

So let’s talk about Molde, then.