Vintgar Gorge is unique. Alongside Bohinj, the Julian Alps and Soča Valley, it was my most favourite place in Slovenia. Here’s why.

Vintgar Gorge is a whole other story. Technically and geographically it shouldn’t be, given its close proximity with Bled. It would have gone very well with the topic of Slovenia-themed post no. 3.

Yet, let’s be honest, I included a lot of Bohinj and Bled photos in the previous post, and I am compelled to include (almost!) as many of Vintgar Gorge. So I thought a Vintgar-themed post would help.

Vintgar Gorge is, predictably enough, a gorge, but an astoundingly unique one. Alongside Bohinj, the Julian Alps and Soča Valley, it was my most favourite place in Slovenia.

The canyon is located very close to Bled, in the Radovna Valley, and it’s already part of Triglav National Park (Triglavski narodni park), Slovenia’s one and only national park. 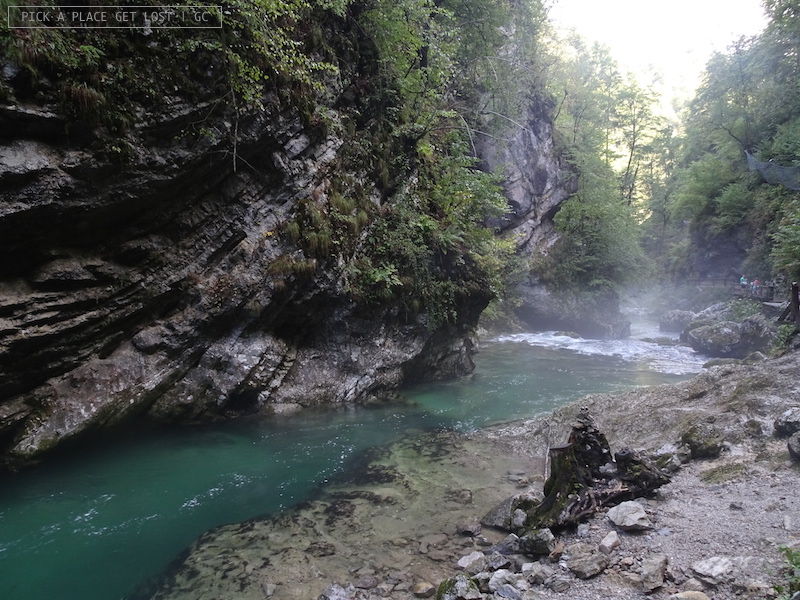 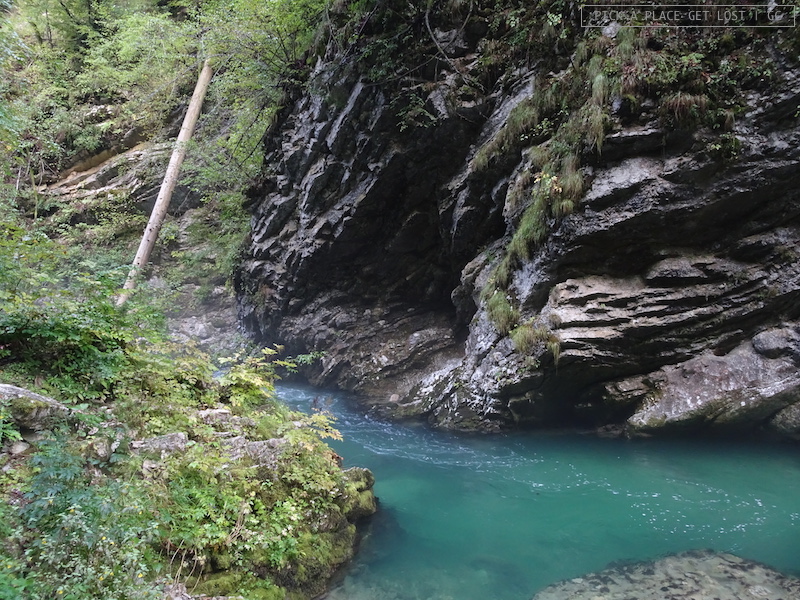 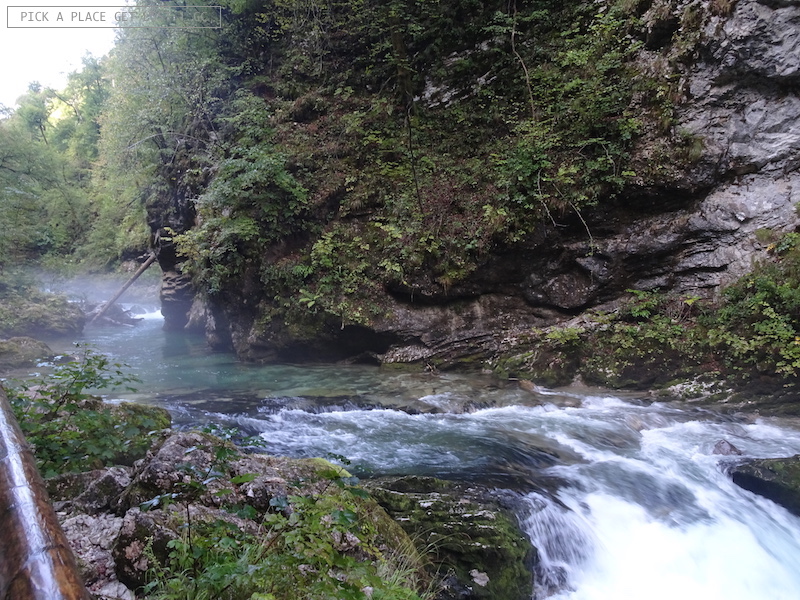 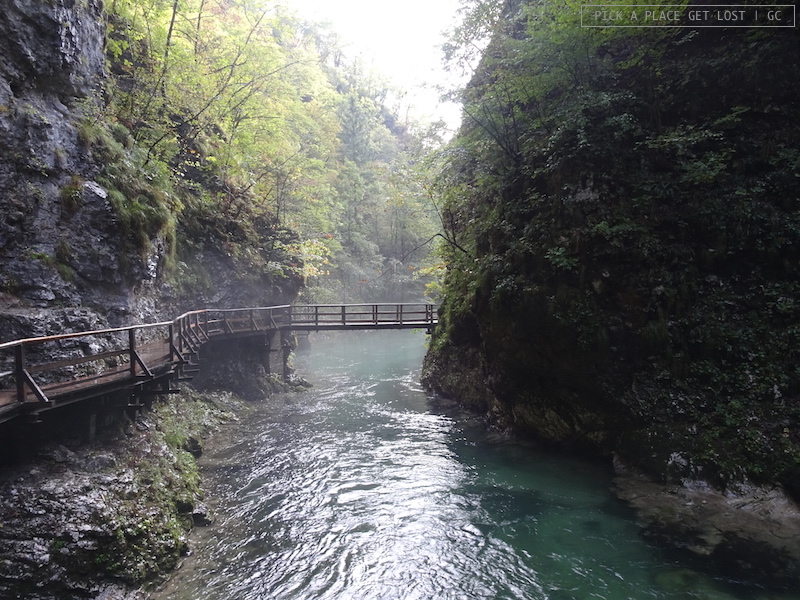 As you drive out of Bled, you should head north, and almost immediately you will see Vintgar signs appear here and there along the way: you can’t go wrong. We drove there first thing in the morning, which, in hindsight, turned out to be unbelievably sensible on our part.

Later on, toward late morning, the place got unimaginably crammed with visitors. If we had started our visit much later, it would have been much more difficult (and psychologically demanding) to blissfully enjoy the views, while being stuck in such a large crowd.

(On a side note: I mildly despise large crowds, especially when I’m around nature.)

With some things (e.g. visiting Gjógv when in the Faroe Islands) you have to plan them in advance. Either that, or you’re likely to have to skip them altogether due to not having planned them in the first place. Well, with Vintgar Gorge that’s really not the case. You can either know in advance when you’ll be going or simply head there on a whim, on the spot. 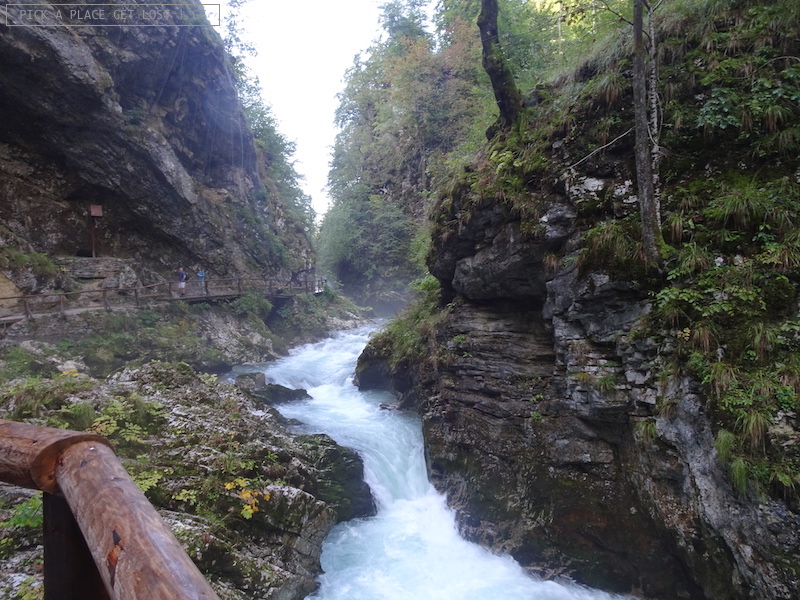 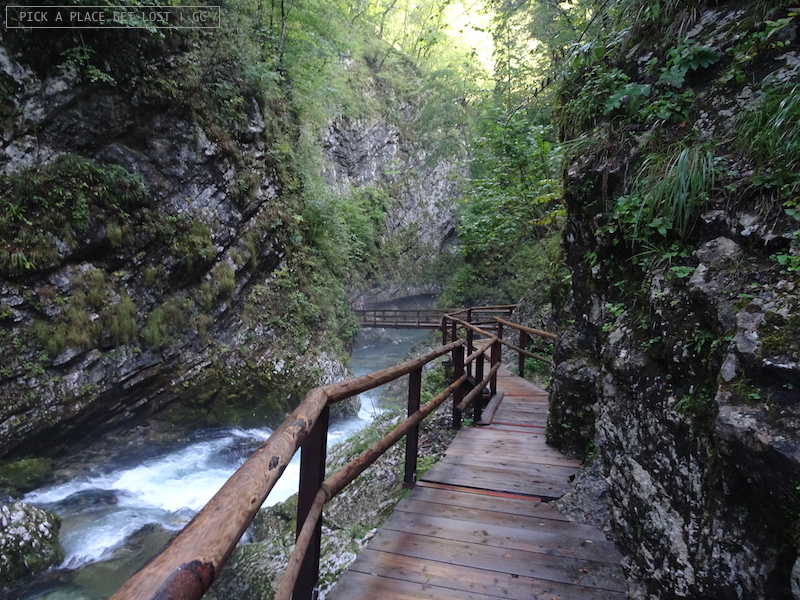 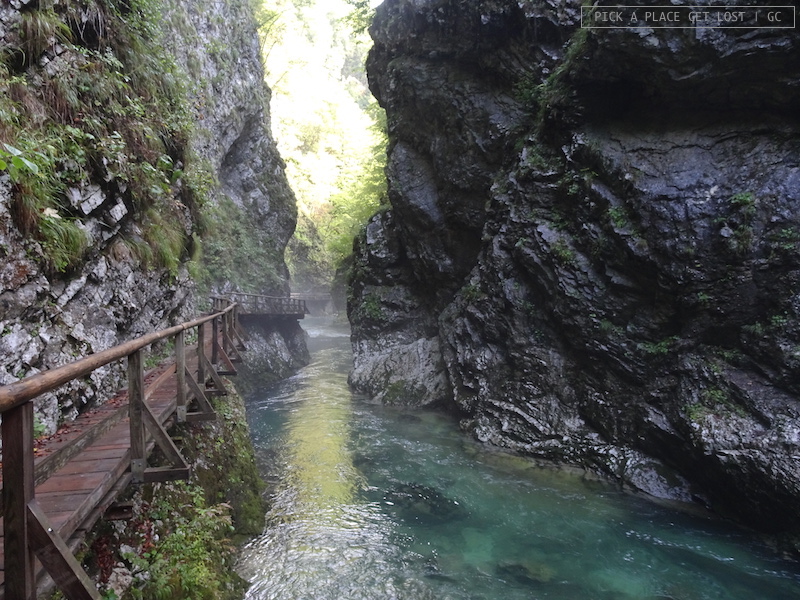 That’s what we also did. Vintgar Gorge had been on our to-do list for Slovenia since the beginning, and yet, for reasons I will never know, we completely forgot all about it along the way. We felt we were already too overwhelmed by Bohinj and Bled, I guess.

Only by pure chance did the thought hit me that very morning, as I headed back to our hostel after a quick walk to lake Bled, which I was super keen to photograph in the early morning light. (We’d had rather horrible weather the day before, as you might remember, so I also wanted some blue sky over Bled in my photos as an ideal counterpart to all the grey.)

There’s a car park by the entrance to the gorge. We parked just by the river and, as I went over to the shore, I could hardly believe my eyes. The rising sun filtered through the pine trees, while a few cows peacefully grazed by the river. 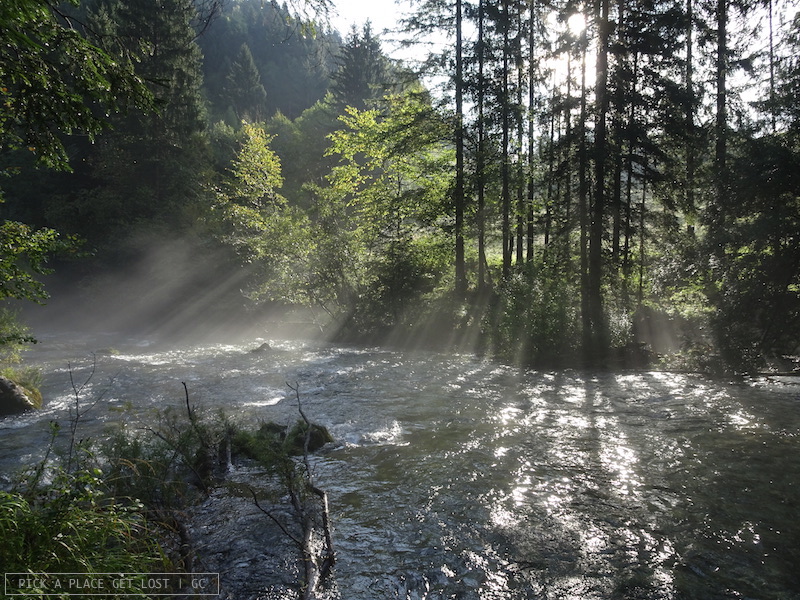 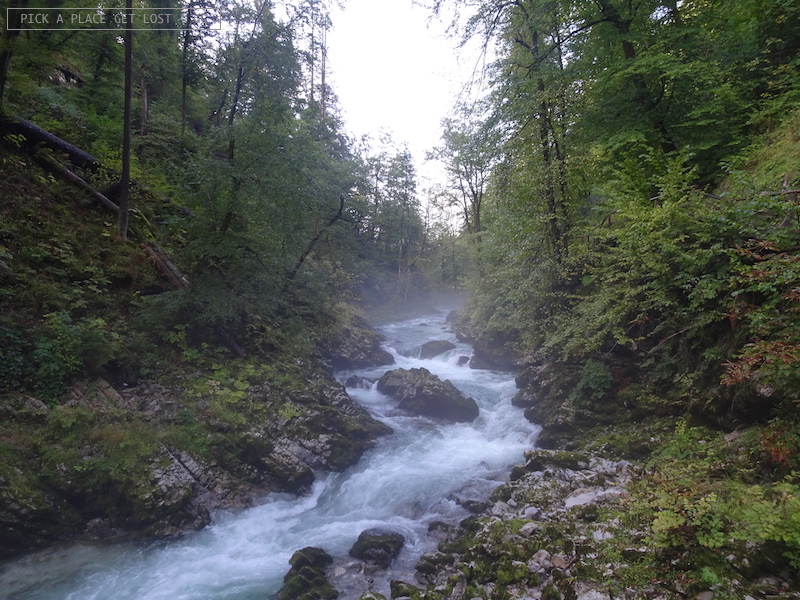 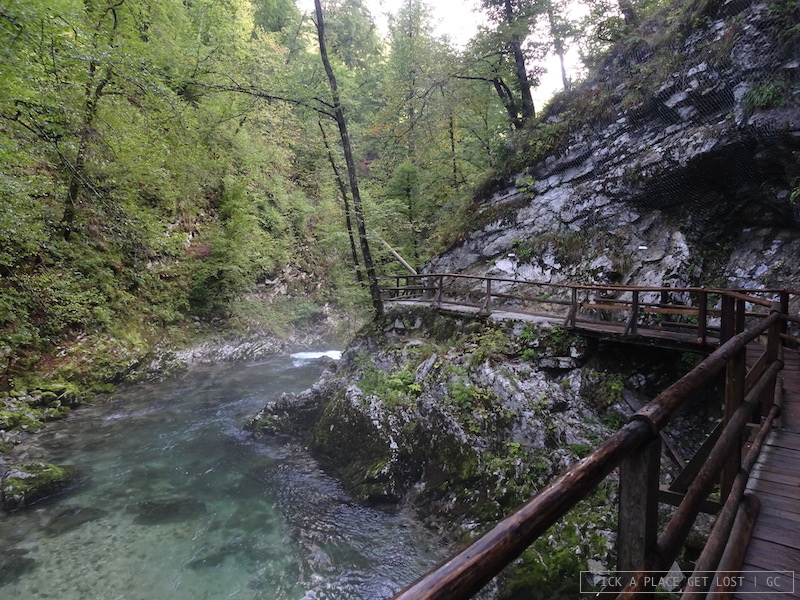 You have to pay a bunch of euros (three or four) to access the canyon. Past the ticket kiosk, a wooden walkway runs along the full length of the gorge (about 1.5 km), the waters of the river Radovna flowing in the middle.

I don’t think I could possibly find the words to describe the indescribable beauty of Vintgar Gorge. Everything is perfect about it, everything’s in place.

The turquoise of the river looks even brighter against the dark grey of the rocks, and it almost looks iridescent in the semi-darkness of the gorge. A thin layer of mist lifted off the water in places, and if you’re lucky enough to be there before the crowds swarm in, the loudest noise you hear will be the rumbling sound of the Radovna waters.

I’m not a fan of poetic descriptions, and I try to avoid them as much as I can, but I would lie by omission if I didn’t say that the gorge views almost had a magical feel to them. It’s as if, by entering the site you were teleported to some place else, neither here nor there, so much so that you can barely remember how you got there in the first place or what you did the day before. 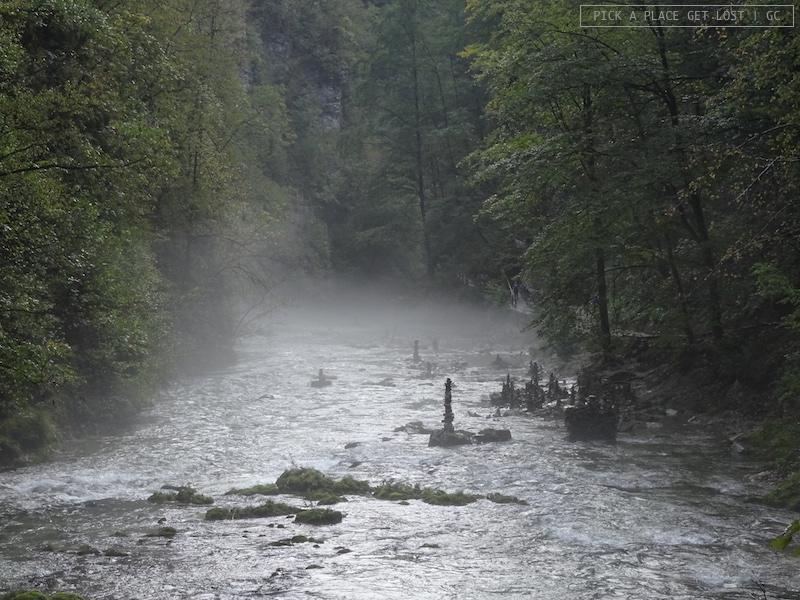 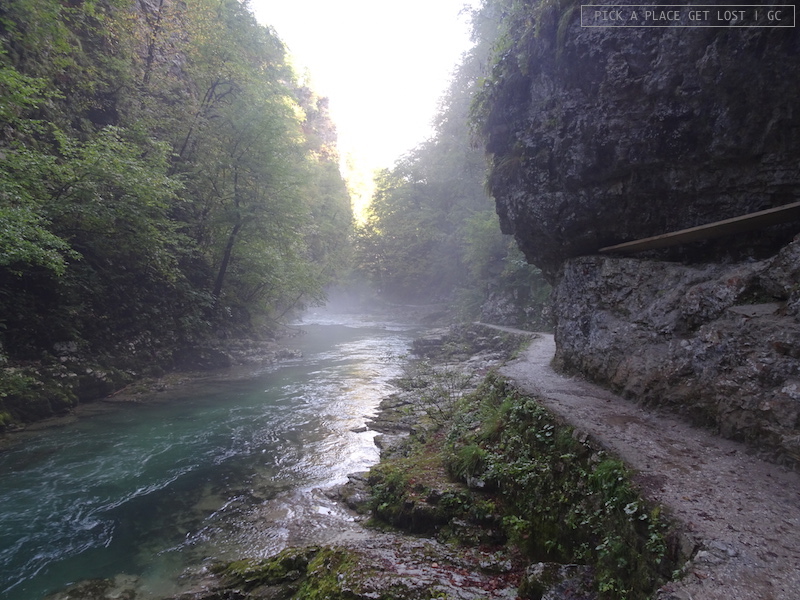 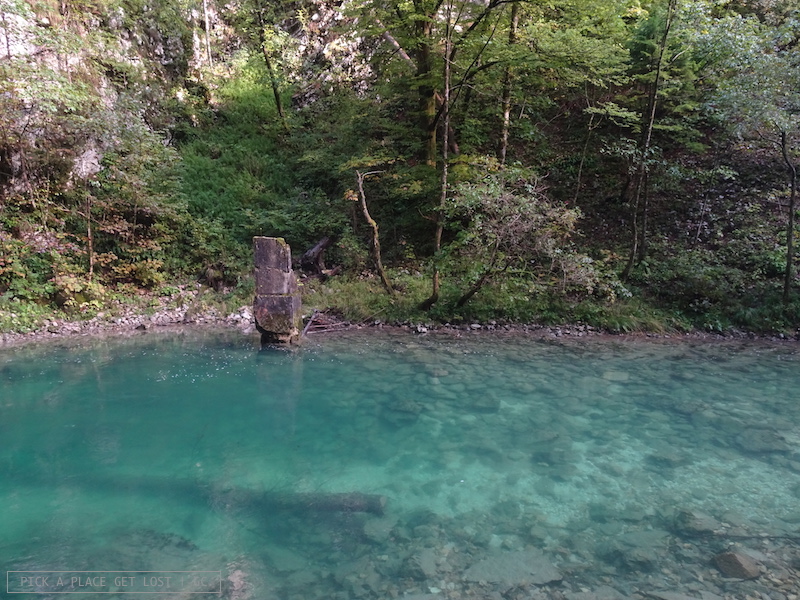 At the end of the gorge you will see a café, a second ticket office (for those who reach Vintgar from the opposite end of the gorge), and toilets (a very welcome sight after you’ve had the sound of water flowing in your ears nonstop for at least a whole hour, if not longer).

Incidentally, that end of the gorge is also the starting point of several hiking trails. We didn’t have time to hike any further, though, so I’m unable to provide extra info on any of them. (I’m very sorry about that.)

One thing I can say for sure is, don’t forget to walk down the steps right next to the ticket office. Reach the bridge, which you find just a few steps on from there, cross over it, and turn left. A bit further on you will reach yet another viewing spot, right in front of Šum Waterfall (Slap Šum). It might not be the most breathtaking spot in the whole canyon, but you have it right there, you really don’t want to miss it! 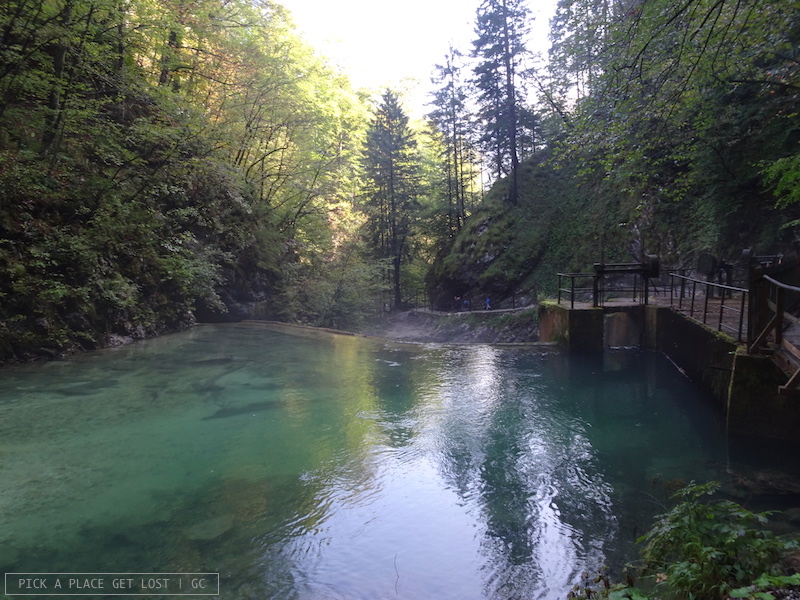 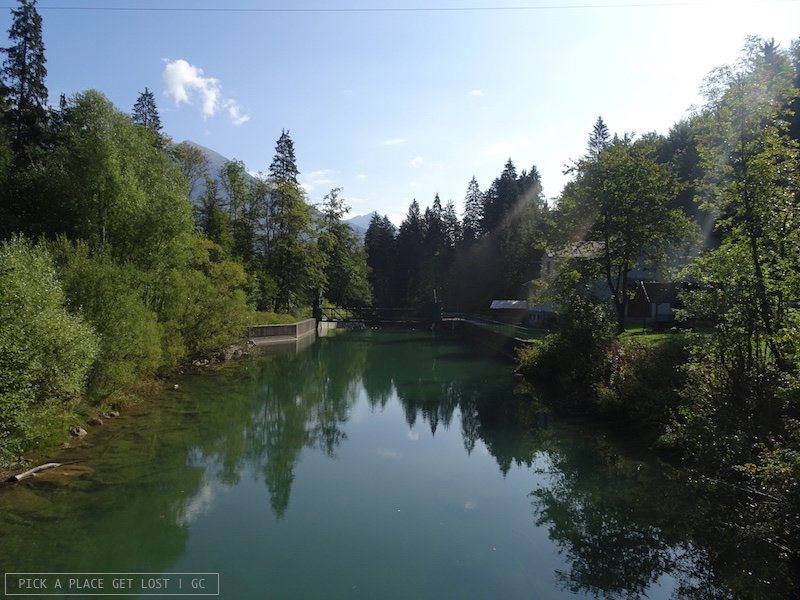 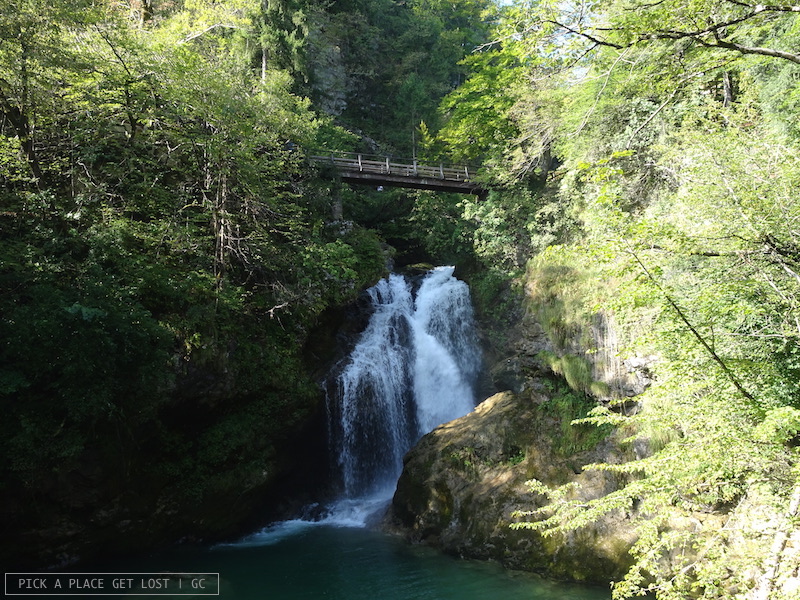 As we walked back toward the car park, I realised that it was only around 11 in the morning, and we still had such a long drive in front of us, up to the heart of the Julian Alps, yet I’d already seen such unbelievable beauty that I could be happy for the day.

Well, as it turned out, it really was only the beginning. But let’s talk about it in the next post, shall we? 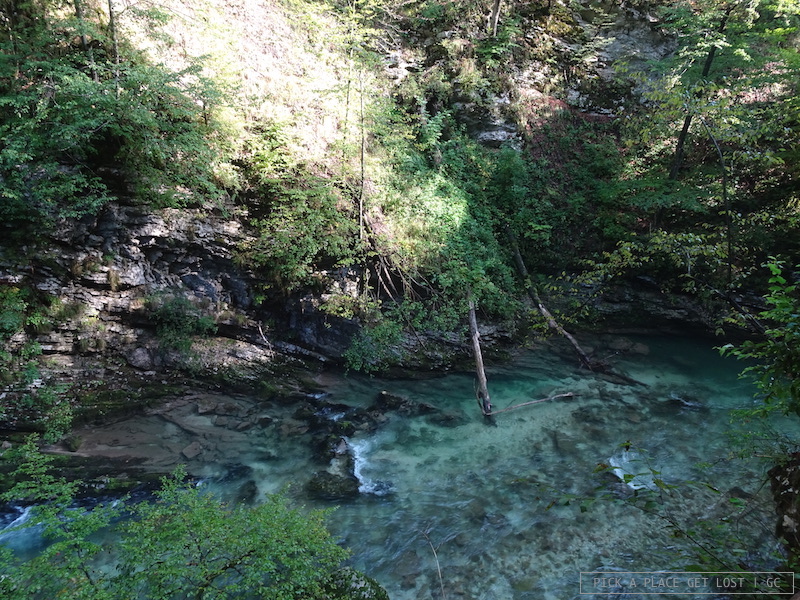 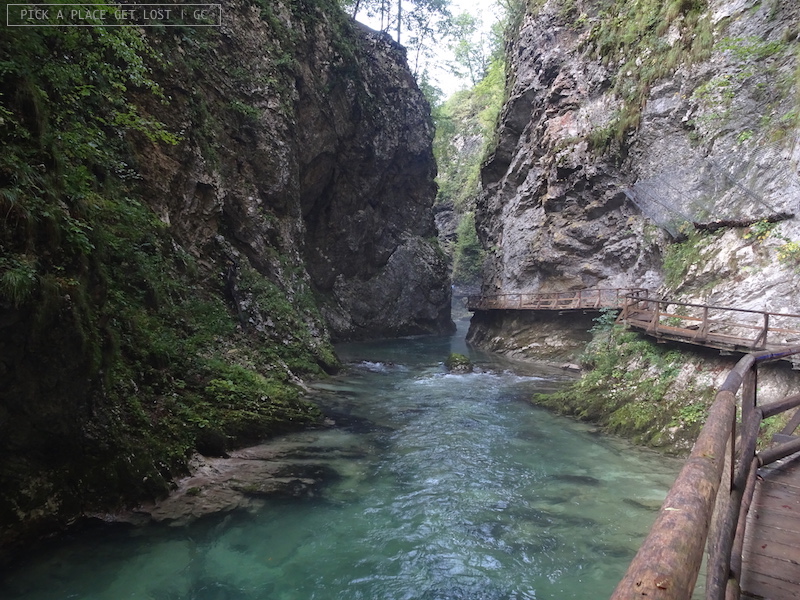 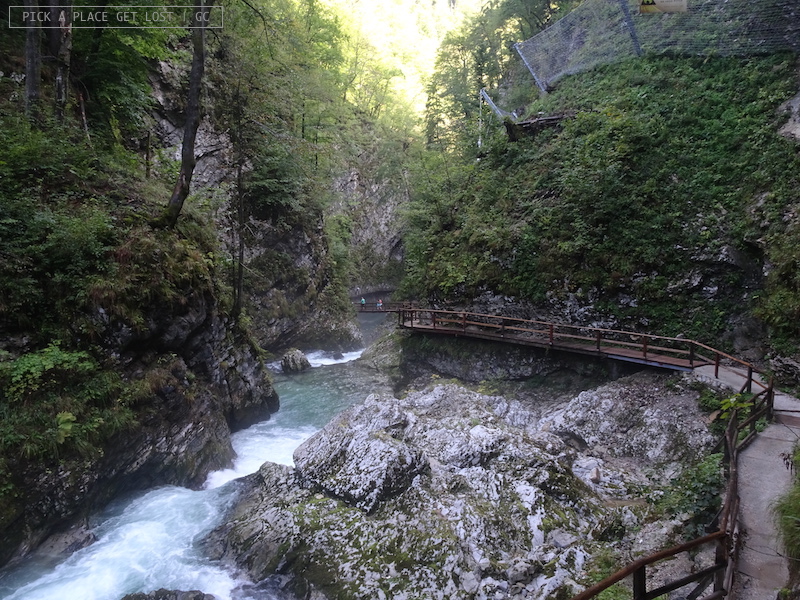