When, back in November 2018, I came up with the idea of this photo series, this is how I phrased its concept:

Okay, before you say (or think) anything: yes, it’s yet another photo series we’re talking about here. As I mentioned when I presented the ‘Shots From Random’ series (with hindsight, what a smart move on my part), I love photo series.

Well, over the past few weeks, and especially since we turned the clocks back in late October, I have been going for walks quite often after work. I finish work around 5 o’clock, though, which means that by the time I leave it’s already pitch black outside.

I have my camera in my rucksack and, straight out of work, I pick a random route, and I walk down that route for as long as I want to with no destination in mind. If and when I get tired, or if I’m too far from home, there’s always a bus or tram stop to rely (and jump) on along the way.

Much as I like dim lights in general, I’ve never been too much into night photography. This new habit I’ve recently picked up, though, is growing on me, so I thought I’d make it more challenging by turning it into a new series, which I’ve called ‘Dark Outside In Brno’. 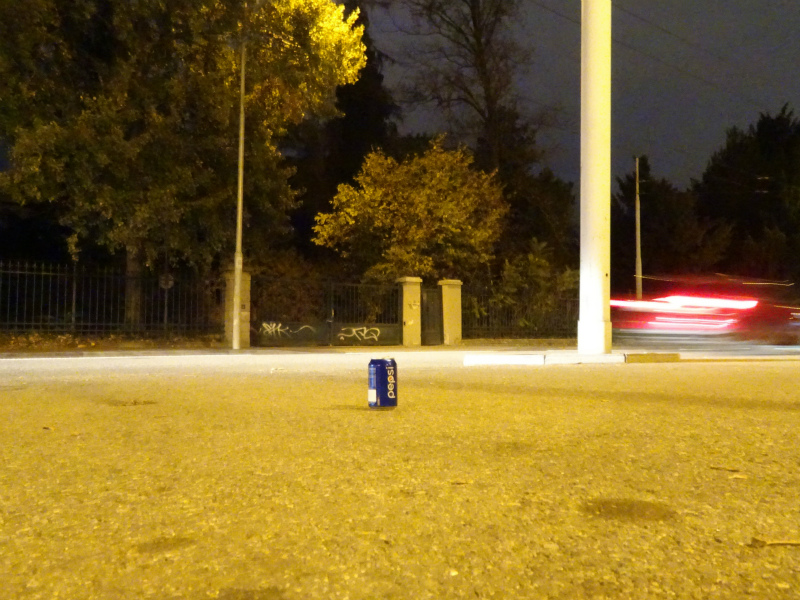 ‘Dark Outside’ is entirely Brno-themed, and it will consist exclusively of urban scenes. For one thing, city lights can be powerfully evocative, and for this reason I love them. What is more, Brno has a good share of seemingly nondescript spots which I happen to love to photograph. Nondescript spots are my favourite.

All entries from ‘Dark Outside In Brno’ will be in landscape format, precisely because the snapshots are thought of as urban landscapes in the literal meaning of the word.

Over the course of time, though, I grew to find the exclusively Brno-themed nature of the series a kind of limit. After all, one comes across memorable night views everywhere one goes. So I thought: ‘Why restrict it to Brno only?’

I’ve therefore decided to rename the series ‘Dark Outside In…’. While the night view-based nature of the series will remain unchanged, the location of the snapshots will be different every time and, needless to say, will be duly mentioned in the post title. I will not rename the posts that have already been published, and the numbering of the entries will progress accordingly.

I’ll try to make ‘Dark Outside In…’ a bi-weekly post. Should I happen to have a spare shot I can’t wait to share, I will ‘accidentally’ post it as an extra entry! 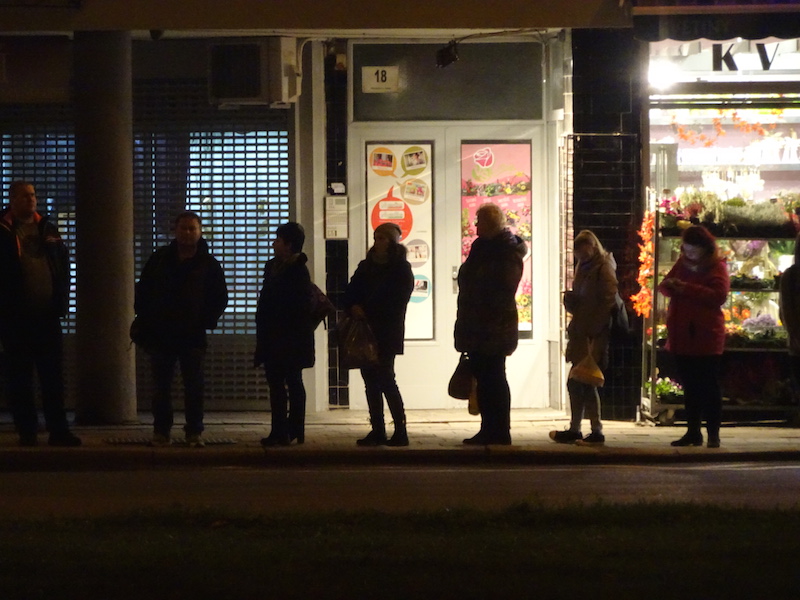