The walk from Sandavágur to the cliff known as Trøllkonufingur is very pleasant, the view stunning all the way.

They say Vágar is not the most unforgettable of the Faroes, that visiting Vágar without also moving to other islands is not ‘enough’, and that, diverse as the landscape might be, Vágar simply doesn’t offer such dramatic scenery as other islands.

I’ve seen too little of the archipelago to reach a conclusion of my own, but I guess it sounds like a reasonable statement to make.

And yet, after the hike to Sørvágsvatn and all that rain, walking from Sandavágur to Trøllkonufingur in the late afternoon sun felt like a true privilege. Vágar felt and looked like the most perfect and the most beautiful place in the whole universe. Maybe it really was.

In fact, on a bright, sunny day the (roughly) 2-km walk from Sandavágur to the cliff known as Trøllkonufingur is super pleasant, the view truly mesmerising all the way. 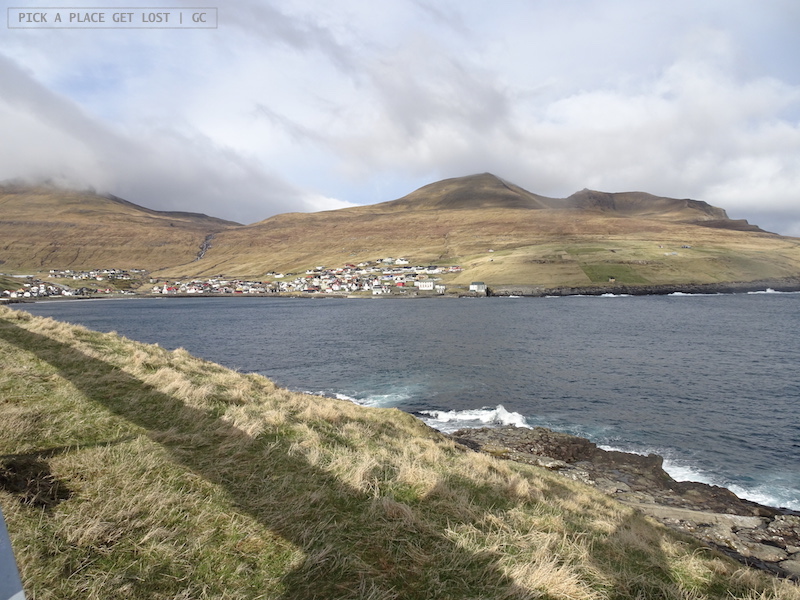 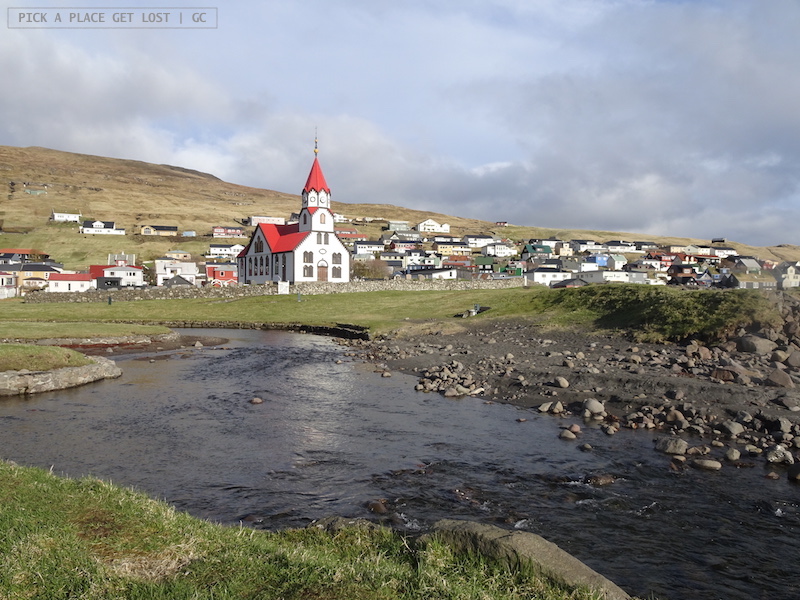 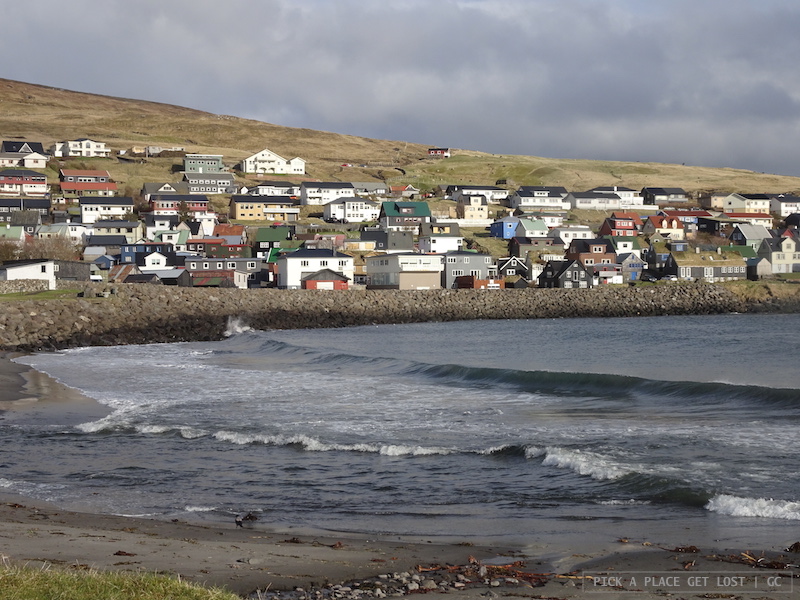 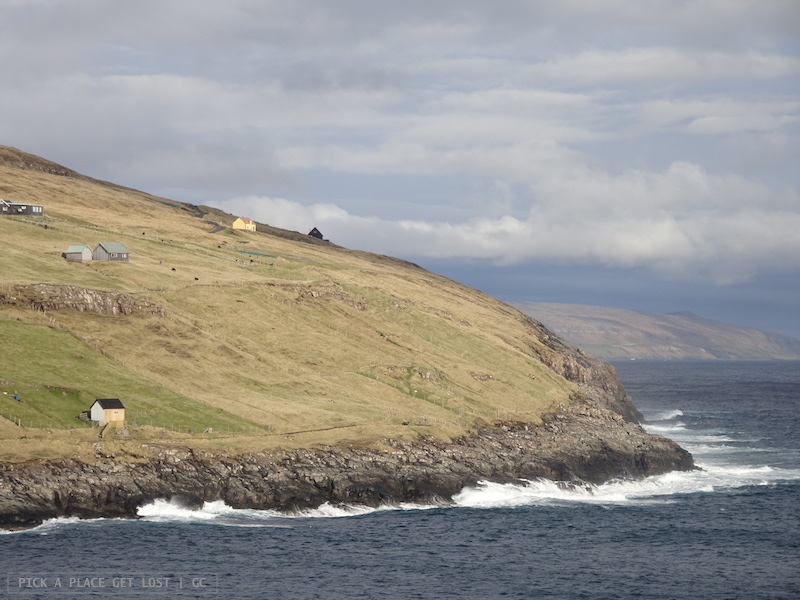 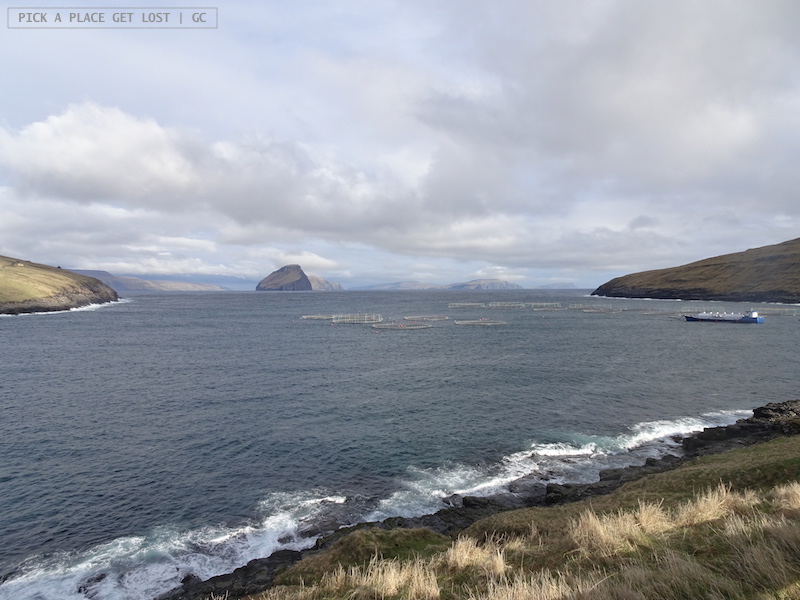 Sandavágur looks like the average Faroese village: mid-sized, compact, strategically situated in a bay at the foot of the mountain slope. The view from the main road is so nice. In the urban landscape it’s the church that stands out the most. It looks like a cut-out borrowed from a school play.

As I mentioned a couple of posts ago, our hostel was located halfway between Sandavágur and Miðvágur, so we reached Sandavágur and crossed the bridge over the stream next to the church. We walked straight till we came across a ‘Trøllkonufingur’ sign that pointed to the left.

As the road went uphill, it also grew narrower, while the houses grew sparser on both sides. The road soon turned into a path that bent to follow the profile of the mountain.

Keep going down the main path, dodge the (numerous) sheep chilling in the sun, till you reach a bridge over a stream. Cross it. A few metres on, the trail bends to the left again, and that’s when you get the feeling you’re almost there…

Which you are. Just behind there the path stops, and it’s all in front of you: the steep fjord coast disappearing into the ocean, the deep blue sea, the island of Sandoy off the coast, which looks like the Basilisk sound asleep and, well, the one and only Trøllkonufingur, the pointed free-standing rock just off the coast. 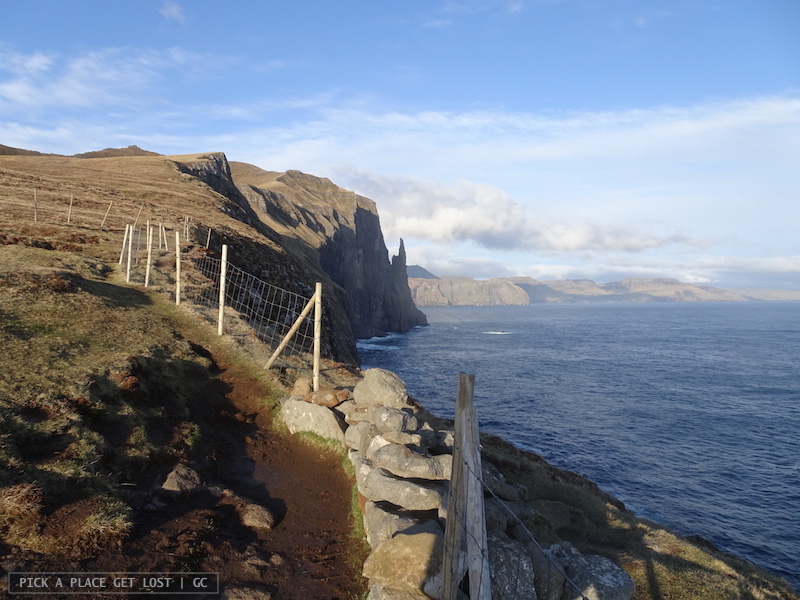 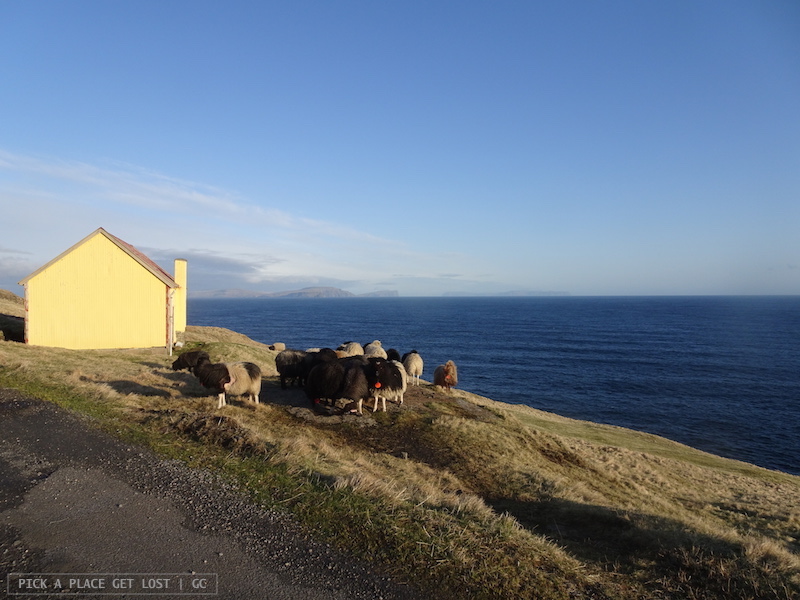 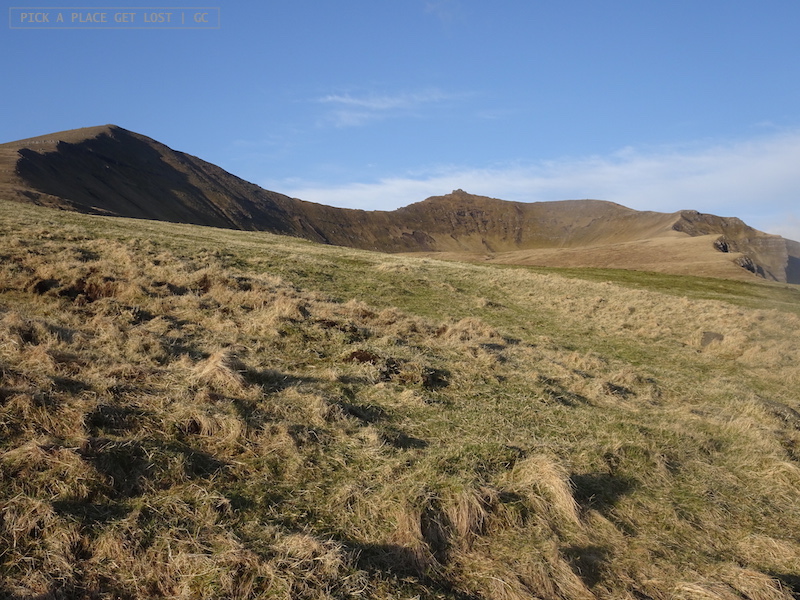 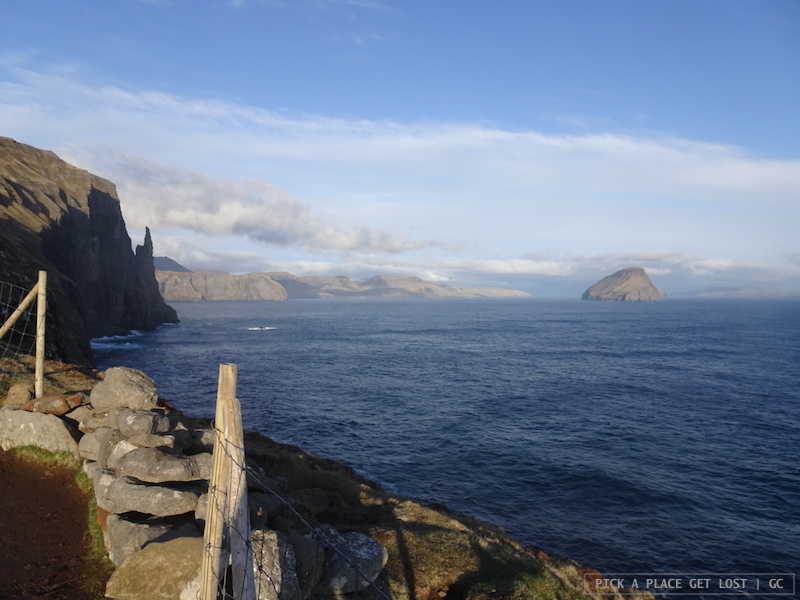 The name itself is quite revealing. It means ‘Witch’s Finger’, which clearly points (pun intended) to its unmistakable shape, similar to a witch’s finger in its most stereotypical version.

The rock has allegedly been climbed very few times. The first was in 1844, when a young Faroese made it to the top in time to wave the Crown Prince goodbye as he left the islands after a visit. The young climber, though, went back on top a second time to pick up the glove he’d left behind, and he died along the way. The peak was then climbed again in 2012 and 2015.

Once you’re ready to go back, just retrace your steps till you’re back in Sandavágur.

I won’t dwell on an in-depth description of the scenery: this is one of those cases where the photos speak for themselves. By the time we reached the trail, the sky had cleared up, and the sun shone still high. It felt like standing in the middle of a Venetian colourist painting, where colours were layered down directly on the canvas with little to no drawing underneath. It was exactly like that: the colours were so bright and intense that it looked like they gave shape and matter to the elements of the landscape.

But I’m digressing here. The photos do speak for themselves. 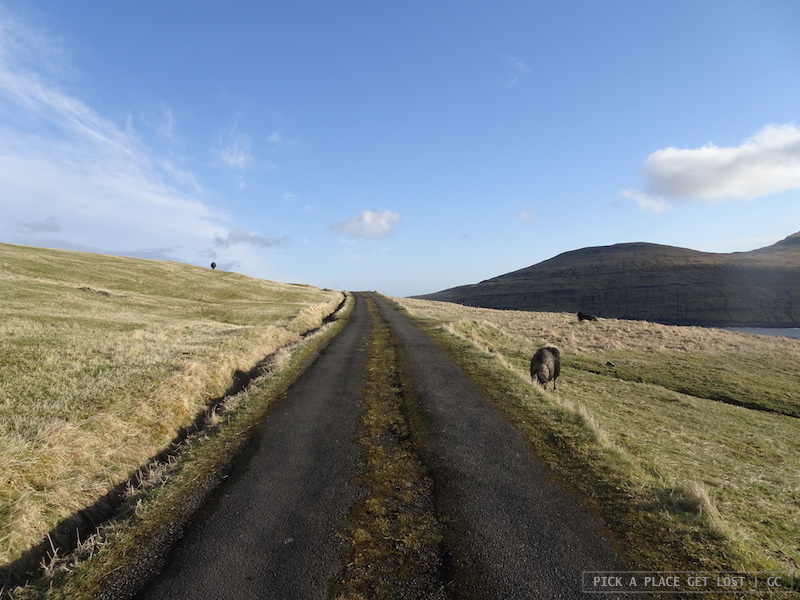 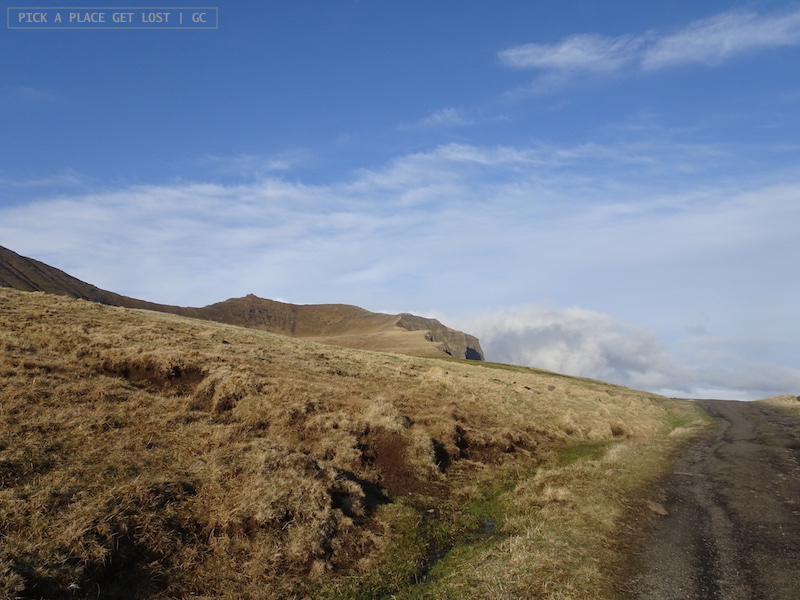 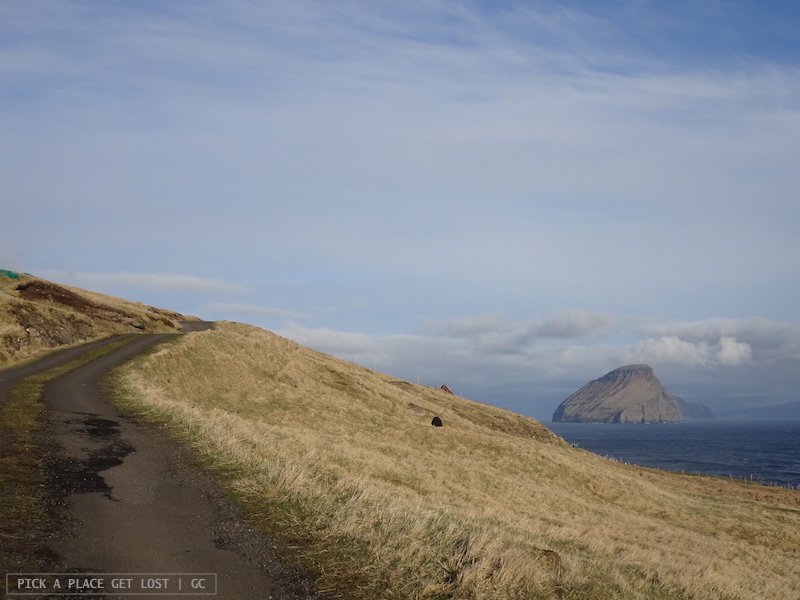 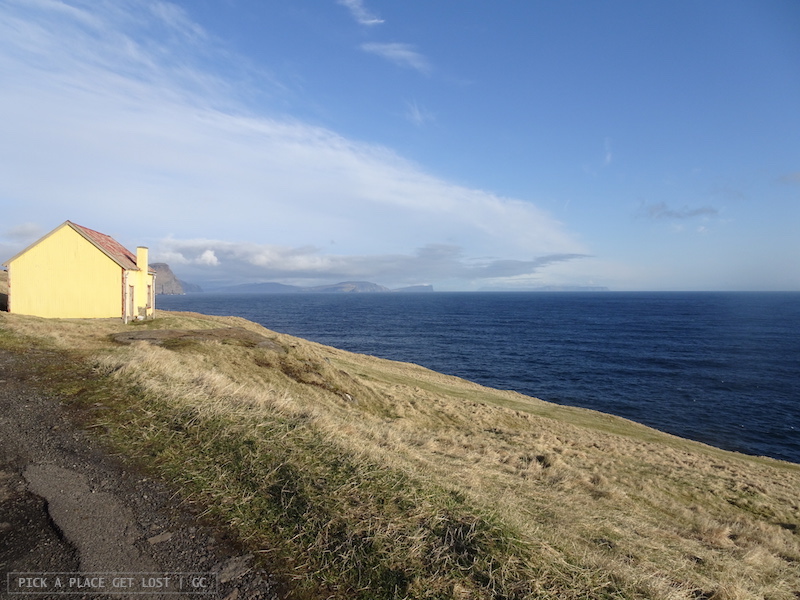