Since the outbreak of the war in Eastern Ukraine, the International Committee of the Red Cross has been keeping track of the people reported missing by their families. In September 2017 a labyrinth-installation in the heart of Kiev told some of these painful stories of life, search and hope.

Our Kiev sightseeing plan included Saint Sophia’s Cathedral, one of the main churches in the Ukrainian capital.

As we approached the church, though, we noticed a kind of ‘labyrinth’ entirely made of unhinged doors, window frames and wooden boards. At first glance the maze-like structure looked like some kind of funny, tourist-oriented game. It was a bit like a labyrinth-challenge thing straight out of an amusement park, but without mirrors, which are usually an integral part of such installations, as they make it even more difficult to find one’s way out.

The Kiev installation, though, had little or nothing to do with amusement parks and much to do with the recent history of Ukraine. 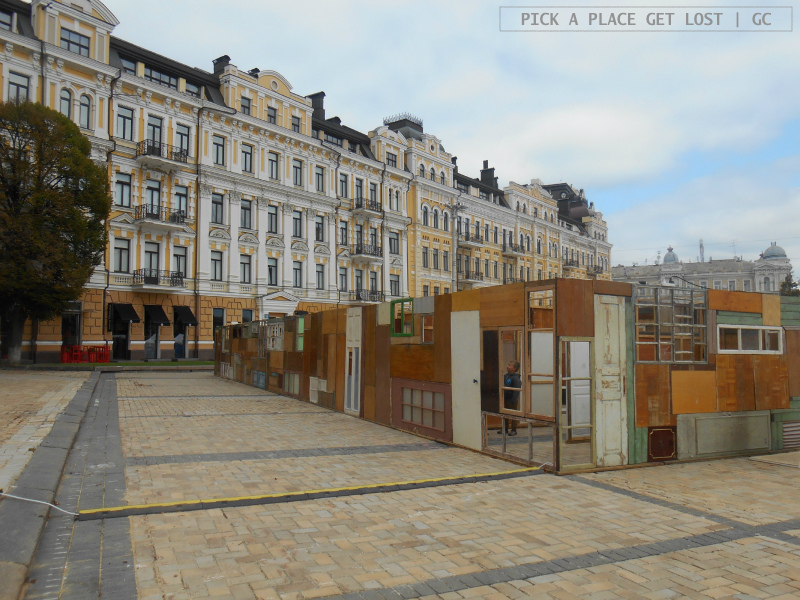 Since the beginning of the armed conflict in Eastern Ukraine, the International Committee of the Red Cross (ICRC) has been active in the country on a permanent basis. As part of its mission, it has been keeping track of the people reported missing by their families. Representatives of the Committee have been visiting and talking to the families of the missing people and have been hearing stories of life, search, pain, and everything that happens when a loved one goes missing.

The installation in Sofiyska Sq., titled No News, But I Don’t Believe…, was the result of this ‘daily activity’ by the Committee, and offered an insight into the painful reality of those stories, often forgotten or left out of the picture: the memory gaps, the enduring hope shaken by the silence, the utter lack of certainties to hold on to.

The labyrinth was a powerful metaphor of the limbo between hope and despair experienced by those who have lost a loved one and do not know what has happened to them. The structure was entirely built using random pieces of house furniture: doors, windows, wooden boards. Such choice of materials contributed to bringing the viewers closer to the subject of the installation itself: what they saw were objects of the everyday life of people just like them; nothing abstract or conceptual about it. 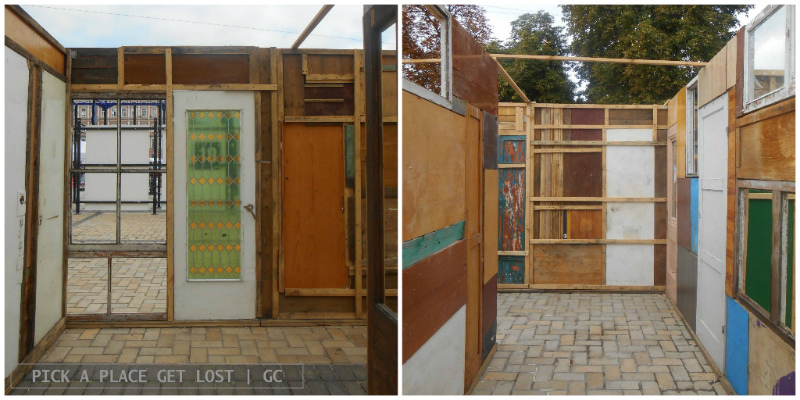 Here and there, across the maze, small loudspeakers played the recordings of statements by family members of the missing: they told when they had last seen or heard from their loved one, and what it meant to spend one’s life waiting for a sign, a trace, a hint of hope.

Throughout the labyrinth there were occasional openings here and there: a window in a wall, a door handle to push. The liberating feeling generated by these elements, though, was only temporary: the window was too small for one to cross through it or too high for one to reach up to it. Similarly, the door was not a real door, but a piece of wood glued to the adjoining boards.

Going around the maze (as we obviously did) was disorienting, alienating and claustrophobic. It was like knowing where you were, yet not recognising your surroundings because they were different though they were the same. The point was, as the leaflet read, that while the viewer was able to find and exit, ‘the families of missing persons are trapped in a labyrinth which becomes part of their life, repeating every stage over and over again in search of information about the fate of missing relatives’. 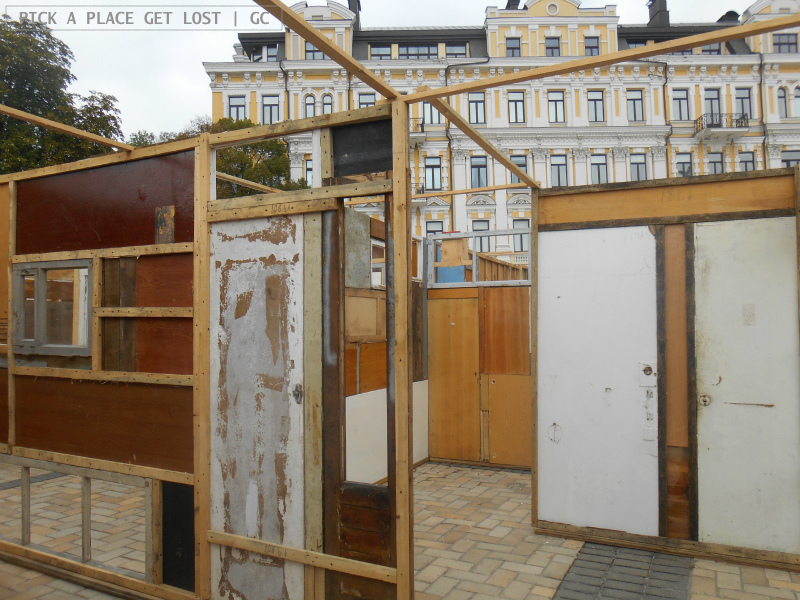 We saw and visited the labyrinth on 2 September, and I genuinely took it for granted that the installation was meant to be a long-term project, if not a permanent one. As I recently found out, the labyrinth was only for a mere ten days, between 31 August and 10 September, so the fact that we came across it during our sightseeing in the city was exceptionally coincidental.

It was a little disappointing to discover that the maze had remained in place for such a short period of time. I wish it had remained longer, if not made to stay permanently, and always remind how terrible it is to disappear, and how equally excruciatingly painful it is to be around without the unaccounted for.