I went back to Brno přehrada in late March, the air was springy, and I planned to walk all the way to Veveři Castle. So I did it.

24 Mar 2017. Okay, I’ve no idea what I’m doing here. Seriously. I’ve had this kind of sort of blog for a few months now, but I haven’t got any better at ‘playing’ with plugins and extensions and the like. Which I am totally and completely fine with, as long as I can handle the basics.

This time, unlike with all my previous posts, I’ll be brief. On one of my latest days off work I went back to Brno reservoir (Brněnská přehrada). The air was springy, and so was nature. I had this plan of walking all the way around the přehrada, and also go see Veveři Castle (Hrad Veveři), which we hadn’t managed to when we’d been there in February. But then, we were too focused on the frozen lake back then to care about the castle.

Second time was a charm, though. I did walk/hike all the way around the lake, and I got to see the castle as well. Usually I’d recount the events as they unfolded. Like, I could tell you how I turned left when I arrived at the anchor monument by the přehrada, and walked all the way down the non-existent lake shore on my way to the castle. 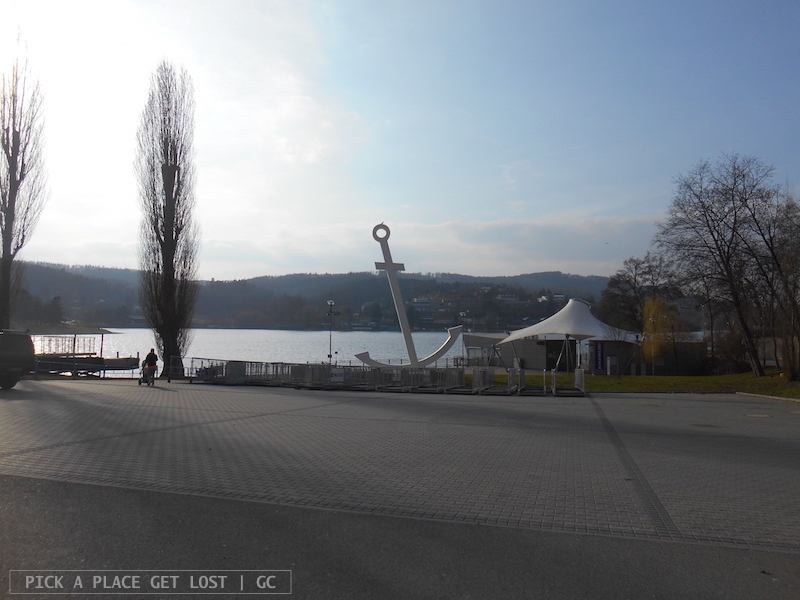 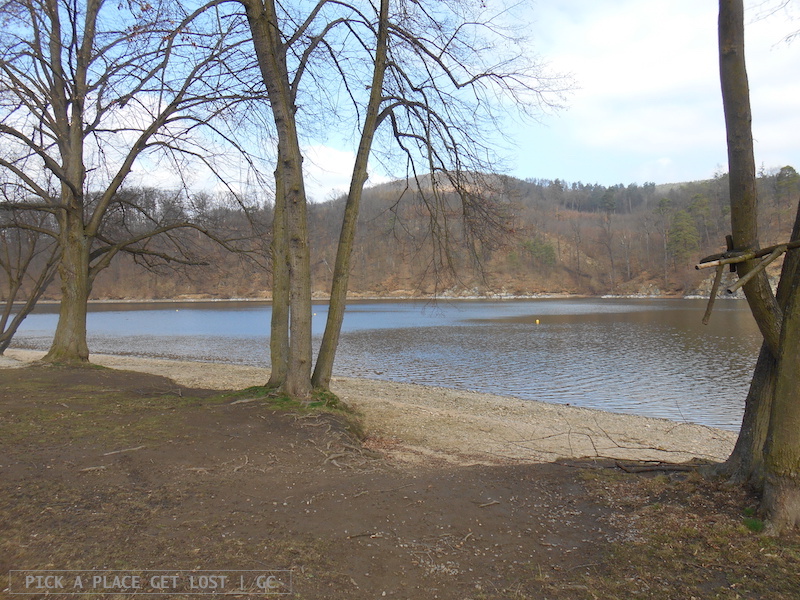 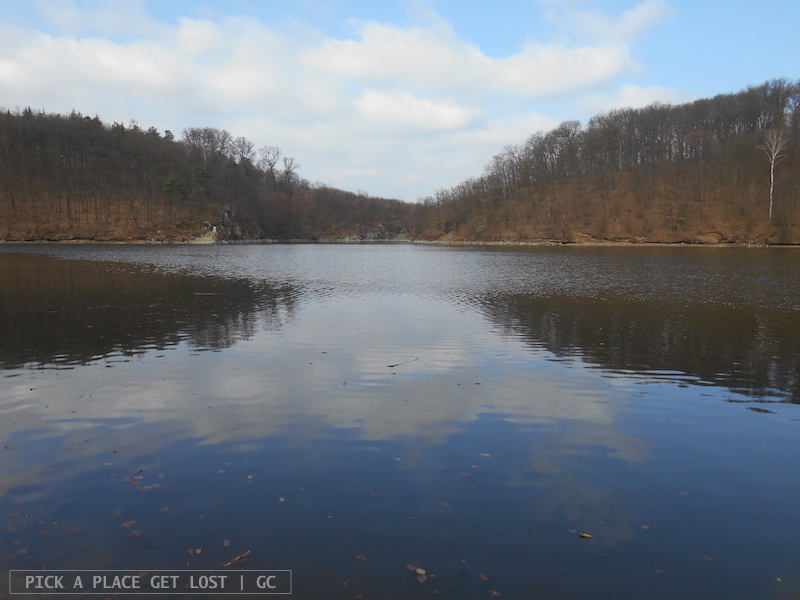 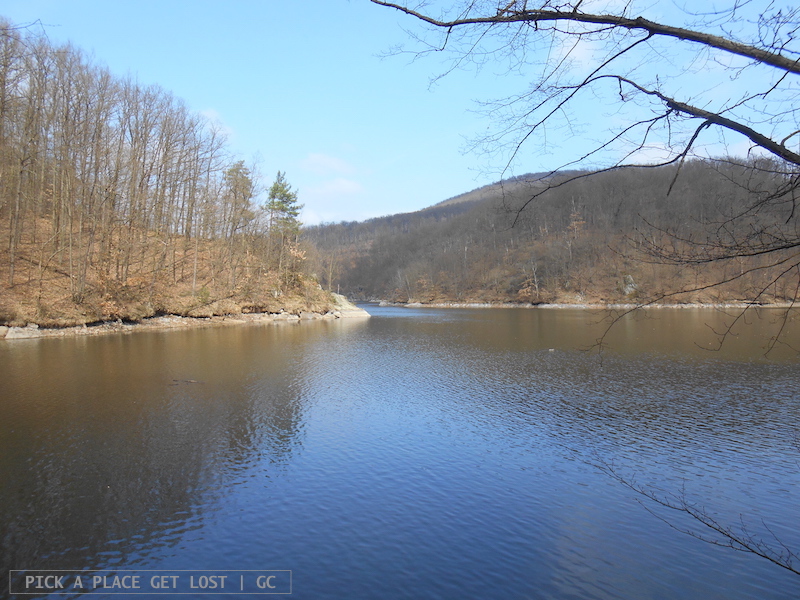 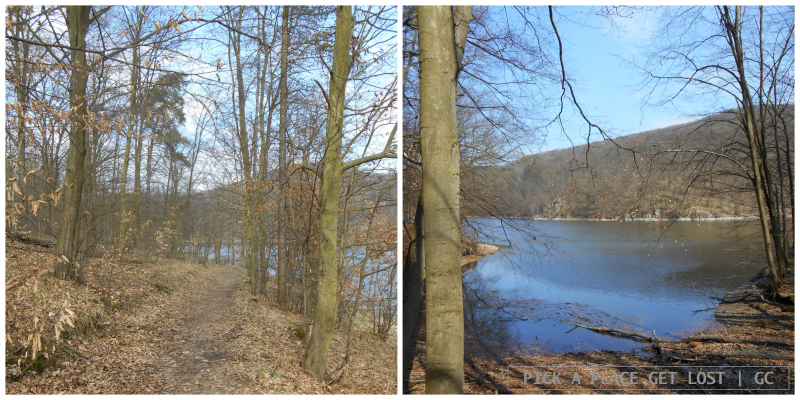 I could tell you how no one was around but for the occasional fisherman, and it felt so blissful to be there entirely on my own. I could also tell you how at some point I literally got lost in the woods because there was no path whatsoever and I had no idea where to go, but thankfully the actual car road was fairly close, so I managed to reach it and, as I stepped onto it, I glimpsed the tip of the roof of one of the castle towers, and I knew I’d got there.

Then I could tell you how the opposite side of the přehrada has the most picturesque trail all the way back to the anchor monument, what with its amazingly springy colours (springy being a key word here) and the air getting warmer by the minute. 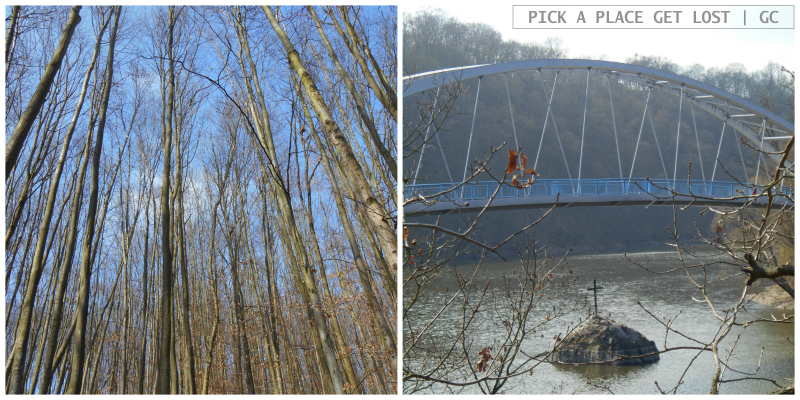 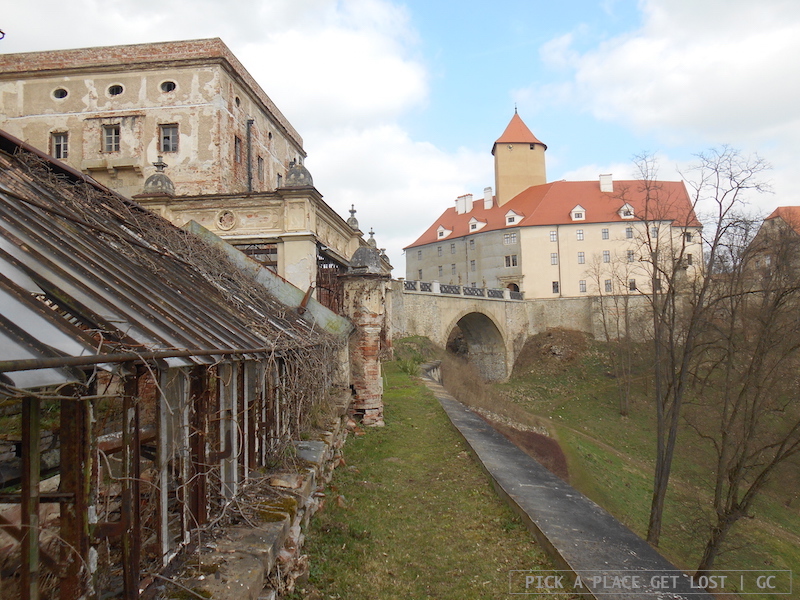 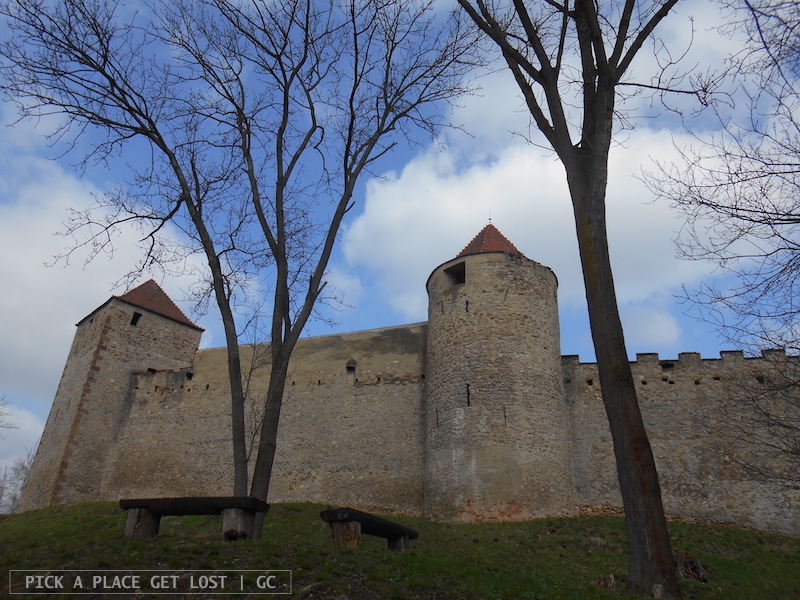 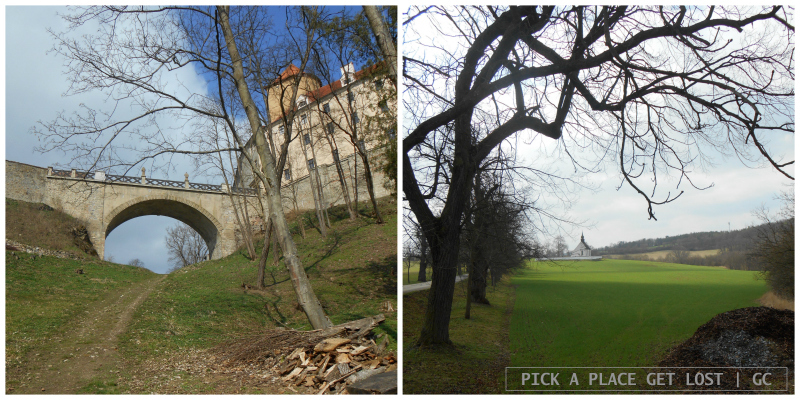 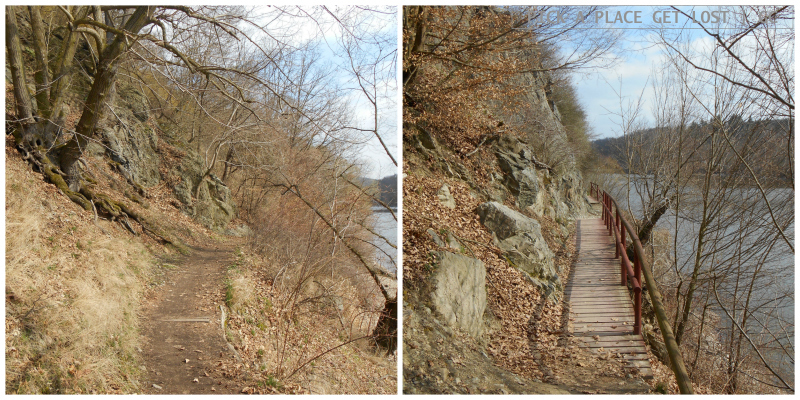 And then I could make one final remark, and say how stunning it was to see the colours change as the hours went by, how the landscape still looked all wintery and greyish when I got there in the morning, and then, slowly, it brightened up, warmed up by the springy sun, and turned into a painting sprayed with golden light.

I could tell you all of the above, but I won’t. Okay, fine, I just kind of did, but I was objectively brief. That’s because this time I’ve chosen a different pattern. I thought that, for a change, I’d cut the words and leave it to the photos. Because sometimes it’s better to just shut up and silently stare ahead. 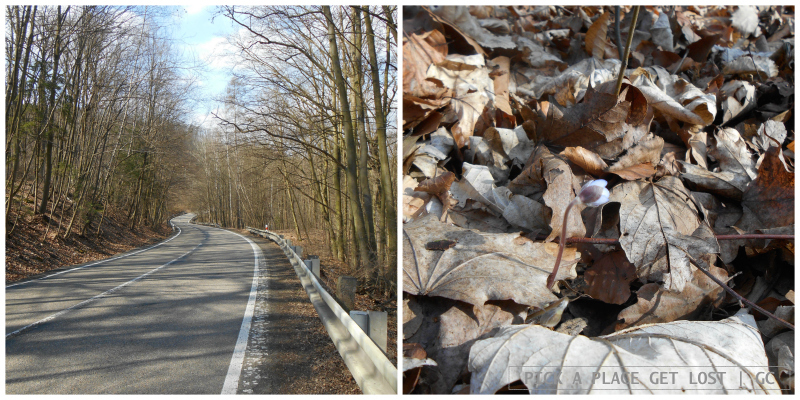 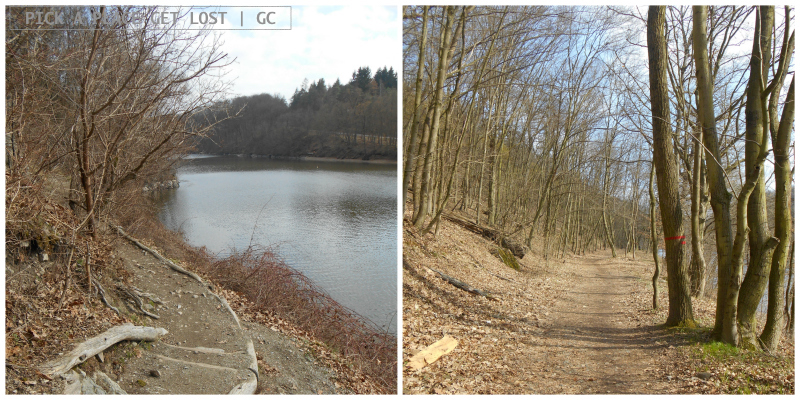 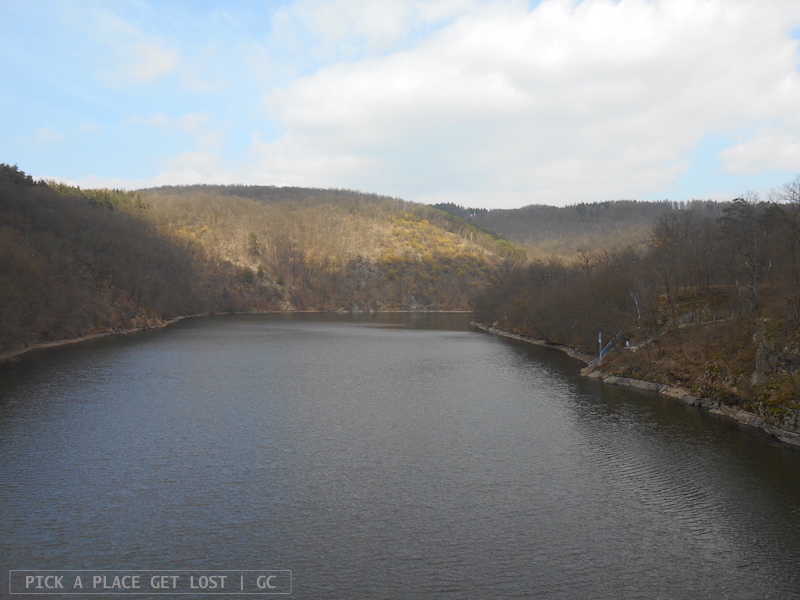 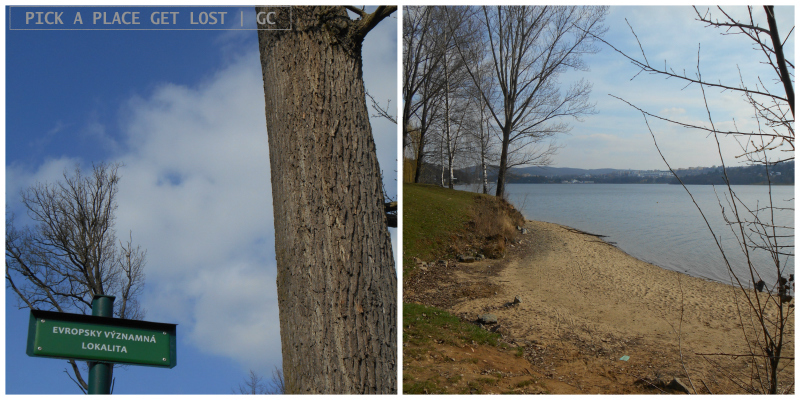 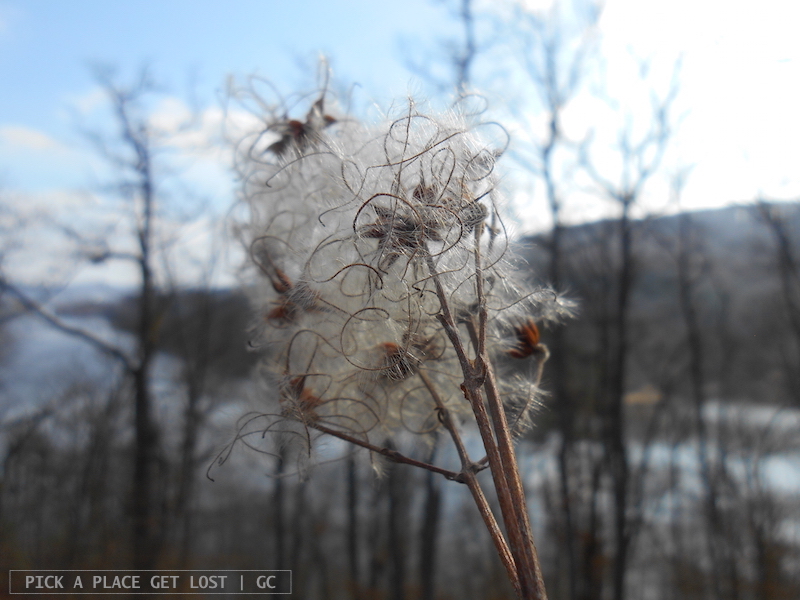