Of an ordinary Sunday run after work, Špilberk Hill coated in snow, and a wrong turn that took me somewhere new.

24 Feb 2017. 22 January was a lovely day. It was a Sunday and I had morning shift (my favourite), so I finished work at 3pm. Around 3.02 I logged out of my computer, placed my headphones in my locker, then I buttoned up my coat and rushed out of the building. My one and only goal till the end of the day was going for a run, and I wanted to make it happen asap. I ran up the stairs to the flat, waved Alina hello by the front door (she waved back, but later confessed she had no idea who she was waving at because she wasn’t wearing her contacts), and found Bobby ready for brunch after her ninth and last night shift in a row. 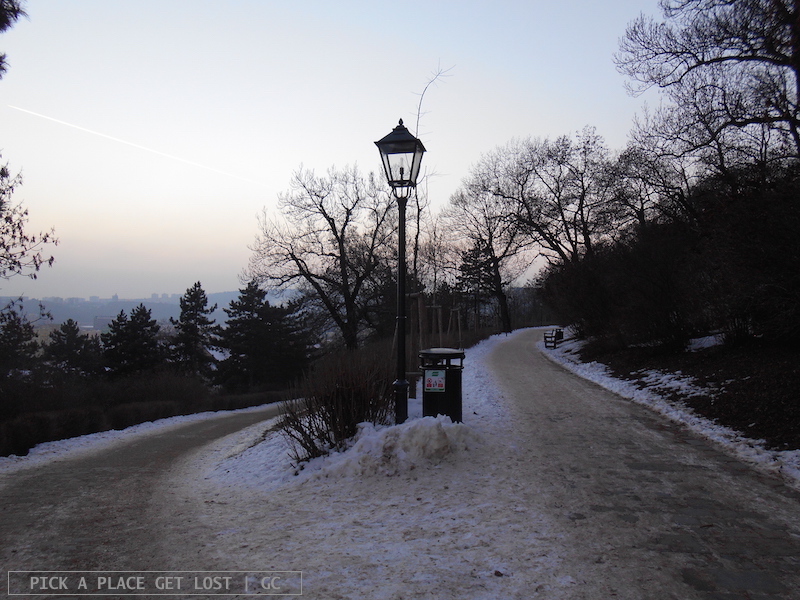 I remember relishing the surge of homey feeling I’d got upon arriving at the flat and seeing the familiar faces. When the feeling subsided, I rid myself of lingering work-related thoughts, slipped into my running clothes and ran straight toward Špilberk Hill. As I ran uphill off Úvoz, it was still daylight, but by the time I reached the hilltop, daylight was no more: it had suddenly switched into twilight mode. Yesss. 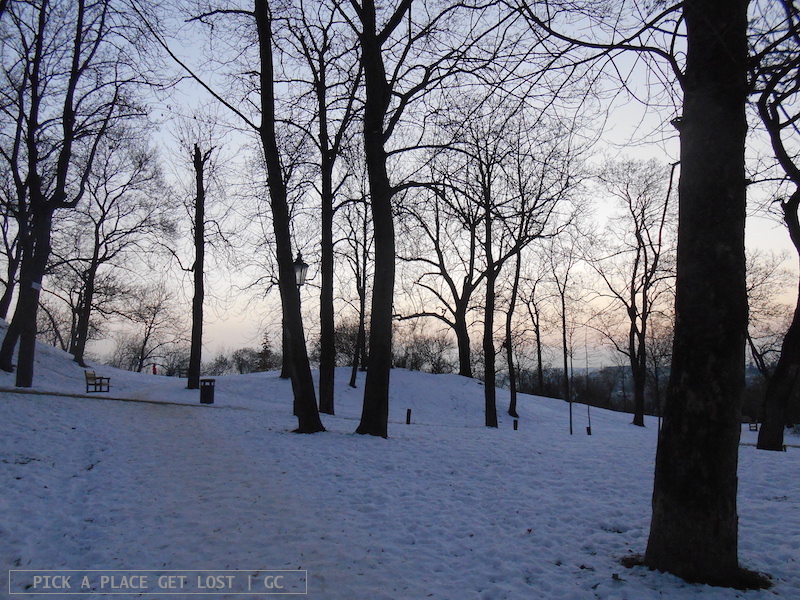 I’m always, invariably mesmerised by twilight, which is, alongside early morning, my favourite time of the day. It’s not dark yet, so the sky is tinged with fifty shades of blue, but it’s no longer daylight, because if it weren’t for street lamps you’d barely see a thing. I utterly and completely love being out and about at twilight. I don’t care where I’m heading, nor whether I have a place to go to or I’m purely wandering about: twilight has a truly unique feel to it, and there is always something special about it. 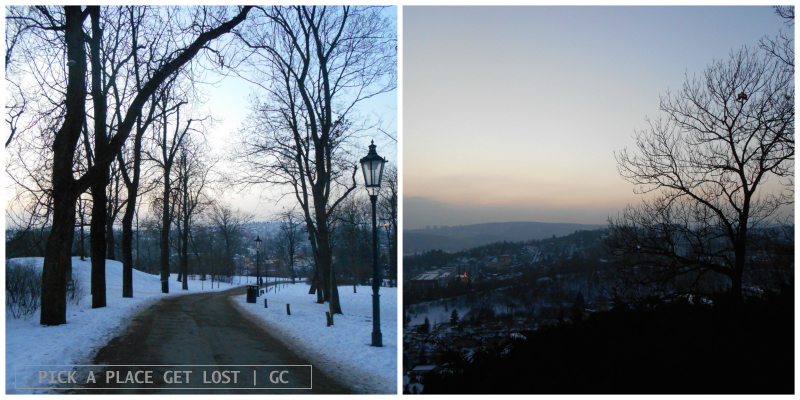 On 22 January I goofily ran to the top of the hill, which was an accomplishment in itself, seen the exceptional amount of snow that covered the beaten track. I repeatedly got lost, because I’m only just now growing familiar with the countless trails up there, but seriously, right there and then I had no clue where I was going and I loved it. And I was barely looking ahead anyway, because my eyes were glued to the sky and the bare trees, which looked even blacker and sharper than usual against the twilight background. 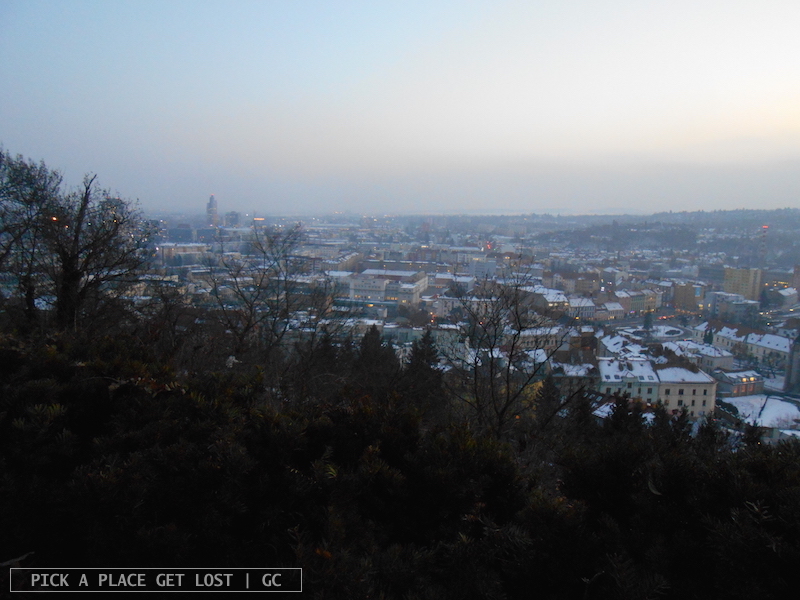 I ended up running back downhill toward Úvoz, which was cool, as I had ran all the way from there. In fact, I can’t still quite explain how I managed to pick the right trail downhill. I came across an Orthodox church along the way, and for a few minutes it felt a bit like being in back in Russia. When I reached the junction with Úvoz, I ran straight across the street, confident that I was heading toward Náměstí Miru (Peace Square) and Kraví hora (Kraví hill), i.e. familiar places, you know. Realisation dawned when I suddenly and unexpectedly found myself in the middle of a large square dominated by a tall, concrete monument surrounded by colour-changing lights. Where the hell am I. 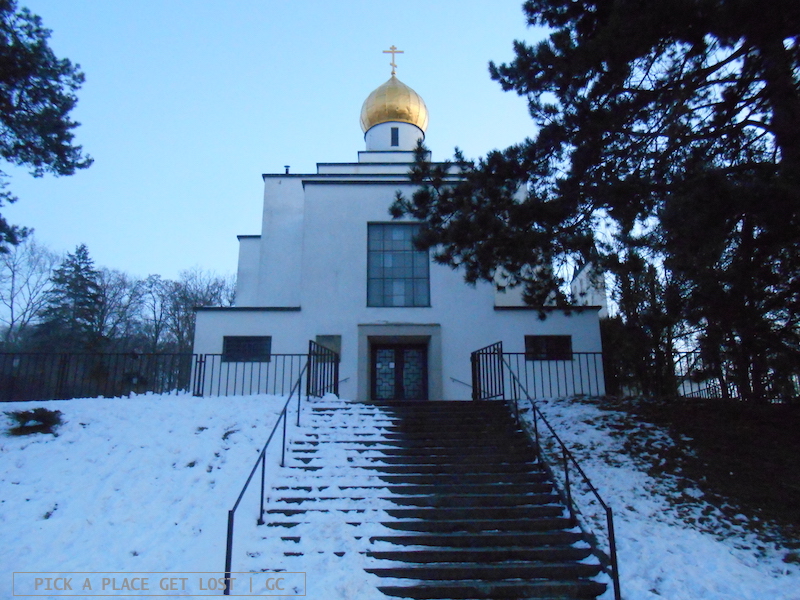 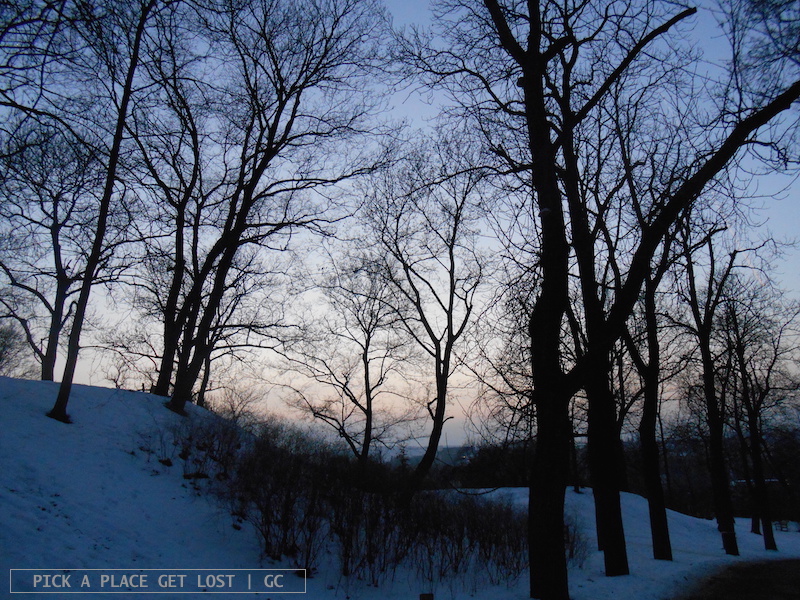 But it was cool. It was chilly but not unbearably cold, twilight was almost gone, and the lights against the monument looked as bright as the air was sharp and clear. And there was barely a single living soul around, which made it even calmer and more silent than it already was. As I understood when I ran back to the Úvoz junction, I had actually gone up the road that ran parallel to the one leading to Náměstí Miru, so I’d ended up in Vaňkovo náměstí instead. It still didn’t matter, though: even though technically I’d got it super and completely wrong, it somehow felt like a good time to pick the wrong way and be content to follow it. 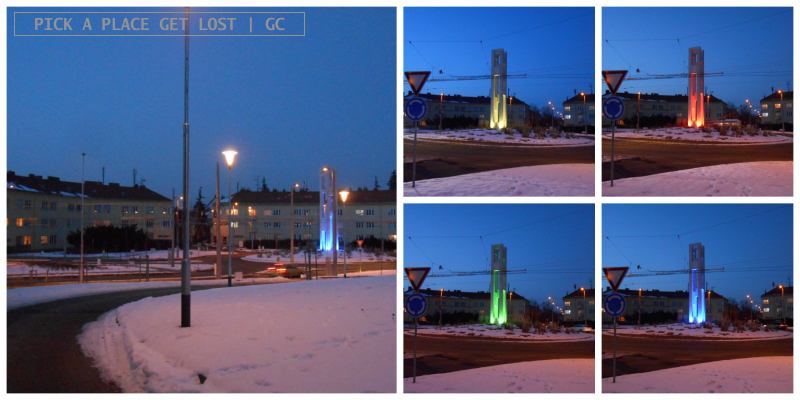 By the time I got back to Mendlovo it was officially evening, the hills surrounding Brno were all lit up in the distance, and the air was getting chillier by the minute. After I got home and showered, nothing extraordinary happened, only instant coffee and bread slices with jam and/or chocolate cream. But Bobby and Alina were still around, and I relished the homey feeling again. Which goes to show that there’s always something special about twilight.