Anthropos Park is amongst Brno’s main green areas. Let’s go for a walk through the park’s snowy whiteness and candour on a cold winter day.

18 Feb 2017. I don’t know why it took me so long to write about Anthropos park. After all, Anthropos really is one of Brno’s main parks/green areas, so one would rightfully expect to hear stuff about it fairly early, talking about points of interest in the city. After all, it didn’t take long for me to waffle extensively about Lužánky park and Wilsonův les.

Maybe I felt I’d be sounding repetitive and predictable if I’d labelled all green spaces in Brno as ‘very green’. Or maybe, ‘green Anthropos park’ is just too mainstream and ordinary by its own standards. Either way, as you may have guessed by now, in this post I won’t be praising Anthropos’s meadows, leafy trees and green grass, but more like going for a walk through the park’s wintery whiteness and candour. 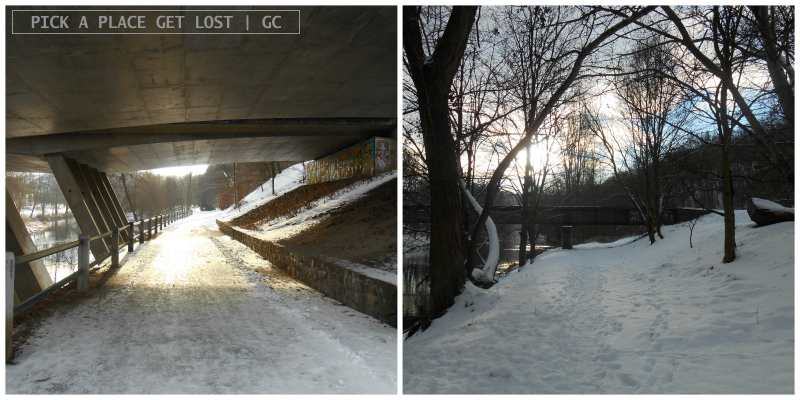 I didn’t even know Anthropos park existed until, on my very first day of work in Brno, bus 25 drove through a seemingly endless wooded area stretching on both sides of the street as far as the eye could see. ‘Wait, what is this?!’, I asked myself, in disbelief. ‘I have to find out!’ It actually took me a few weeks to even plan a proper walk around the area, what with shifts at work and additional extra stuff that kept me busy all the time. Suffice it to say, though, that since that very first walk I’ve yet to get tired of wandering about the seemingly countless trails twisting and turning across the woods. Well, understandably so. Whether you’re actually addicted to nature or only fancy the occasional outdoor stroll, Anthropos park is a place to be. 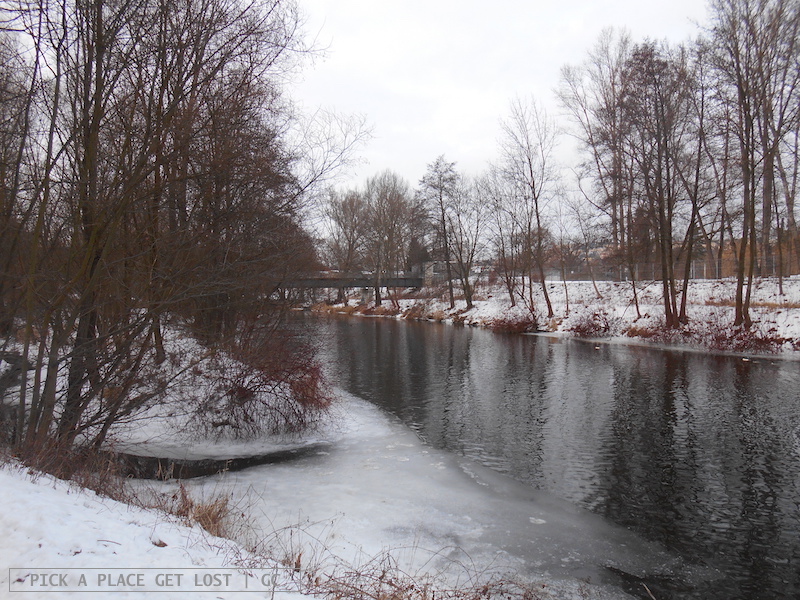 One of the main entrances to the park is right by the bus stop, so you may want to start from there. Walk past the rugged stone sculpture of the prehistoric man astride the horse (which, if you look at it from behind, is truly and literally and objectively The Most Phallic View You Will Ever See – WHY Brno, whyyy), give it another couple of minutes and you will be caught up in the maze of trails, hills and brooks that make Anthropos what it actually is, i.e. a little haven in the heart(-ish) of town. 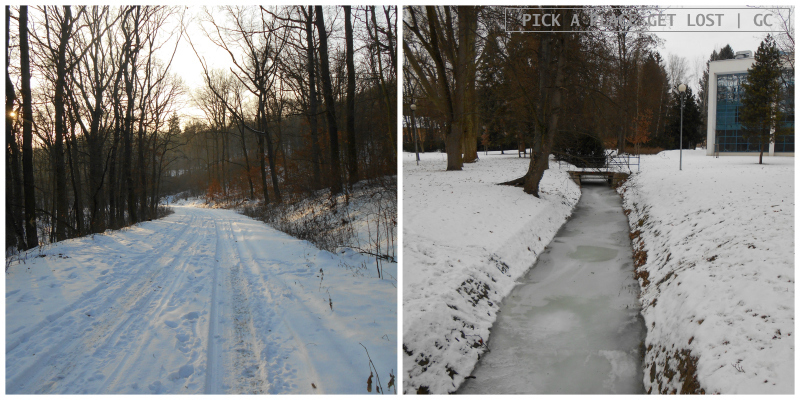 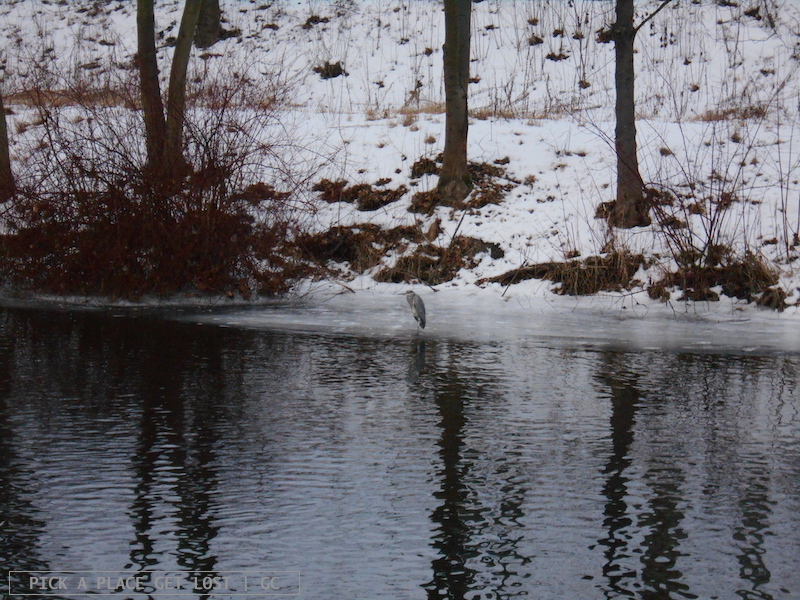 The first time I walked through the park for the sake of getting lost in it I was overwhelmed by everything. I kept to the path that runs left of the old football pitch (or at least, what I guess is the old football pitch from the old stadium), after which I found myself at the first (in a long series of) crossroads. Where to now?, I thought. Okay, go left, under the bridge, and… oh hell, another junction. Okay, left again, toward the river, and… yaay, the ducks, finally. I had yet to spot a single duck since I’d been in Brno, so it was a relief to establish that ducks lived and thrived in Moravia as well. 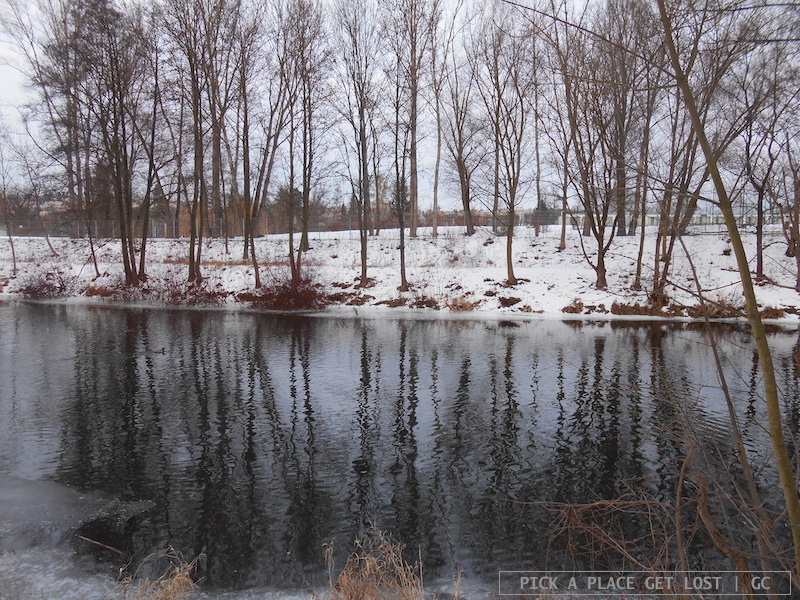 I walked on, under a second, smaller bridge, and bumped into a sign that read ‘Památný strom’ (‘Legacy Tree’). The sign was standing right next to a huge, massive, presumably (usually) leafy tree. Little did I know about Památné stromy back then, and how there are several of them scattered all over the city (I’ve seen three so far). I stopped and looked up, and I eyed a squirrel furtively trotting its way up the truck till it disappeared into the treetop branches. I walked on and got to a third junction. 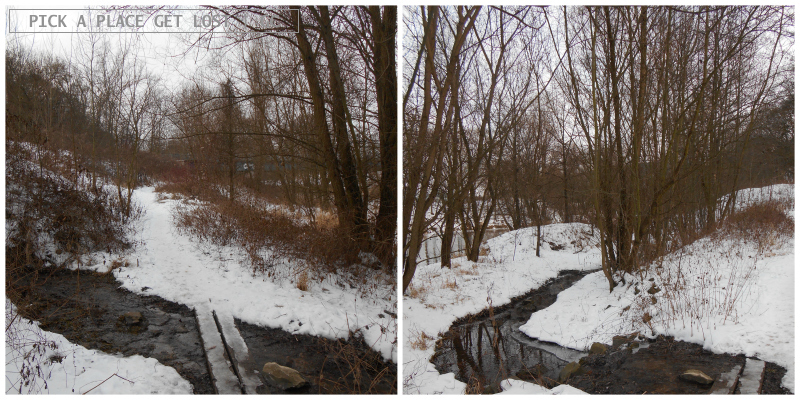 I kept to the main path, walked past the Jungle Park (since that day a steady entry in my to-do list for the next spring/summer season) to a point where I resolved to walk back because I wanted to save for the next run some unexplored spots potentially located further up the trail. I took another narrow trail through the forest, which led to a broad plain where the deafening silence of the woods was only muffled by the crispy leaves crunching underneath my feet as I briskly stepped on them on my way uphill. 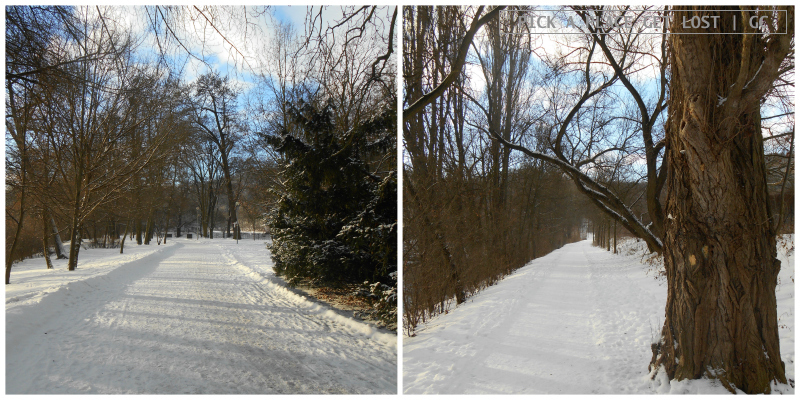 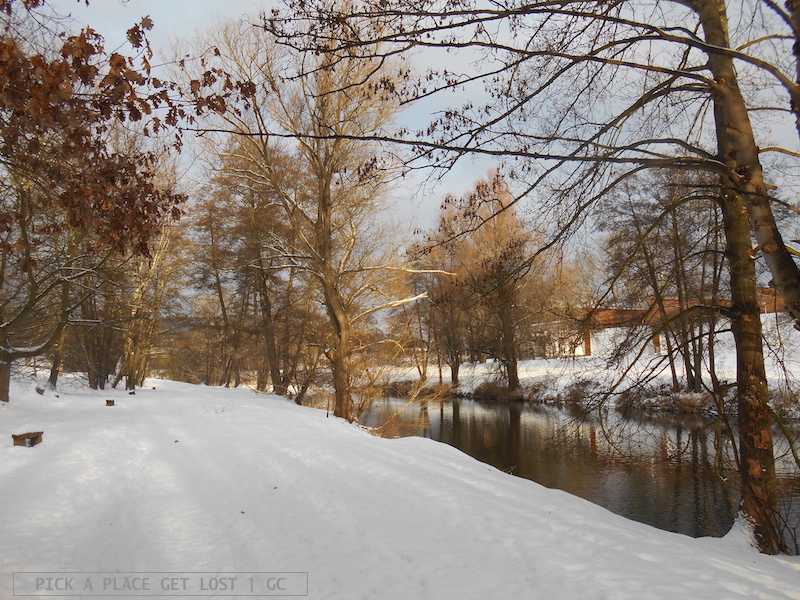 When actual winter finally came, Anthropos turned very snowy and pale, a bit like when you find an old receipt in your coat pocket, but all the ink is gone from it, and it looks completely white. You could no longer tell what lay beneath the snow, whether it was grass, cobblestones, earth or tarmac. You could still hear the crunching noise beneath your feet, only it was the snow that produced it, because the leaves were trapped underneath the layers of white. Even the ducks were still there, but instead of standing on earthy ground, they were tentatively treading on the ice sheets that partially covered the surface of the river.

The silence, though, was the same, equally deafening and equally muffled by the crispy snow. Yes, because some things do not depend on seasons, and the colours may be different every time, but the blissful feeling of wholesomeness is a real thing all year round. 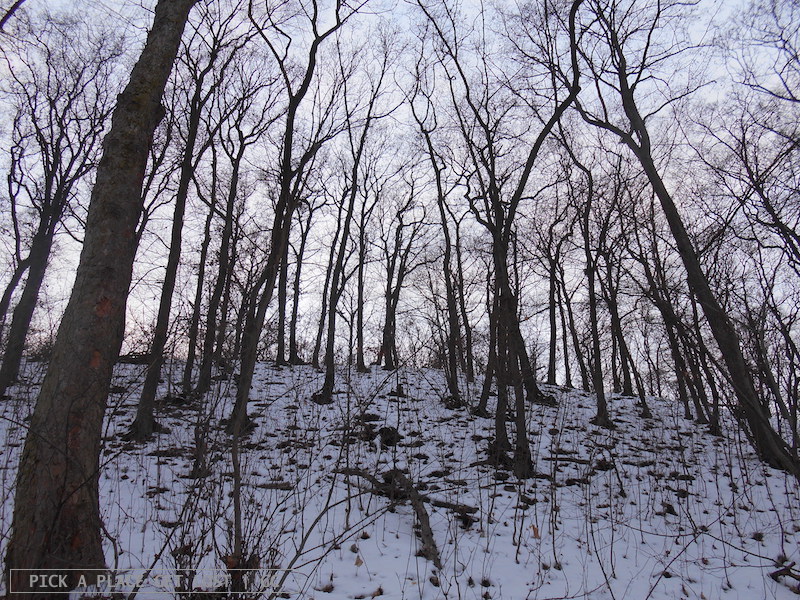 After spending two seasons (more like one and a half, like half autumn and almost all winter) around Anthropos, my conclusion is that it is like the Russian matryoska dolls, where something beautiful opens up before your eyes, which then leads to something else (equally beautiful), which in turn leads to something else (equally beautiful), and so on. Except, with Anthropos you don’t ever seem to get to the smallest doll. I’ll keep looking for it over the next spring and summer, but I don’t expect to ever run out of trails to walk.