Pieces of Brno I discovered by pure chance, only by scanning the city map on a sunny winter afternoon: Wilsonův les, Náměstí Miru and Kraví hora.

2 Jan 2017. Really, I’m a ‘mapaholic’. I’m not even sure this word exists or makes sense in the first place, but I’m confident that, should it not be the case, its meaning can still be easily grasped. I love maps and, even though I’m a tireless supporter of the notion of aimless wandering about, I still can’t help studying meticulously the map of the very same city whose streets I like walking without knowing where I’m heading for.

To me, these two approaches (i.e. inductive and deductive, remember?) complement each other exceptionally well, and are equally essential and necessary when it comes to growing familiar with a city that still comes across as largely unknown. I regularly refer to the Brno maps I’ve collected since I arrived in the city, and I’m happy to say that, so far, places initially spotted and marked on the map, and subsequently explored in first person, have always turned out to be amongst the greatest surprises. 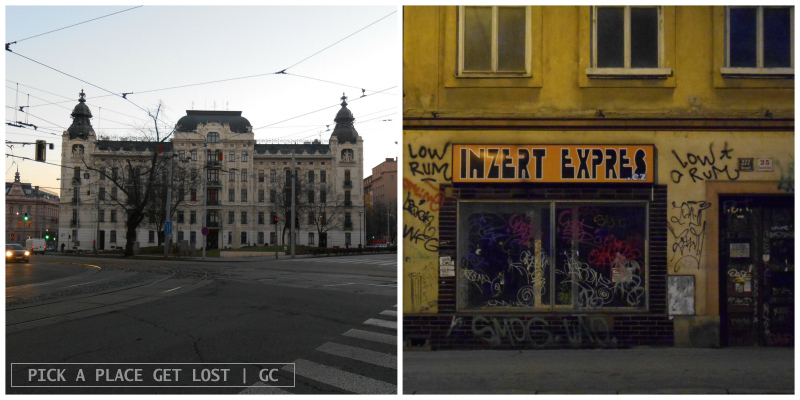 I realise that the ‘mapping-checking out-being left in utter bewilderment’ sequence works particularly well with parks, woodlands, and green areas in general. All in all, I’m not surprised. Yes, because, however accurate and detailed the map, it is inevitably much tougher to mark each individual trail or footpath on a city map where, incidentally, all green areas look invariably alike, and are inevitably marked by green monochrome ‘stains’, often of unidentifiable shapes. Which makes it easier to get lost, but also to come across marvellous spots or views literally by chance, if not by mistake.

Wilsonův les (Wilson Wood) is a case in point: it truly made my day when I first ended up there, purely by chance, on a sunny winter afternoon. I actually learned its name only hours later, when, comfily sat at my kitchen table, I google-mapped it, eager to find out where I had spent (and would be spending) so much of my time. 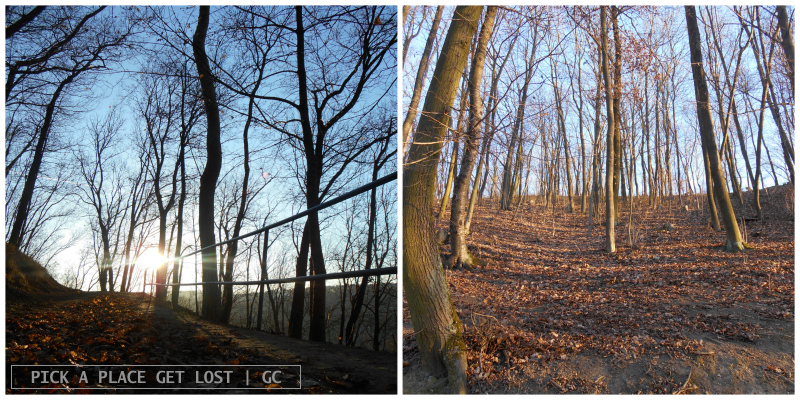 I’d carefully planned that afternoon walk in the morning, using the Brno map that, of all the Brno maps I have, showed a much broader urban area than the city centre alone. Weather wise, I coincidentally picked one of the most perfect days ever: I don’t think I’ve ever seen such clear blue sky over Brno since I’ve been around, and even the sun kept your cheeks warm, despite the crispy winter air.

I wanted to go to Náměstí Miru (Peace Square), because I’d seen it written on the front of a tram no. 4 (of which it’s the final stop), and I wanted to see what it looked like. I don’t know, it had a solemn feel to it. Also, Bobby accidentally mentioned Kraví hora (Kraví hill) was also located in the area, and that also sounded interesting, so I thought I’d go and have a closer look. 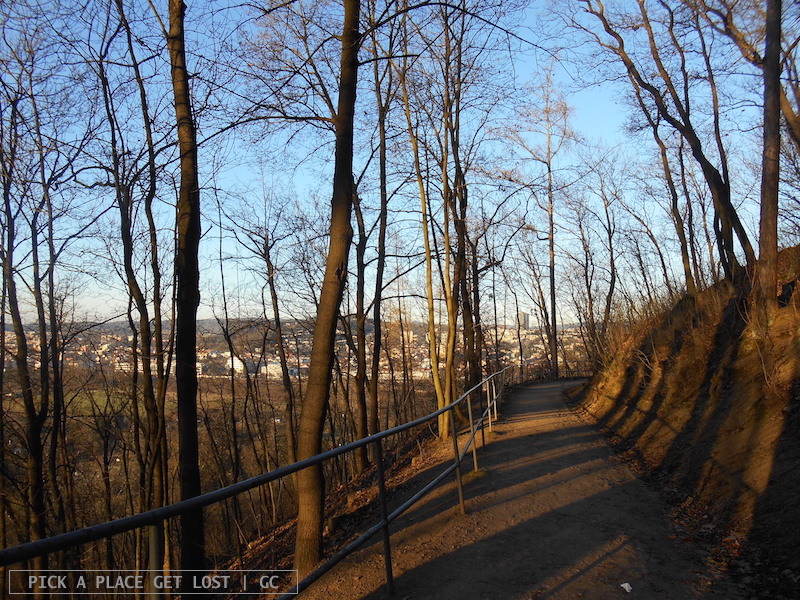 I soon realised that Náměstí Miru is at the very top of Údolní Street, and that, despite being fairly large, it’s not as vast as the name suggested, as St. Augustine Church and the tram stop take up a good two thirds of the square. As for Kraví hora, it lies on the right of the square, as green and relaxing as a desktop background, but real and popular with locals.

The walk from Údolní St. to the square confirmed a recurrent impression of Brno I’d already got a couple of times when I visited less crowded, less central areas of the city, i.e. how these areas look nothing like the centre, but exceptionally similar to each other and, to some extent, to a sparsely populated mountain locality. 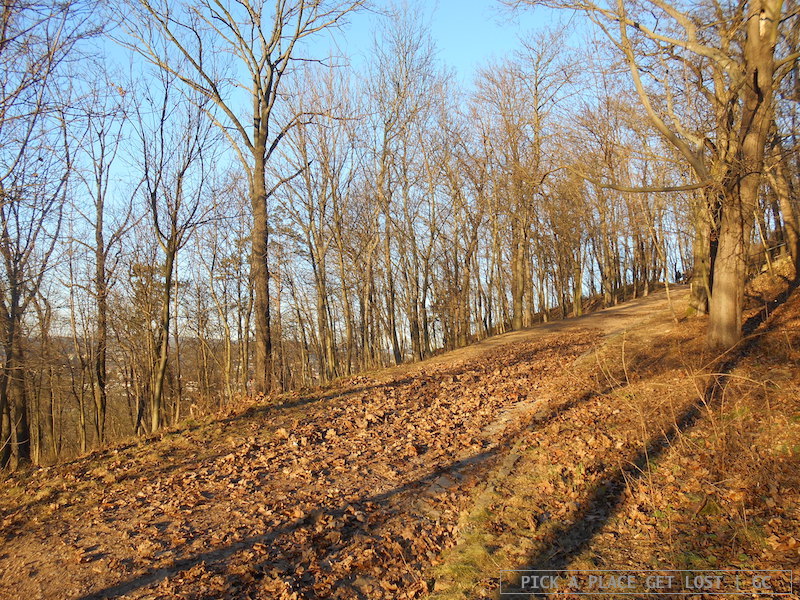 This ‘rural’ look is actually justified by the fact that the Brno district where Wilsonův les is located (Žabovřesky) results from the grouping of three villages (formerly agricultural settlements), which went on to become part of what is known as the ‘Greater Brno’. Long story short, this area is somewhat peripheral by definition.

Before ascending the hill (where, incidentally, the Planetarium, the Observatory and some to-be-visited-asap Dinosaurs’ museum are located), I had a casual look around. Except, I happened to walk down Krondlova St. and, well, next thing I knew, I was strolling down a narrow trail in the middle of a previously unexplored urban forest, which overlooked the city and consisted entirely of tall, thin bare trees. 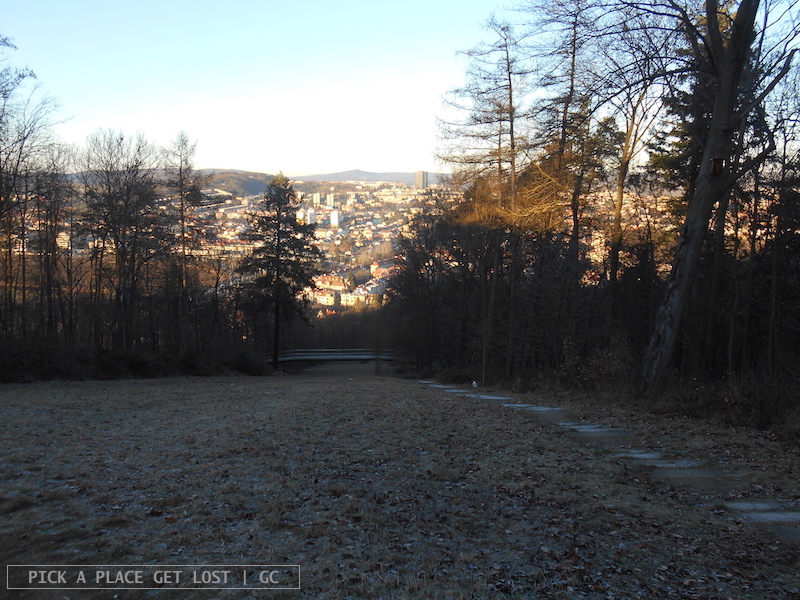 I had no idea where I was going, but I just kept going: I wanted to see where I would end up. Plus, it was utterly beautiful. I mean, it wasn’t what I thought I’d get, but thank you for inadvertently showing me the way to the beginning of the path. Apart from the occasional local, busy escorting (or being escorted by) their dog(s) along the trail, all I could see were trees and blue sky, and all I could hear was silence. 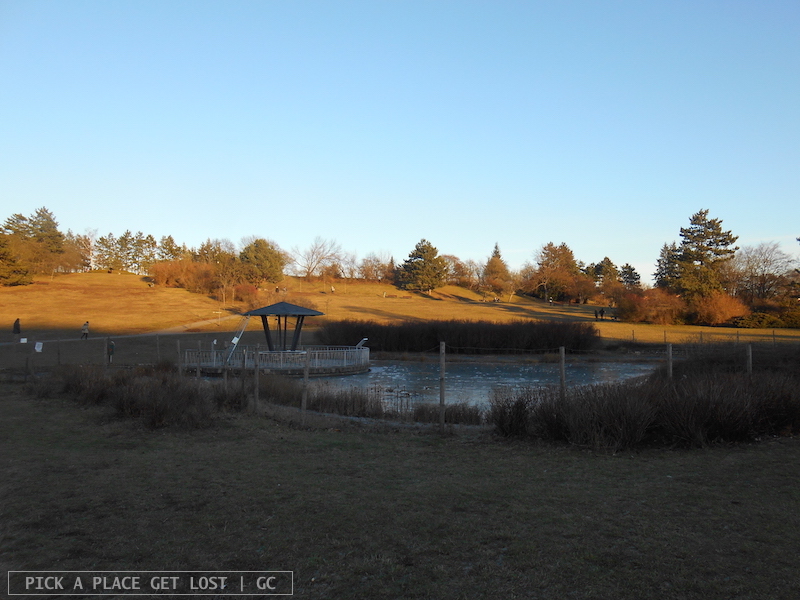 The sun was already going down, so I walked faster, as I had no clue how long it would take me to get back to square one. I eventually found myself on Wurmova St., which, surprisingly, led straight to the bottom of Kraví hora.

The sun was more like sinking slowly by then, and the light had a warm yellow tinge to it, which cast a golden shadow on the grass covering the hill. I made a mental note of going back to Kraví hora in due time, as the UFO crash site and the dinosaur silhouette behind the glass wall of the museum qualified the site as a highly appealing point of interest. 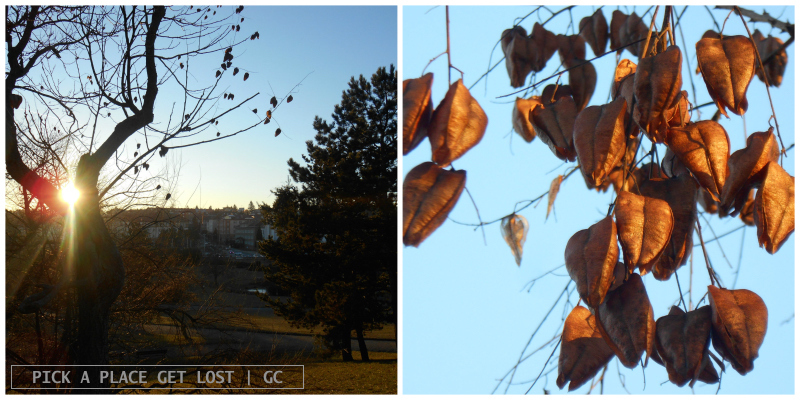 As I walked down the hill slope on the opposite side from Náměstí Miru, it suddenly started getting chillier by the minute. I did my best to walk down Veveři St. for as long as I could, but after Veveři changed into Mlinka St. (and I felt like I was a hundred light years away from the Brno I’d known until then), my feet and I felt we’d had enough, so I walked back to the very bottom of Veveři, which happens to lead straight to Moravské náměstí. 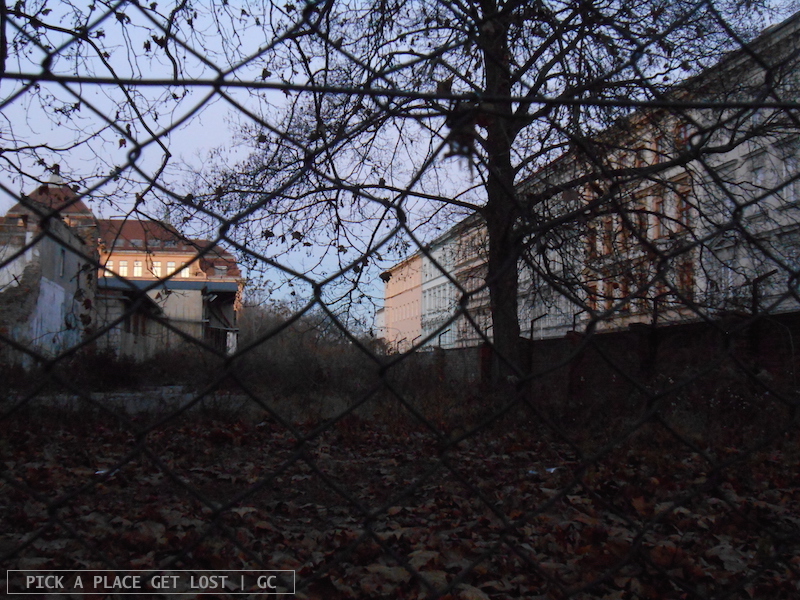 By the time I got there the sun was long gone, the sky was almost dark, and the ten minutes left before my bus came surely too many for my icy frozen toes. Yet, I couldn’t help thinking: ‘I loved this’.