24 hours in the Rovaniemi winter light: the Arktikum, the city centre, (false?) impressions of northern lights, and a walk in the freezing cold, blue light.

Day 2 was ‘free day’, which, after 24 hours of obeying the ‘orders’ of the guides and marching from one place to the next to comply with their given schedule, made my Mum and me feel like inmates blessed with a few extra hours outside.

We fled the hotel straight after breakfast to avoid being intercepted by anyone that could possibly keep us from making the most of our freedom. 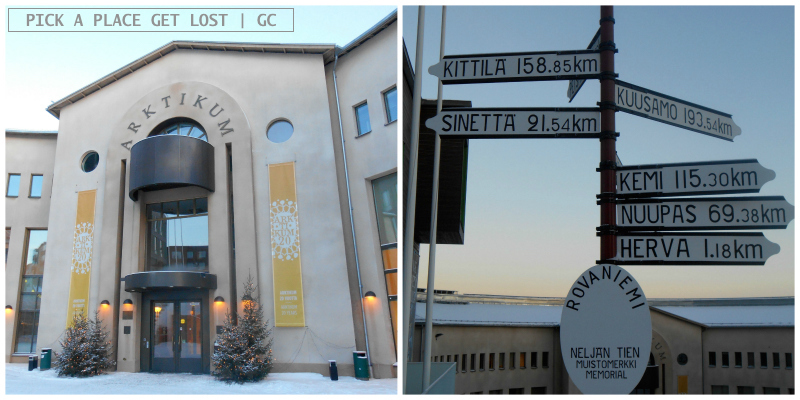 The next 24 hours were all about happily strolling around town. We visited the Arktikum, i.e. the Arctic Science Centre and Museum. I loved it. It’s a compendium of everything Finnish (and Nordic in general), from history to Sami traditions to contemporary Finland. The building is fairly large, the displays well arranged and the narrative dense and super interesting.

There’s plenty of information about the lifestyle of indigenous people living in the Northern regions, the tight connection between man and nature in the North, and Lappish traditions and culture. There’s also a northern lights theatre, which describes the way auroras are generated and screens a simulation of a dancing lights show in the dark. 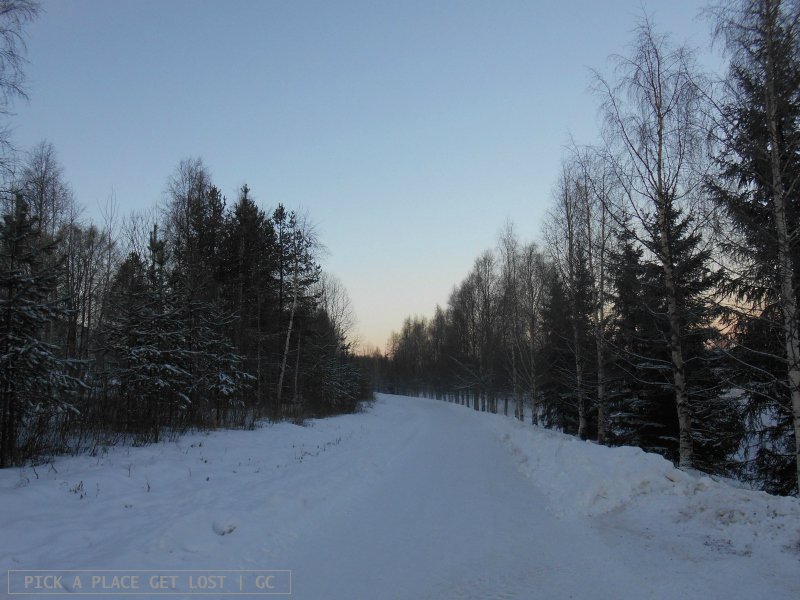 After briefly strolling around the centre, we took to the footpath that looked the snowiest and seemed to take literally off the beaten track. The path ran parallel to the main road, but the road was hardly visible, as on both sides the path was flanked by tall pine trees, so much so that you could only barely tell where you were going or how distant the road ran next to you. 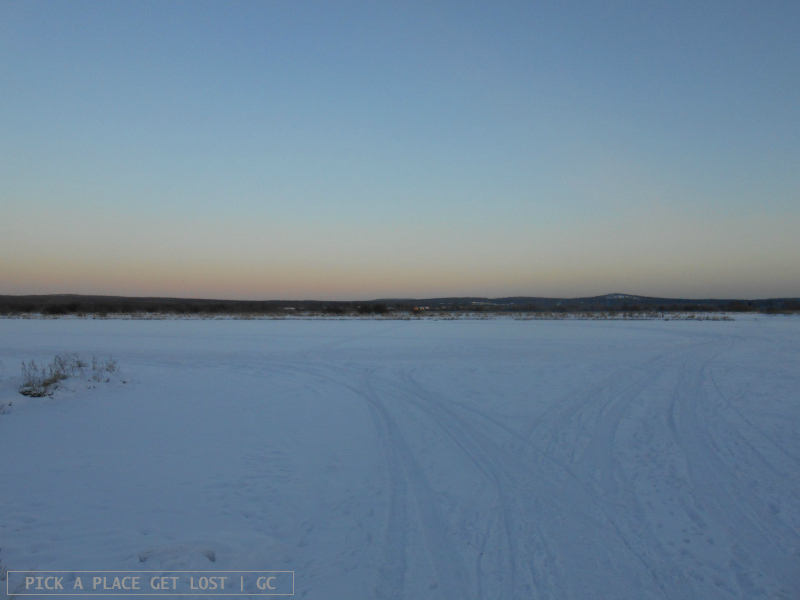 Because we didn’t really care where we were going (in fact, that was the whole point), we walked on for as long as we felt like, the only audible sound being the crispy icy snow beneath our feet. The sky was deep blue, yet already turning to the palest shade of yellowish, a clear sign of the impending early sunset. 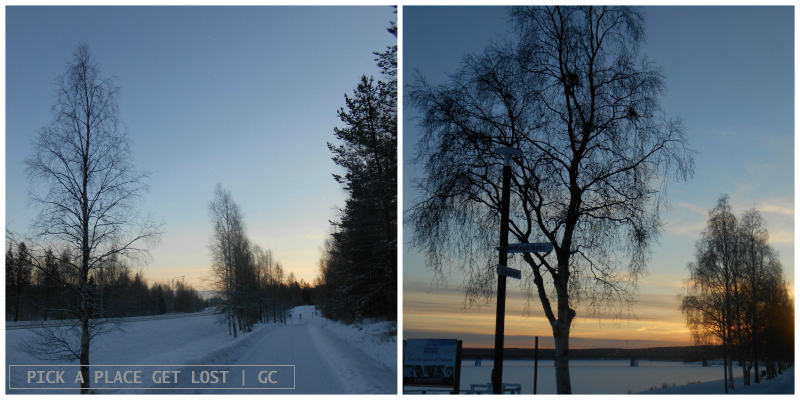 The hour or so spent down that snowy path counts as another one of my favourite memories of Lapland. After all, what else could I ask for? ‘A breathtaking sunset’, you may reply. Well, I didn’t ask for it, but a breathtaking sunset is exactly what we got shortly after leaving the snowy path and making our way to the hotel. Just as we crossed one of the bridges over the pond, the sky turned orange, and it was amazing. 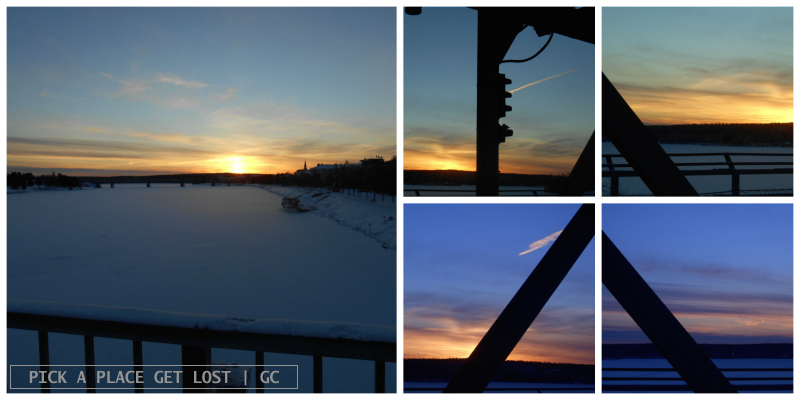 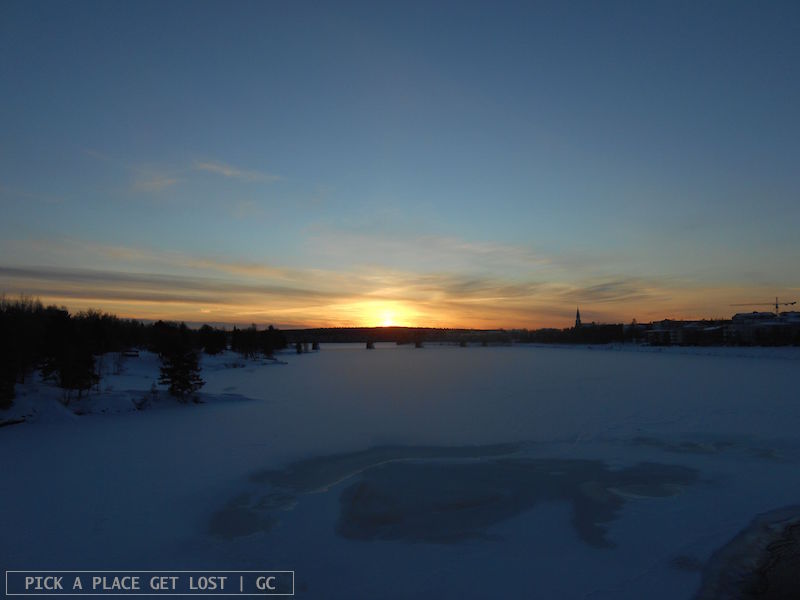 A similarly breathtaking sky we were able to admire two more times within the next twelve hours, and both times we were left with a mixed feeling of awe and utter astonishment.

The first was in the evening, when my Mum and I had our final walk along the pond. I was just telling here how ‘one of the things I love about the northern lights is that they are silent and quiet, and you don’t actually hear when they’re coming, but you have to keep an eye glued to the sky to see them appearing out of nowhere’. I couldn’t finish the sentence. I was looking at the sky as I was speaking, when suddenly I spotted a green shade. It was of the faintest sort, almost imperceptible. ‘In fact, I feel like I’m seeing them right now!’, I muttered, to which she replied that, yes, she could see them too. 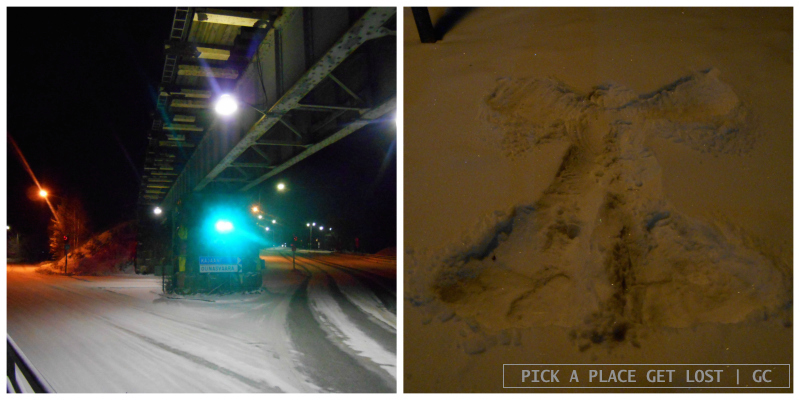 I mean, it was there right before our eyes, but it was too weak, and the urban lights too bright, for it to be properly visible. I ran toward the light, and ended up spending the next hour and a half standing still by the pond, waiting for it to come back, possibly in a slightly more intense fashion, but to no avail. When I felt I had enough cold feet and enough teary eyes, I headed back to the hotel, where my Mum had already long returned. All I could think of was how unimaginably bright the northern lights had to be when they were clearly seen in the heart of the city, and how uniquely fascinating a display they were. 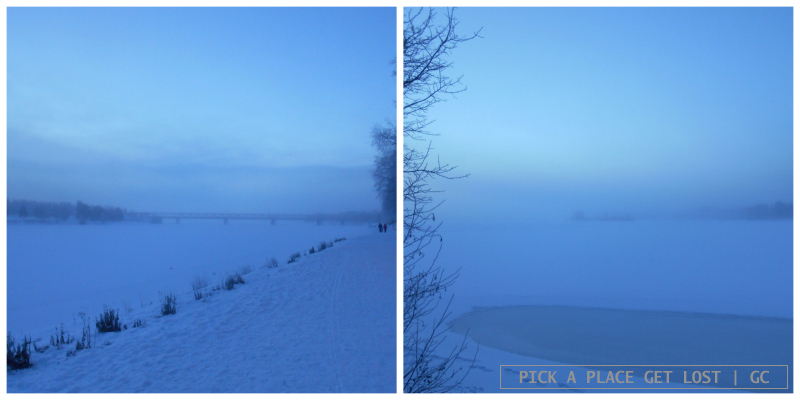 The next morning we were to leave for the airport around 11.30, which meant there was still time for some random strolling around. As we left our hotel, we were welcomed by the sharpest -27°, which reminded me of Russia and made our hair, brows and eyelashes instantly white. 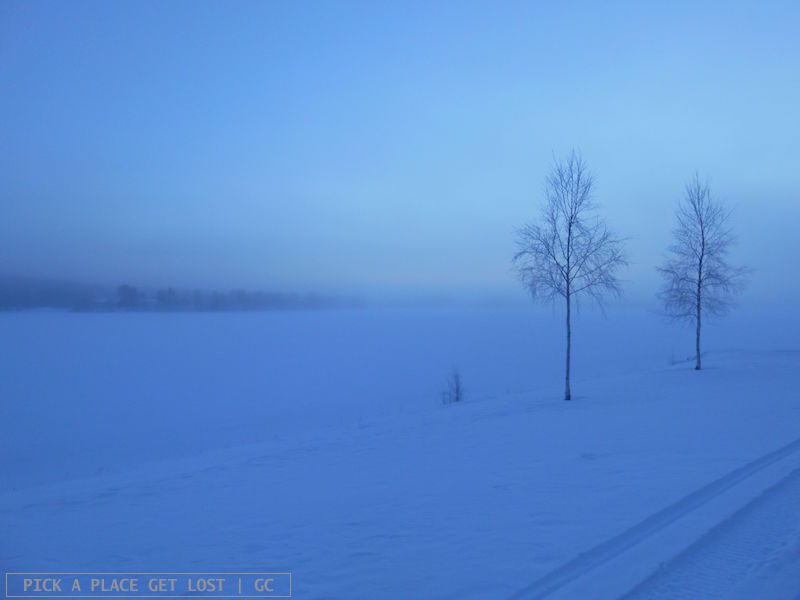 We didn’t have as much time as we wanted, so we resolved to pick a snowy path and make the best of our stroll. We headed toward the bridge again, but instead of crossing it, we kept to the path and found ourselves in a secluded spot overlooking the usual pond. The landscape was truly otherworldly: I have the most vivid memory of it. Everything was blue, and the bare trees were so thin you could barely make out their silhouettes in the misty morning air. I couldn’t have asked for a more unique and spectacular final view of Rovaniemi before returning to the city, with its concrete, its streets, its buildings. 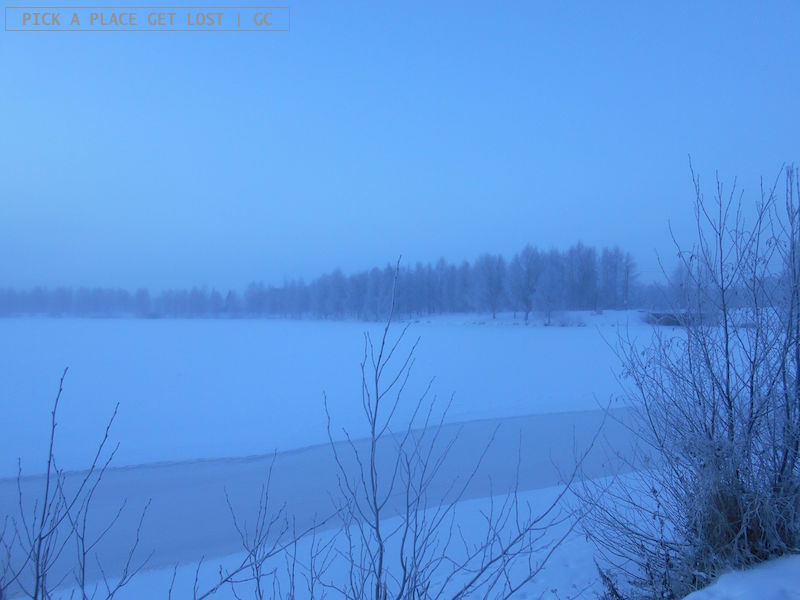 Four days, already gone. Santa, I still find your village a tad too tacky and flashy by my taste, but oh, the views you get, you lucky bearded lad. 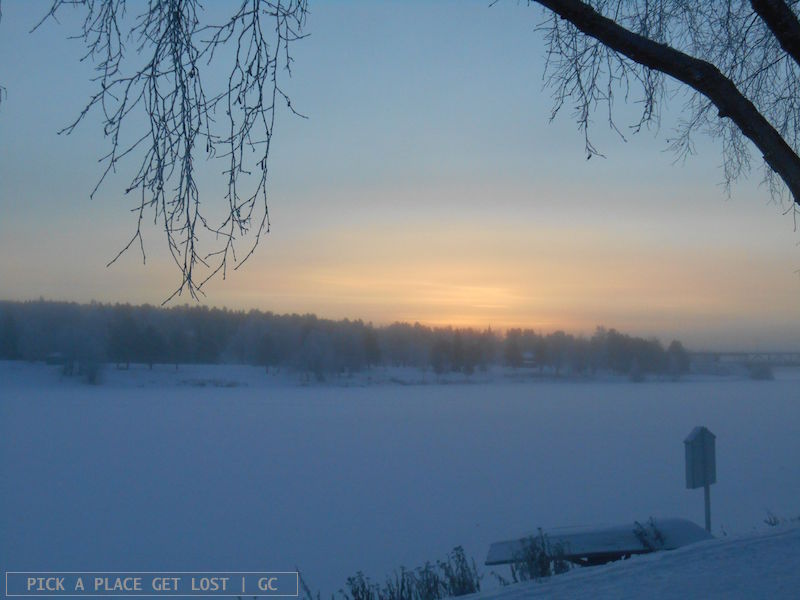