A selection of ‘hidden’ Brno spots I finally visited after I had glimpsed them countless times from the bus: Denisovy Sady, Husova and Špilberk hill.

18 Dec 2016. If the title of this post tricked you into believing I would be talking about Brno’s most hidden corners and concealed spots that are worth visiting but only known to locals, sorry to break it like this: that’s not the case.

In fact, if you voiced your disappointment or accused me of creating false expectations, I would probably redirect you to what I (intentionally) wrote in brackets up there, which, self-referential as it may be, means exactly what it says. 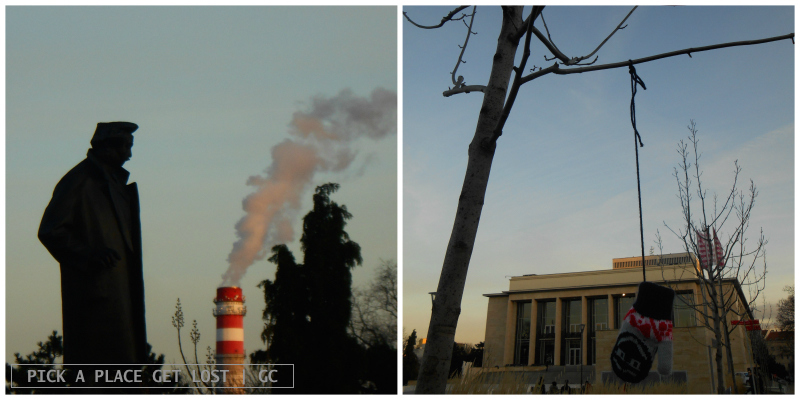 Yes, because over the past few days and weeks I’ve grown to realise the extent to which adjectives like ‘beautiful’, ‘interesting’ and/or ‘amazing’ successfully apply to a number of Brno spots and streets I had never even noticed before, yet I had (worryingly often, I should add, and most unknowingly) ‘seen’ from the bus until then. 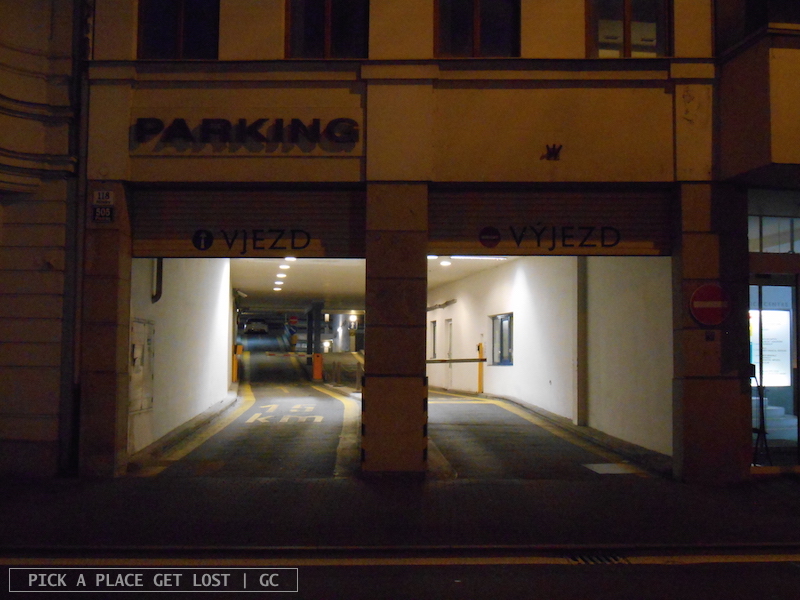 It’s amazing how you end up driving past the coolest urban spots when you’re on the bus (or tram), but you’re not paying the least bit of attention to what’s outside the vehicle.

In fact, let’s say you’re on the bus (or tram), and you’re focused on one or more of the following activities: reading, napping, alternatively reading and napping, reading another passenger’s book by glancing over their shoulder (more typically in the underground, but you can never be too sure), listening to music from your phone, listening to music from somebody else’s phone (whose volume is so unbelievably high that you can actually sing along the lyrics and not fall out of tune), and/or staring blankly ahead. 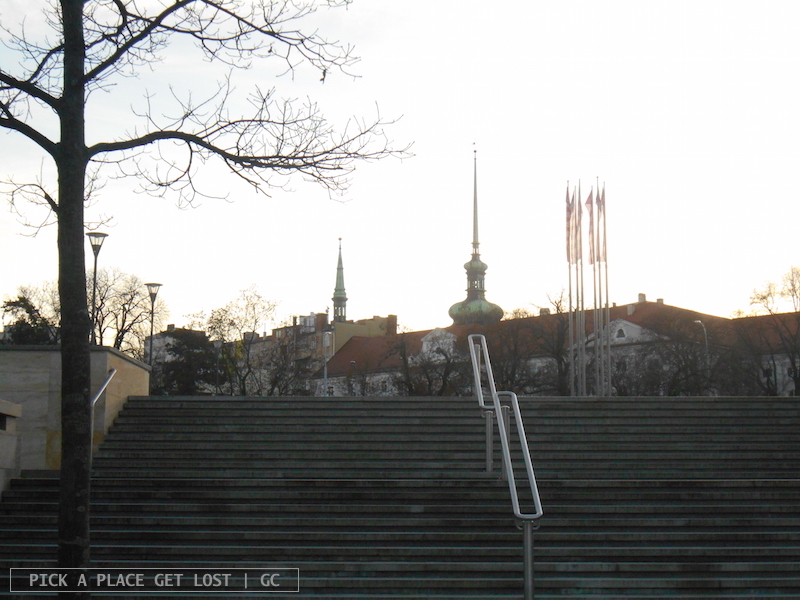 It happens that, just as you stop doing what you’re doing to glance outside of the window, you realise the bus is driving past what you identify as:

a) Something you’ve wanted to go and see properly but you still haven’t had time to, and ‘ooh look, there it is! I’m soo going to return asap!’;

b) Something that looks like a crucial landmark, if not a symbol of the city, and ‘how could I possibly not know? Now that I know that it exists and its location, I’ll certainly be back at some point, when I’ve got time!’;

c) Something that (also) looks super important or curious or unusual, but you only just realise that when, obviously at the very last second, you look away from the book you were engrossed in (or falling asleep on) or you suddenly ‘see’ things instead of just staring blankly ahead.

Option c) is my favourite and most familiar scenario of all. My favourite bit is when I resolve to hunt down the spot I’d previously briefly and coincidentally glimpsed, only to realise I have no idea where it is or what it’s called. Seriously, not a clue. 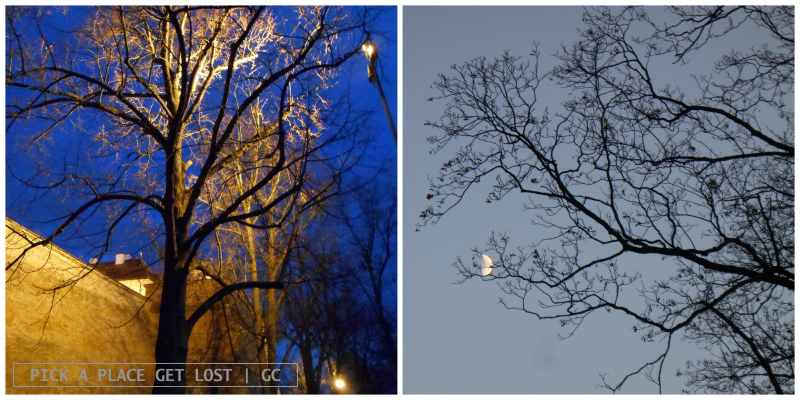 This often leads to sessions of incessant and aimless wandering, the majority of which (luckily) turn out to be successful. Otherwise, in some cases it takes me a while to remember the exact location of the something I’m after. In other cases the whole thing has no follow up at all, because either I forget about that random glimpse from the bus window (rarely) or I do not forget, but really have no idea how to identify its exact location again.

This whole process of involuntary sightseeing has unexpectedly led me to discover a number of super interesting urban spots I’ve grown familiar with in the past couple of weeks, which urban spots I’m growing increasingly fond of.

Take the obelisk near Šilingrovo náměstí (Šilingrovo Square). I’d spotted it at least three times before I actually went to see it and found out what exactly it was.

I’d first noticed it on my way to a viewing in Mendlovo náměstí (Mendel Square) with Bobby. We were waiting for the green light at the traffic lights, when I saw a solemn-looking column standing all lit up on high ground some 200 mt to my left. ‘Look, Bobby! Let’s go see what it is at some point!’, we agreed. 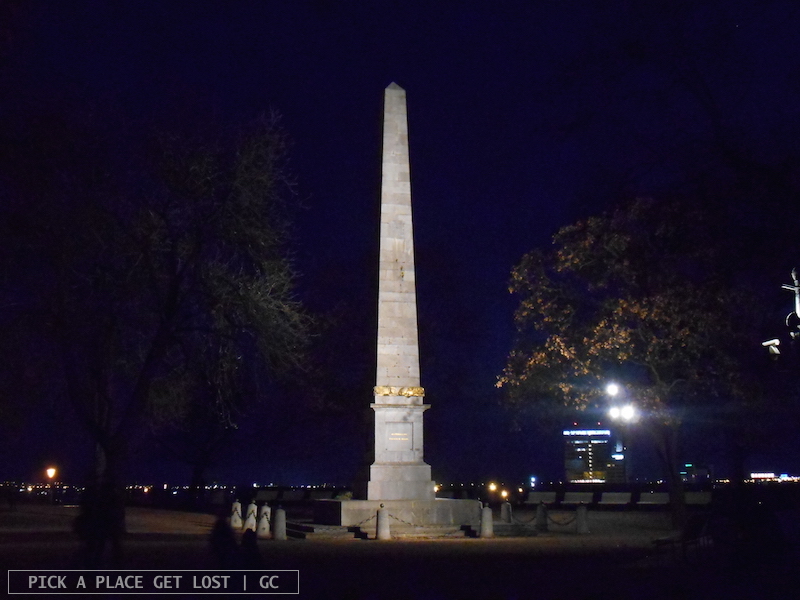 I glimpsed the obelisk two more times in the following weeks, both times from tram no. 5 on my way to the city centre. The first time it was dark, so, again, all I could see was the lit up monument disappearing into the distance as the tram turned into Husova. The second time it was daytime, so when I looked out of the window I could see that the column was surrounded by green. There had to be a park or garden up there.

Because no city guides or maps went as far as including the obelisk in their lists of interesting Brno spots (let alone, describe it), Bobby, our friend Paola and I resolved to go and have a closer look. As it turned out, the obelisk stands in the heart of a small park, which also offers one of the best views of the city and its cathedral. Not even there, though, were we able to find out much about the column, only (as was written on its four sides) that it was somehow connected with the Austrians and that it commemorated soldiers and victims of some unspecified war or battle. 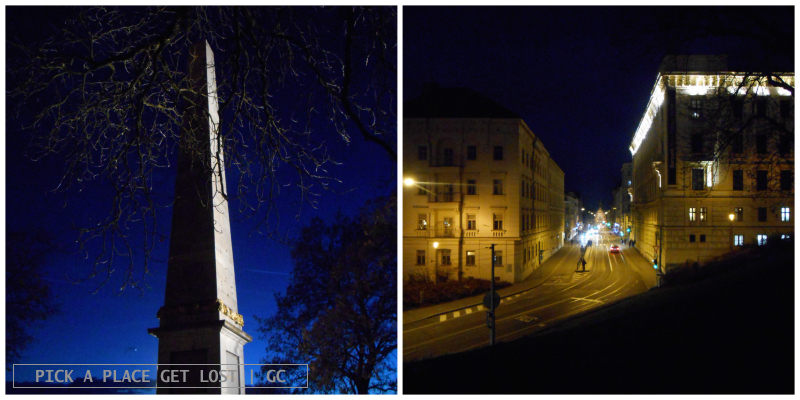 Seriously, I had to Google ‘brno obelisk austrians’ to learn that the ‘small park’ where the column is located is in fact Denisovy Sady (Denis Gardens), and the obelisk was erected there in 1818 to commemorate the end of the long-lasting Napoleonic wars, during which Brno was occupied by the French. The park is named after French historian Ernest Davis, who contributed to spreading Czech history abroad and even founded a Czech library in Paris.

With the Špilberk hill side on Husova. it was more or less the same. Tram no. 5 drives through Husova before turning right into Česká., in the very city centre. I couldn’t help noticing that, at some point, on the left-hand side of Husova. buildings were replaced by green grass and cobbled paths going uphill. 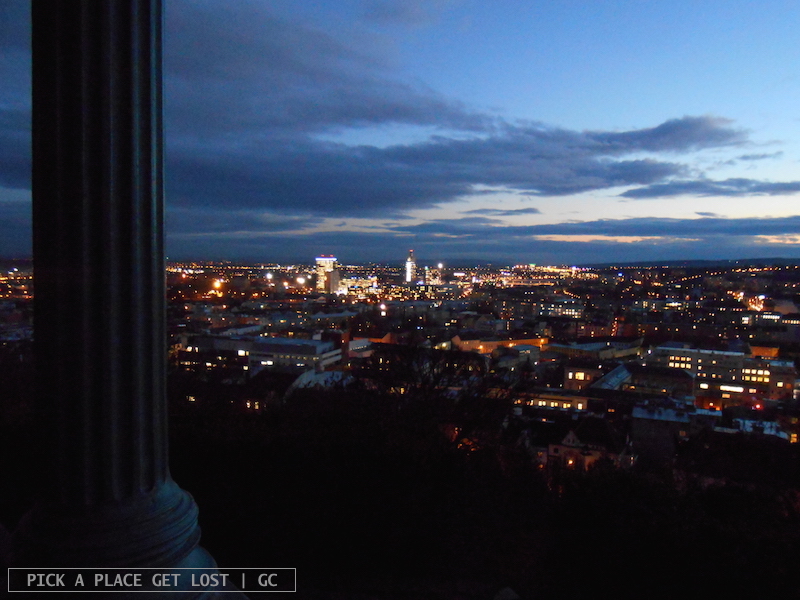 One day, after work, I went back to that very spot, and found out that those cobbled streets take you straight to the top of the hill where Špilberk Castle is located. Bobby and I had been to the top of that hill once, but it’d been raining so hard that we hadn’t been able to enjoy the view properly. Also, we’d approached the hill from Mendlovo náměstí, which happens to be on the opposite border of the city centre.

When I reached the hilltop from Husova I therefore realised that:

1. the hill on top of which Špilberk Castle was erected is actually much bigger than it looks, and it stands literally in the middle of the city (which is cool oh so cool);

2. from the top of the hill, if you’re even remotely familiar with the city, you can actually identify streets and buildings, and on a clear night you can enjoy the most stunning view of Brno.

In one word: wow. 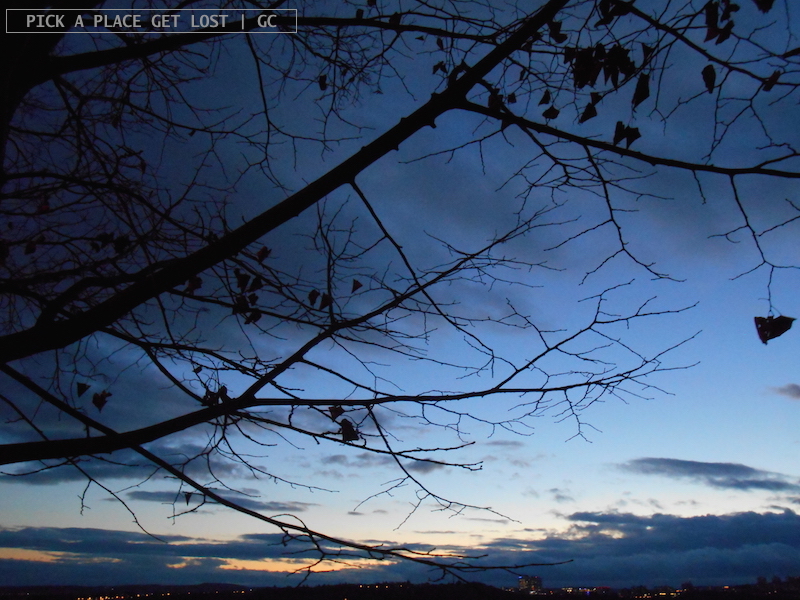 I’ve also got things to say about the deductive process of discovering places (i.e. locating them on the map and then visiting them). However, I feel I should start a new post to discuss it properly, as this one is already rambling enough as it is.