Story of that day in Rovaniemi when I met Santa Claus and I drove a snowmobile through the Finnish taiga. And it was so beautiful I could hardly believe it.

I will skip the part where, straight after landing in Rovaniemi, the bus that picked us up at the airport drove us (read: ‘escorted us’) to this remote building somewhere outside the city, where all flight passengers were gathered in order to listen carefully to the rules they were expected to follow the whole weekend. On the upside, they gave us proper winter clothes that we would need to resist to arctic temperatures and even lower temperatures we’d be experiencing around the Finnish taiga. 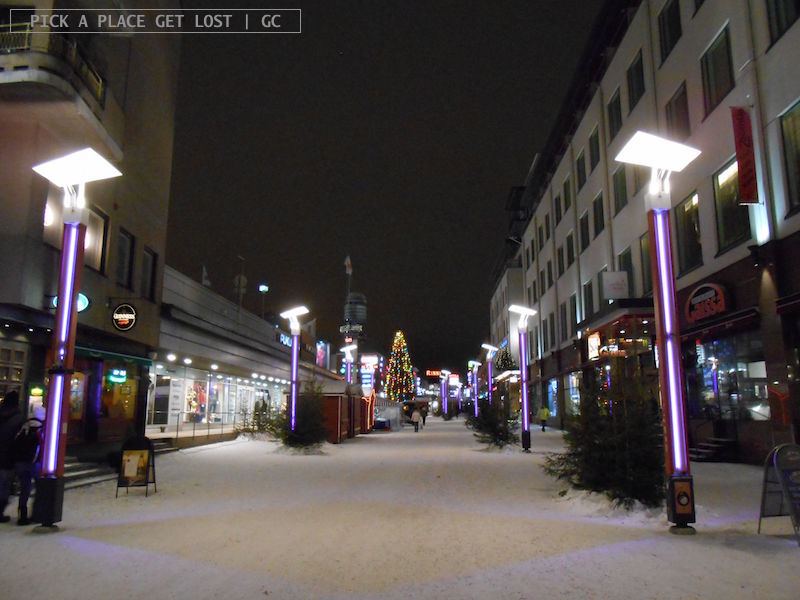 As soon as we dropped our bags at the hotel (at laaast), I left to explore the surroundings. It took me around 30 minutes to cross the main bridge near the hotel, walk along one side of the frozen pond, cross another bridge, and walk along the opposite side of the frozen pond. It was one of the shortest walks of all times, yet it was hugely refreshing, plus there was snow all around, and the air was so cold and so crisp that I could barely believe it was real: I was in Lapland! 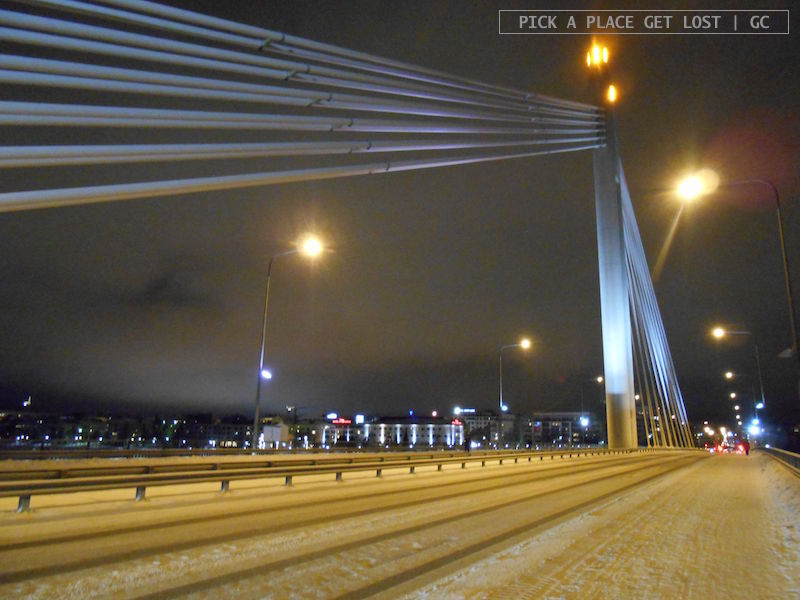 The morning after, needless to say, I was super excited, even though I was aware that at least the whole morning would be entirely devoted to Santa Claus and all of his friends. But let me tell you a bit more in detail how day 1 in Rovaniemi unfolded.

The queue outside Santa’s house was already long at 8.30 in the morning, but I guess that wasn’t our problem, as we happened to find ourselves right outside the main entrance, and everybody was actually standing behind us. I still don’t get how we ended up at the very front of the queue, but yes, Marti and I were the very first visitors of Santa’s house that morning.

At a strictly personal level, that wasn’t the most exciting thing we did that day, but if I’d been shown around those rooms back in the old days, my eight-year-old self would probably have shared my nieces’ enthusiasm. 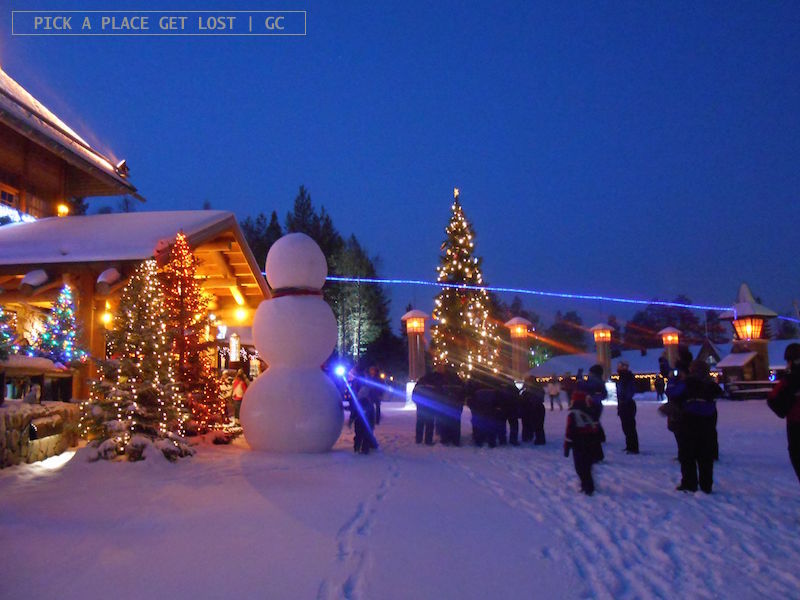 Everything was there, from elves collecting toys to dream-like decorations that often made adults ‘oooh’ and ‘aaah’ even more often than their little ones, and cheerful music playing in the background. Needless to say, the best is saved for last, and coincides with the official meeting with Santa Claus himself. He sits comfily on a chair in the most colourful room of the house, and welcomes visitor after visitor with his joyful manners and an impeccable moustache. 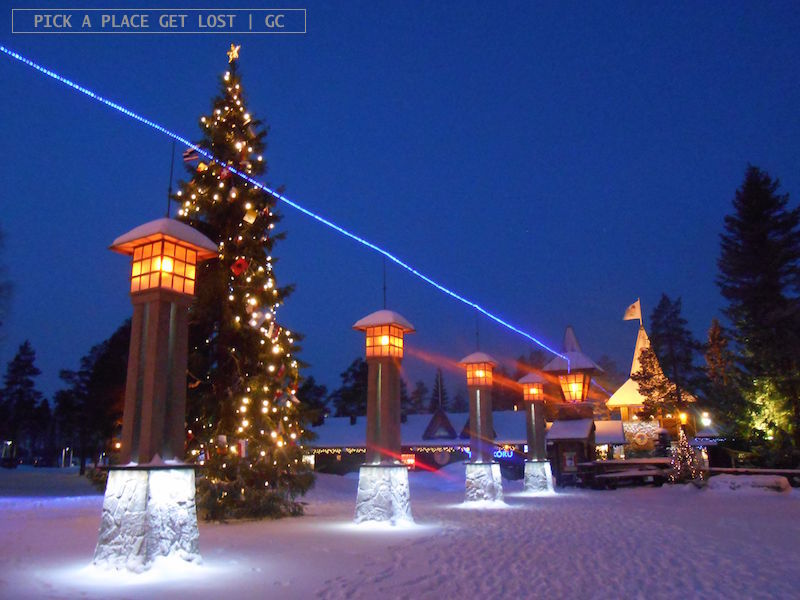 The meeting lasts only a bunch of seconds, and ends with an (er, expensive…) official group portrait that for many little guests becomes ‘The One and Only Souvenir’, which souvenir is (maybe) equalled only by Santa’s Official Post Office, which is located a few metres from his house, in the very same square. Which kid wouldn’t want to post their Christmas letter to Santa from the post office that makes all the other post offices in the world look lame and ordinary? 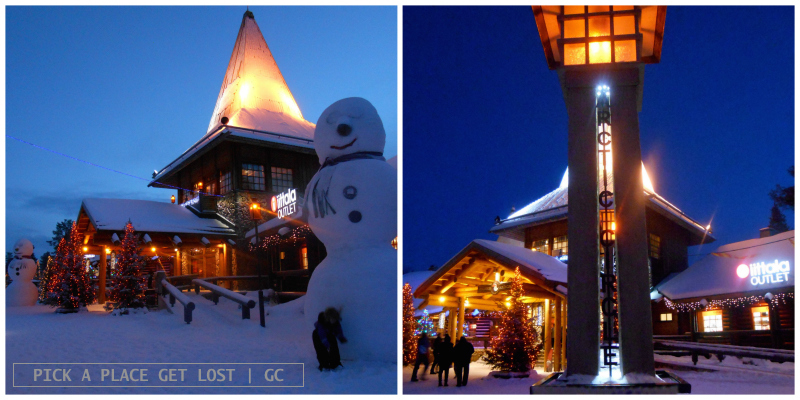 After leaving Santa’s ‘manor’, we all (diligently) strolled down a snowy path toward the area where around fifteen snowmobiles had been prepared for us. I knew the moment would come when the group leader would have us board a snowmobile, and ask who wanted to drive and who wanted to be carried. I wasn’t sure which option I’d go for. I mean, I’ve never even driven a moped, let alone a motorbike. Could I trust myself to drive a snowmobile? 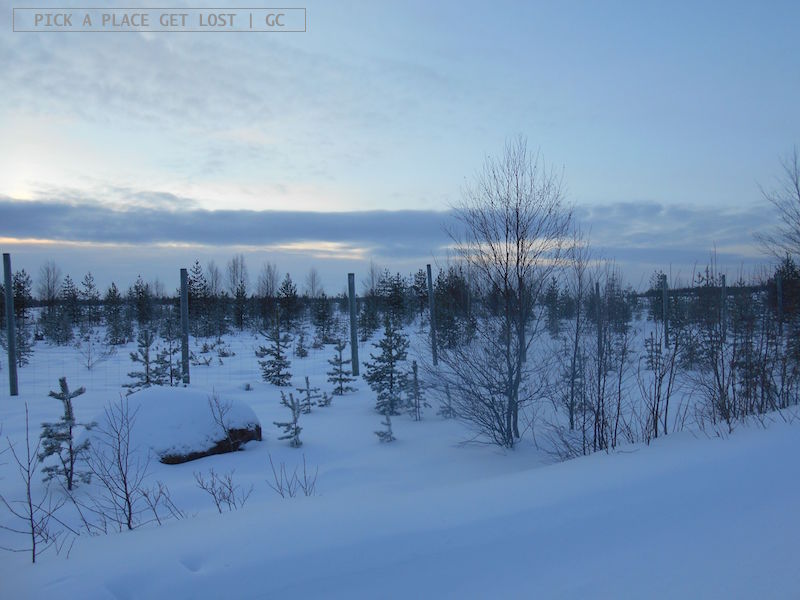 But then I thought I didn’t know whether I’d even get a second opportunity to drive a snowmobile through Lapland taiga, and how can you possibly miss out on that. So I said ‘yes’, and my Mum was brave enough to say she wanted me to carry her, so she sat behind me, and I started the engine. Ok no, a group leader started all snowmobiles’ engines, gave us tips and recommendations on what (NOT) to do, and off we zoomed down the whitest path. 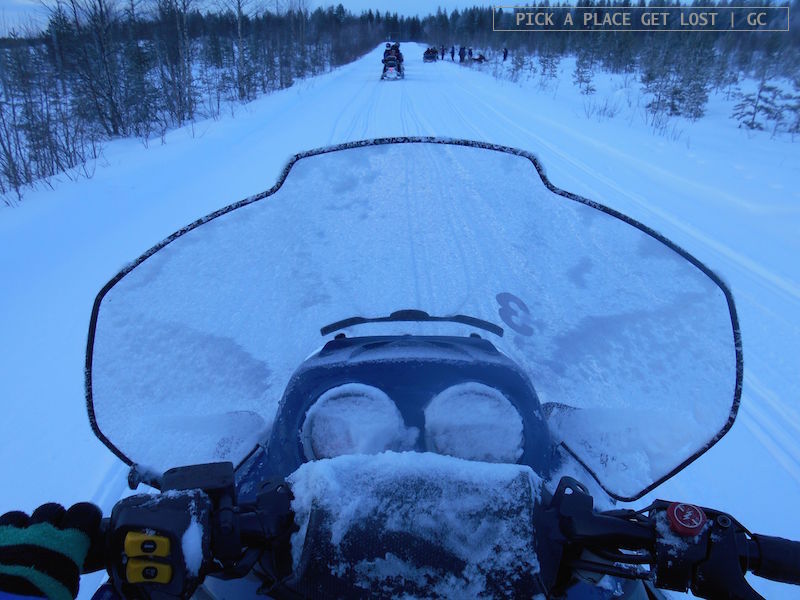 Driving a snowmobile counts as one of the greatest and most amazing things I’ve ever done in my life, and it could be equalled only by a second (and third, and fourth…) snowmobile drive. I mean it: it was truly mindblowing.

I couldn’t keep the visor down, because everything was so purely white that, if I kept that down, I couldn’t tell where the path ended and where the open field began. Because of that, and because of the cold and the wind, I had tears pouring down my cheeks the whole time, and freezing instantly, which really was super hilarious! 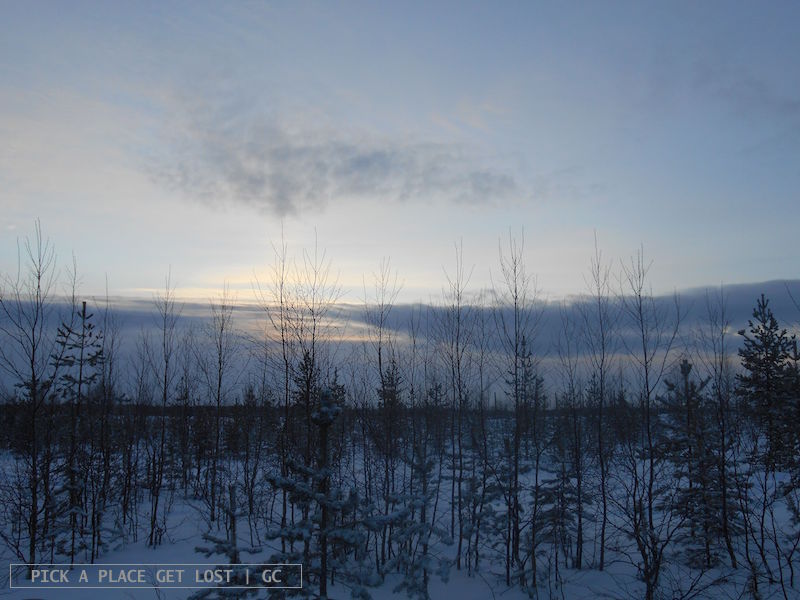 The only noise I could hear was the engine of the snowmobile, apart from which everything was enveloped in a thick layer of white that kept any audible sound at distance. How I’d have wanted to stop for a second, get off what had already become one of my most favourite means of transport, and stare at the landscape.

But that was strictly forbidden, as my snowmobile was only one ring in a long chain of snowmobiles speeding (or, at least, attempting to speed) through the woods at a safe distance from each other. 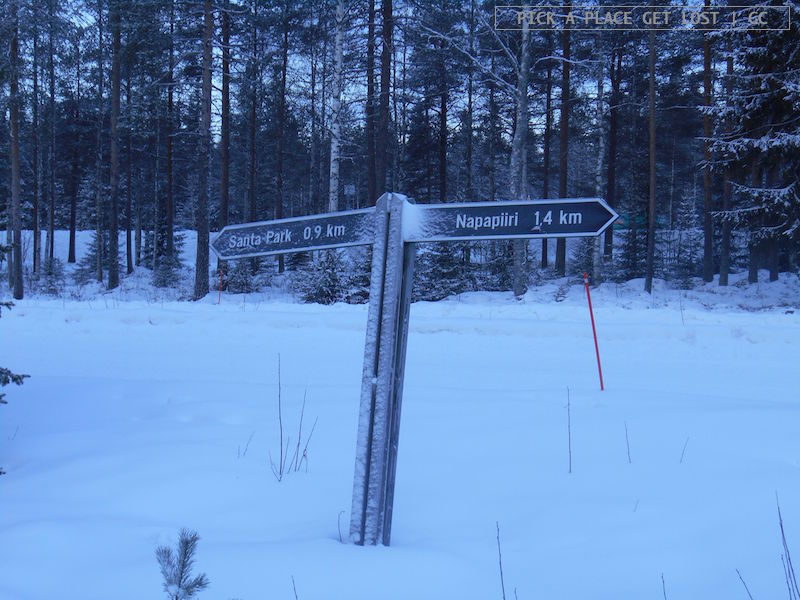 Actually, at some point we were told to stop for a minute and wait for those that had fallen behind. I tried as much as I could to not listen to any man-made noise or sound, and did stare at the landscape. I’m quite confident that that scenery I will remember fondly for a very long time. The sun was barely above the horizon, and anyway we couldn’t see it from where we were standing.

The light was transparent, almost light blue, and it projected the same shade of icy blue onto the snow. Snowy trees stretched as far as the eye could see, and the snow was like the whitest, most deceptive of duvets. Fine, Santa, if this was the price for posing with you in your giant toy house, I have to say: nice trade.