I exited Trondheim station at 7 o’clock in the morning, and I spent a whole day around the city centre. Trondheim is lovely. Here’s why.

I exited Trondheim station around 7 o’clock on a Saturday morning, and the first thing that struck me as I leaned against the bridge railing to look at the water was absolute silence everywhere. 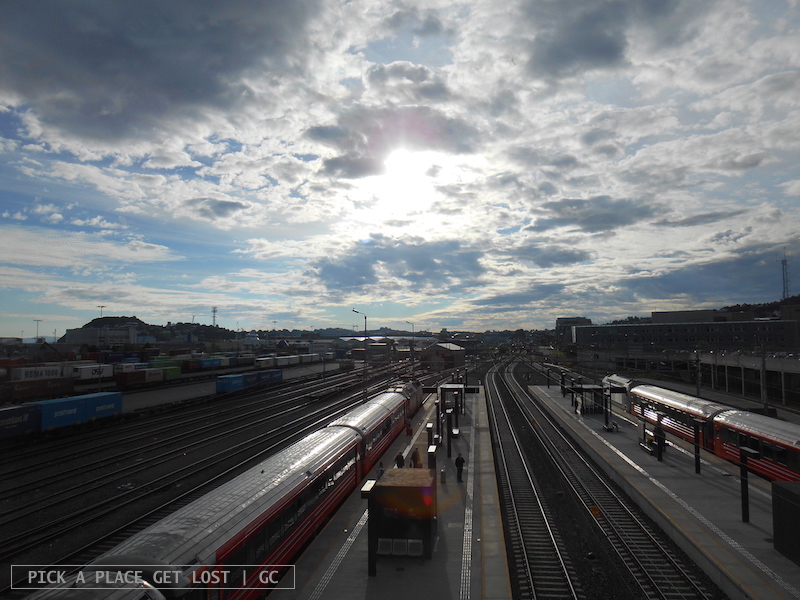 Everything was enveloped in a pale, whitish light that made sounds even more distant than they already were. Only three people were around: myself, and an elderly couple with super cameras, taking photos of the river and its low timber houses. 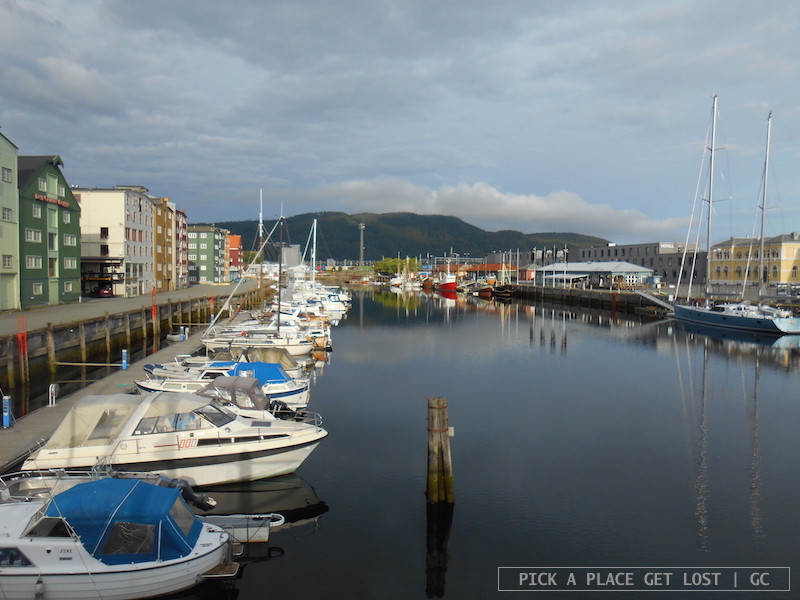 I was eager to get rid of my bag and visit the city, so I walked as fast as I could (bag and sleepiness permitting) to get to the hostel asap. I then had to slow down when I realised the hostel was on top of a hill, and the road was steep, and I was hungry and tired from the journey, and please give me coffee please. 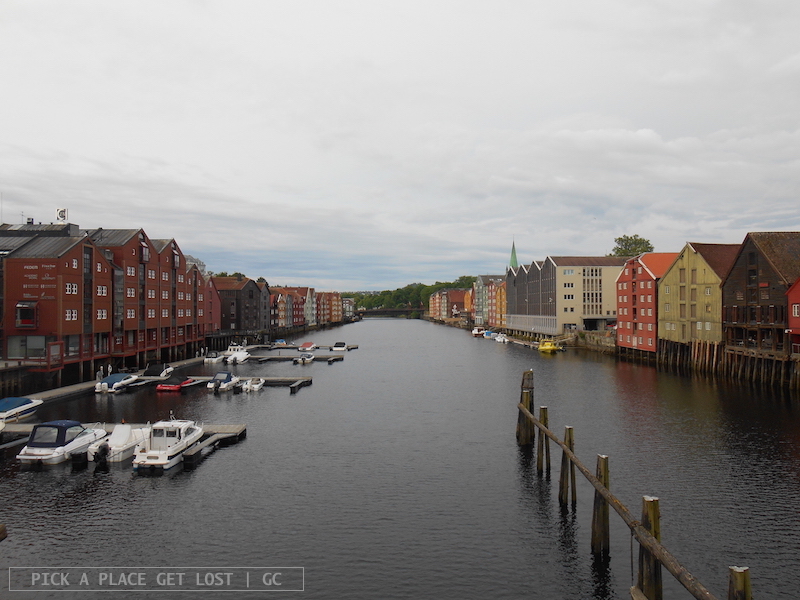 An hour (and a breakfast) later, I was a brand new self. Map and camera in hand, I left the hostel and began happily strolling down the hill toward the city centre. Hello Trondheim. 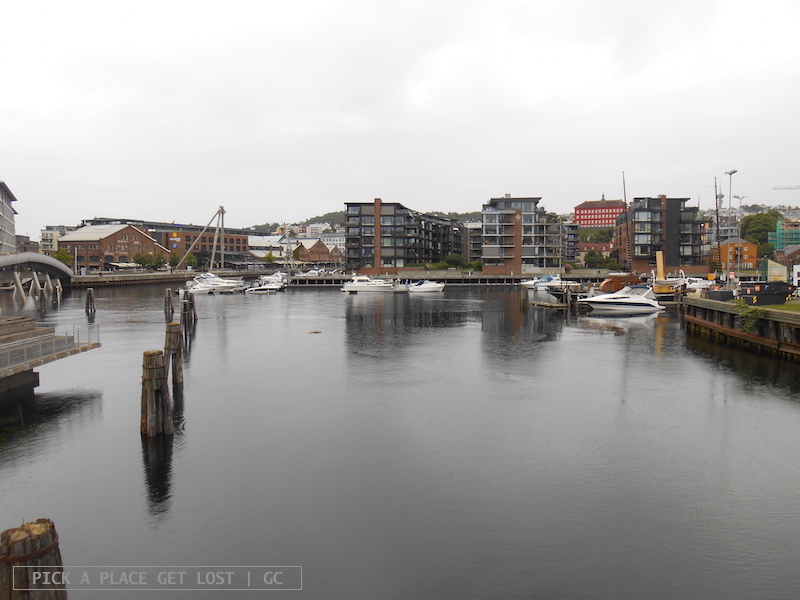 I followed the main road toward what looked like the part of the centre closest to the hostel: Nedre Elvehavn. The area used to be an industrial site where a mechanical workshop was also located. The industrial site, as I learned, was shut down and the area completely renovated. 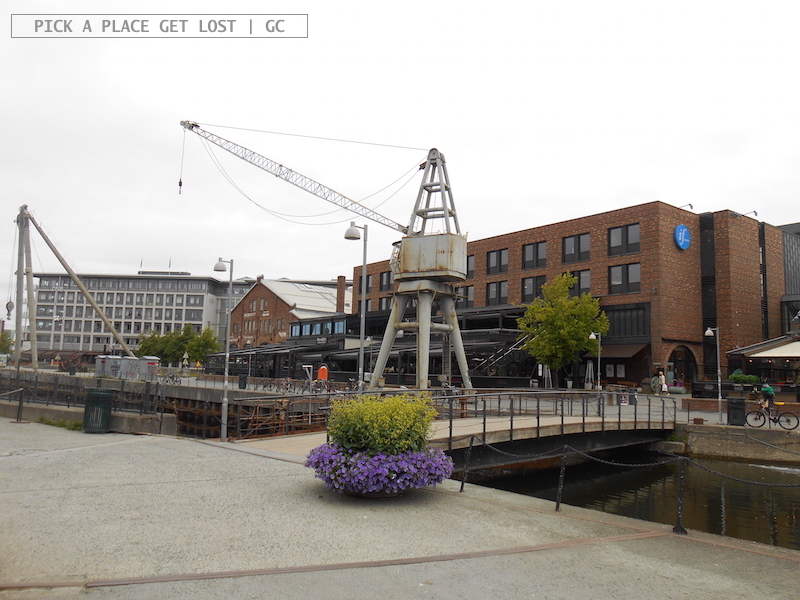 When you don’t walk through it at 8.30am on a Saturday, it’s incredibly lively and colourful, and includes a few bars and restaurants, offices and the Solsiden shopping centre. If you walk past after 5pm, I dare you to find a free seat in any of its bars and restaurants. It’s crowded beyond imagination.

I first did walk through Nedre Elvehavn at 8.30am on a Saturday morning, though. It was empty and silent. Here and there, stood a crane and an unidentified iron structure that, as I learned, were artifacts of the industrial site. 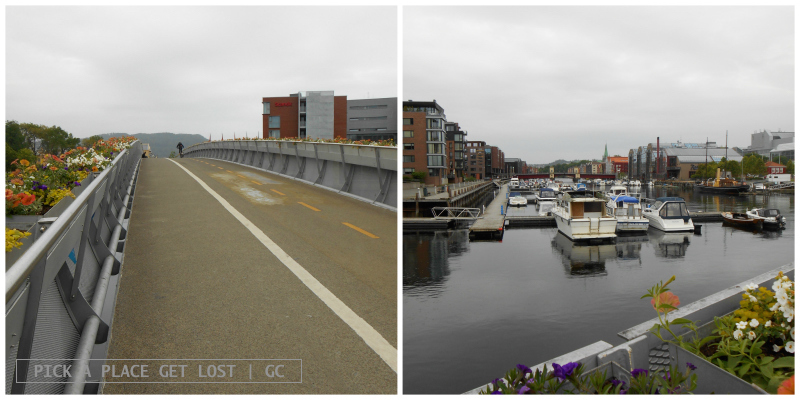 I crossed Verfts Bridge toward the city centre. I walked past a group of people that were just starting a yoga session in the pouring rain (of course it was raining!), and made my way down Kjøppmansgaten. One side of the street was flanked by low timber houses, i.e. old warehouses dating back to the 18th and 19th century Trondheim is famous for. They came in various colours, mostly red, yellow and green. 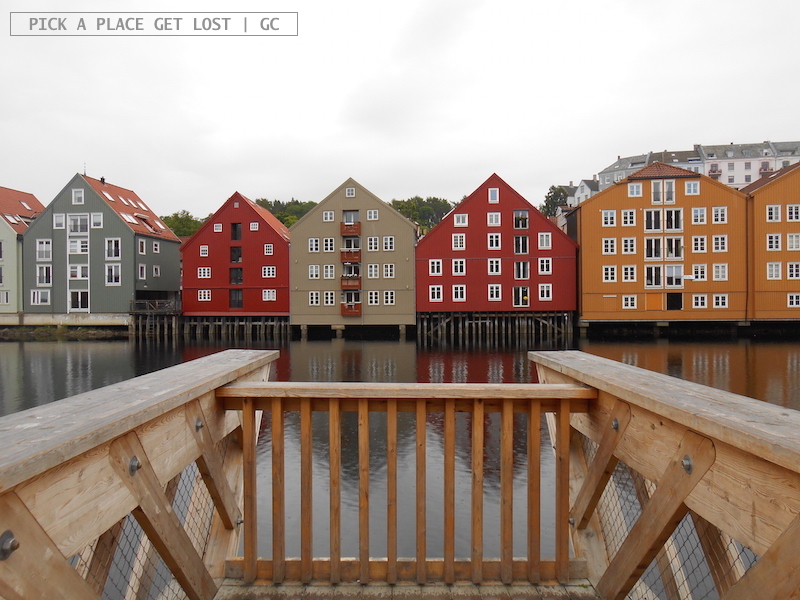 The view of the Bryggen (as they are known) from the Gamle Bybro (the old bridge) is probably the most typical and popular view of Trondheim, one that all tourists invariably take one or several photos of. 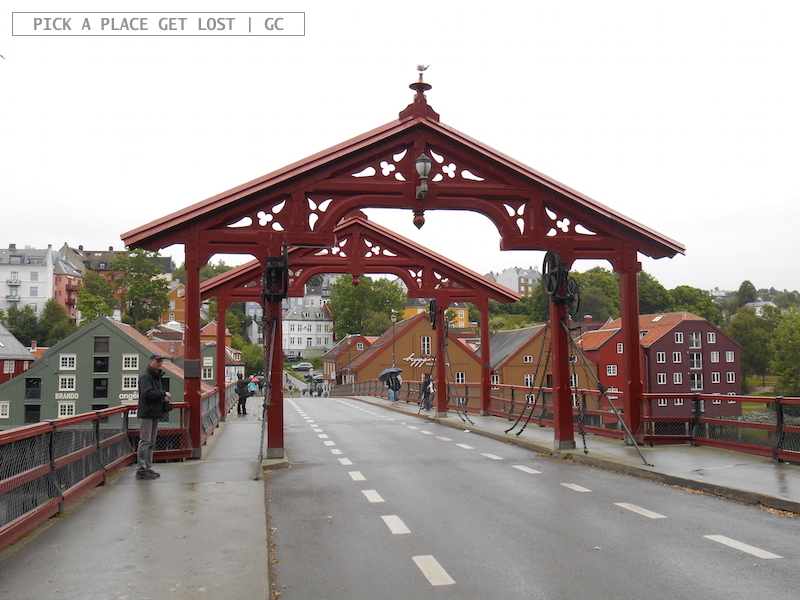 Well, not that you can blame them. The view from the old bridge was in fact exactly as you see it on postcards, except for the cloudy sky and the rain. But then, the warehouses are so colourful that a white-greyish sky with a matching greyish reflection in the Nidelva waters can only look good on them. 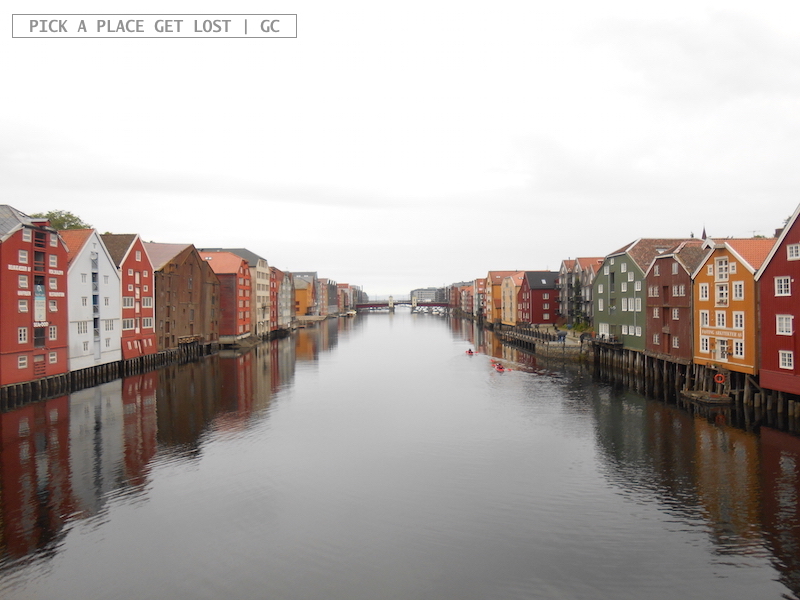 After spending a reasonable amount of time staring at the river, I resolved to resume my self-guided tour, which tour lasted nonstop for about twelve hours. It was so intense and loaded with sights and places that the best way to describe it is to make an orderly list of the highlights of the day (strictly in chronological order).

But let’s make it a brand new post, shall we?