What to do if you have to spend a bunch of hours in Oslo before taking another train: head straight to the ferry terminal and enjoy the view.

As I got off the train in Oslo station, I could hardly believe that only 48 hours earlier I’d been presenting my dissertation in Forlì and, shortly after that, graduating, i.e. officially bringing to an end the academic chapter of my life. I’d carefully planned this graduation solo escape for months. I wanted to go to Norway and I wanted to go on my own. I needed a few days with my own self as only companion. It’s not the best company I could ask for, but once you get used to it it’s not the worst either. I could make do with myself. 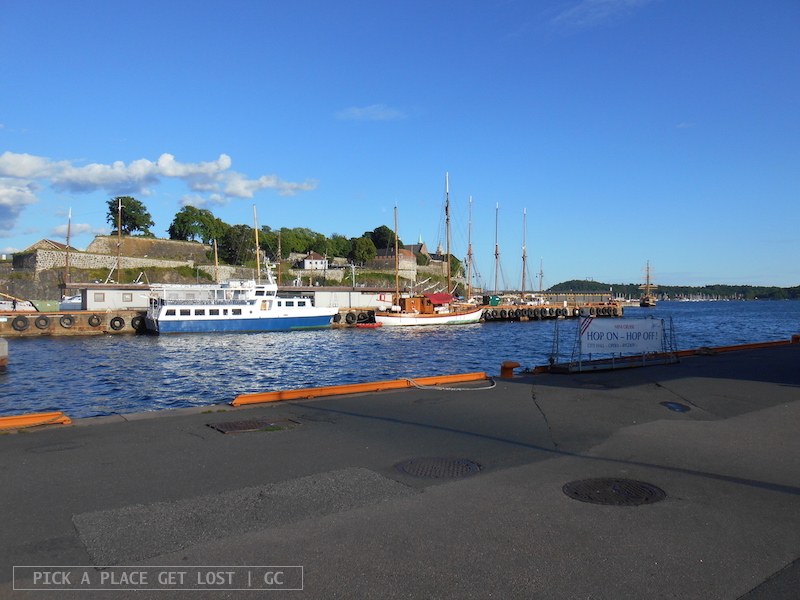 I wish I could have gone all the way up north again, as I had in 2012. I wish I could have picked Alta, Hammerfest, Honningsvåg, and travel as far as Knivskjellodden. I couldn’t, though, as I couldn’t afford too much money and time off*. I had to pick one city, and be based in that city as I visited the area. There was no doubt – not even a shadow: I’d be going to Trondheim. 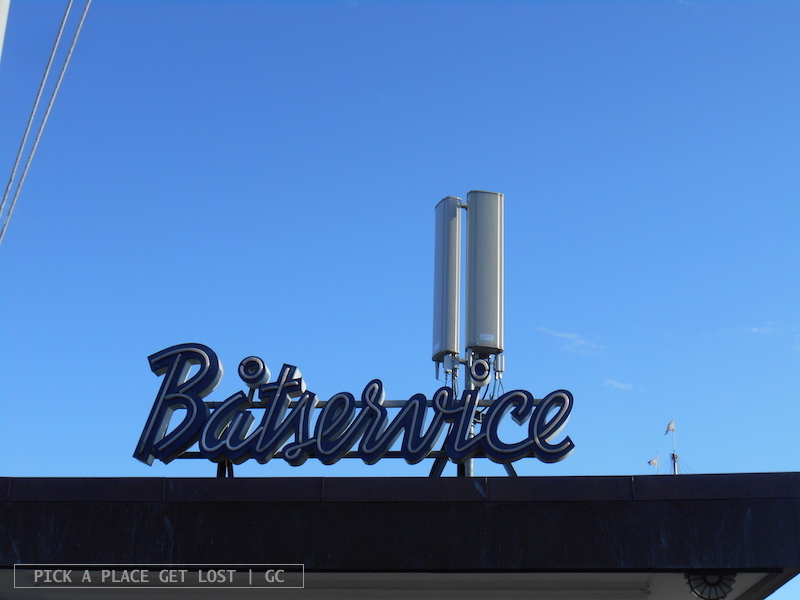 The flight to Oslo was on time, and so was the shuttle train running between Gardermoen airport and the city centre. As I left Oslo station, I headed straight for Karl Johans Gate. I knew exactly where I was going. Whenever I’m in Oslo and have time to kill, I end up spending some time at the ferry terminal behind the City Hall. I sit on the ground by the water, and look at the fjord. I have Akershus, the fortress, on my left, and the Promenade on my right. I don’t care how crowded it is, I go and find my spot. 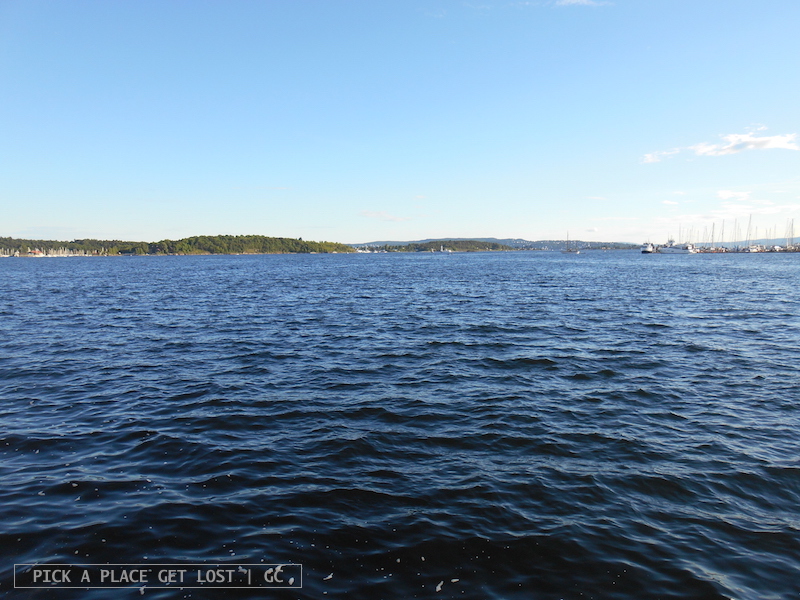 This time I had five hours to kill in Oslo before my night train to Trondheim, I was in dire need of a spot of my own. And I was lucky, because it was the opposite of crowded by the terminal. In fact, I seemed to have timed my arrival exceptionally well. Almost all tourists had gone, the sky was cloudless and the sun still high at 7.30 in the evening. It was great to feel the chilly air on my face after days and weeks of crappy humid weather. 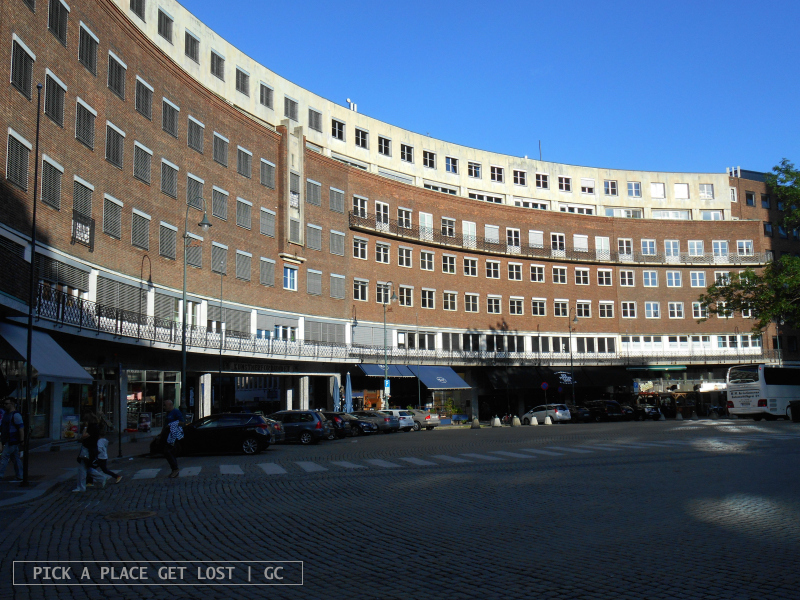 I spent what felt like hours on a bench by the water, basking in the sun, looking at seagulls chasing breadcrumbs, staring at the sky and the sea. Wow, this could go on forever, I thought. Which was exactly when I realised I soon had to head back to the station. Except, I turned left where I usually go straight, and found myself at the back (or is it the front?!) of the City Hall. Wow. The buildings around it formed a perfect circle that made the square look like an amphitheatre. 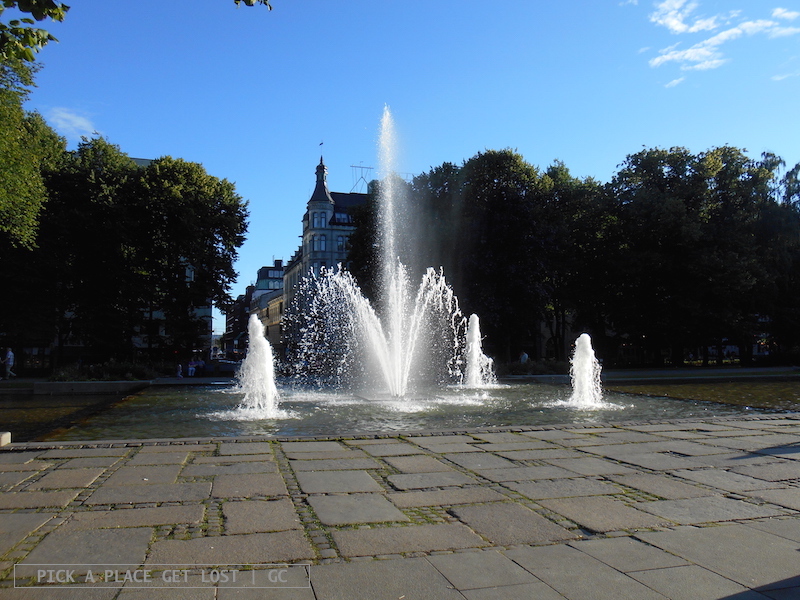 I love it when you go back to a city you’ve already visited multiple times, yet you still come across unknown spots or angles that leave you standing open-mouthed in the middle of the pavement.

See you in a few days, Oslo. A couple of hours, and I’ll be heading north.