Introduction to a weekend in Bavaria that started with a delayed train, continued with a drive to the mountains, and ended at a sunset viewing spot. And it was only the beginning.

As I mentioned in the first Lithuania-themed post, back in July Andi, one of our Bavarian friends, invited us to spend a weekend at his place sometime in August. As I mentioned in the same post, Andi lives literally in the heart of the Bavarian mountains, which provided an additional reason we couldn’t say no to such a special invitation (alongside the joy of meeting again). 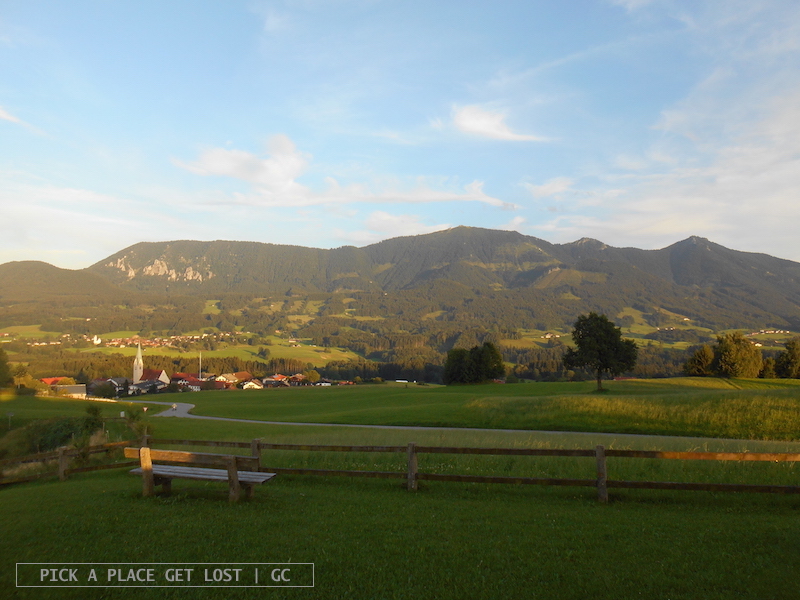 That is when Bobby and I turned the Baltic tour initially planned into the Lithuanian tour I have extensively written about.

Long story short, after our Lithuanian tour we flew to Bavaria straight from Vilnius, and landed in an unexpectedly sunny, (rather) humid Memmingen (where Munich’s secondary airport is located).

The flight took only two hours (we even gained one hour, since Vilnius and Munich are two time zones apart), but that was only the beginning. Andi lives somewhere in Samerberg valley, not far from Rosenheim, quite far from Munich.

We still had three trains to catch before reaching our actual destination: Memmingen airport-Memmingen, Memmingen-Munich, and Munich-Rosenheim. Trains permitting, we’d be arriving around dinnertime.

Trubi, another Bavarian friend of ours, and Robi, one of our friends from uni, would also be part of our long-awaited reunion. The five of us met over two years ago in Bratislava, where we were all attending the Slovak summer school called SAS. We made friends halfway through our three-week stay, and so far have succeeded in meeting up at least once a year, if not more often.

First, a few months after SAS, Robi, Bobby and I visited the guys in Regensburg (where they both studied). Then, last year, they visited us in Forlì. It was our turn again now. Robi had arrived in Samerberg the day before, while Trubi would arrive around the same time as we would. 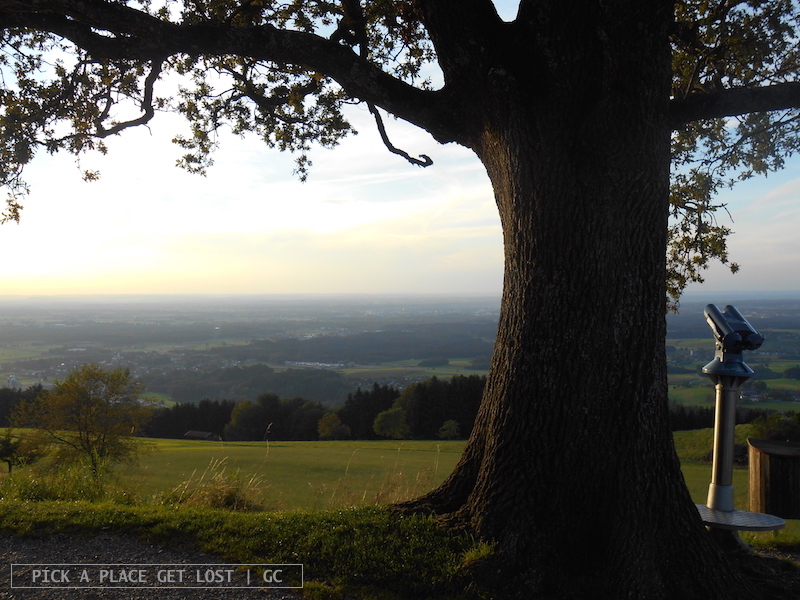 While at first it all went smoothly, the train to Munich was delayed. We soon realised we’d miss our Rosenheim train, so we agreed that Trubi would pick us up at the station and we’d be driving to Samerberg together.

The car journey to Samerberg was hugely refreshing after roughly ten hours on public transport. As we left Munich, trees and meadows gradually replaced buildings and concrete. Then, almost suddenly, any trace of urban landscape was gone.

The road must have looked like a neat cut in a sea of green grass from above. The sky was only partially cloudy with large patches of blue, and the weather grew more windy by the minute, cooling up the late afternoon sun. It was the perfect match.

We arrived in Samerberg only to find out that there were no street names or directions. We got lost two or three (or four) times, then eventually saw Andi and Robi running toward us, a big smile on their faces.

After we parked the car and hugged the guys, Andi’s first words were: ‘Let’s go see the sunset now!’. Love this weekend already, I thought. 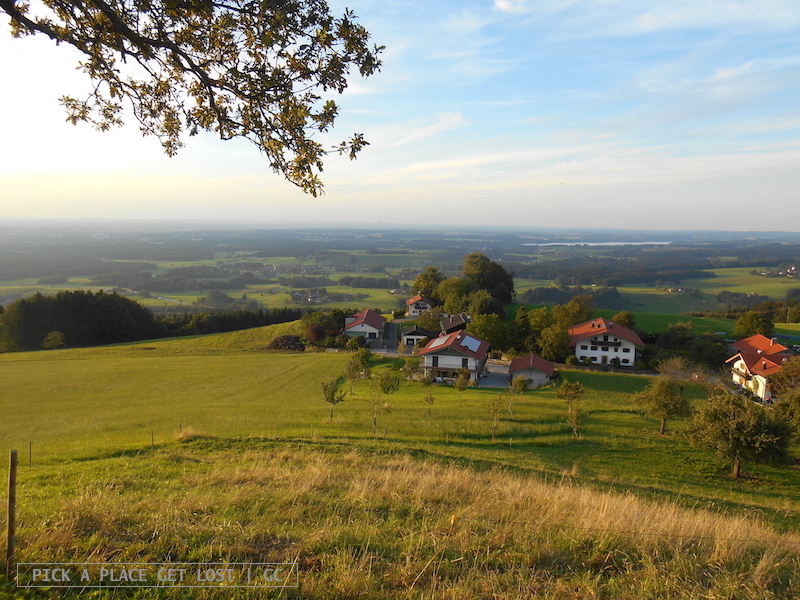