In this post we talk about the most popular of all day trips from Vilnius, i.e. the trip to Trakai Castle, and we go back to a couple of Vilnius landmarks.

We chose to spend the morning of our final day in Vilnius around Trakai Island castle. The castle is hugely popular with tourists, which means there are plenty of buses going there.

However, if you don’t like heavily crowded, touristy places populated by hordes of noisy visitors moving in groups of thirty (and invariably getting in the way, namely your way), make sure you A) do not visit Trakai castle on a weekend, and B) you try and get there asap so as not to be swallowed up by the crowd. 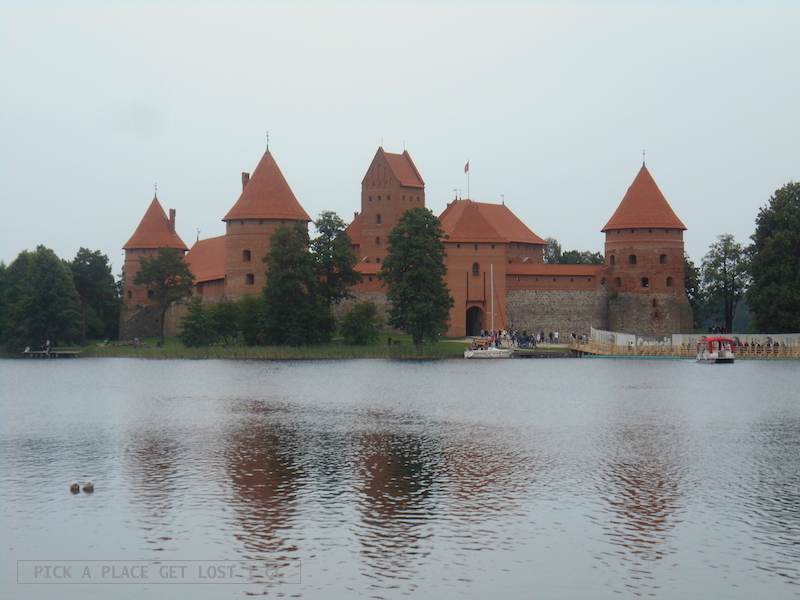 So we visited Trakai on a weekend, and we got there after eleven o’clock. Yes. We simply hadn’t realised we’d planned the visit on a Saturday, plus in the morning we left the hostel slightly later than planned, and missed the bus we meant to take. We ended up arriving in Trakai later than expected, which resulted in us being swallowed up by the aforementioned hordes of noisy visitors moving in groups of thirty.

We managed to queue up at the ticket office after making our way through souvenir stalls, kiosks and street vendors. It didn’t take long to visit the interiors, which house a History Museum with (predictably enough) a lot of historical items on display (armours, costumes, everyday objects, coins, and so on). But because that kind of exhibits isn’t exactly my (or my friend’s) cup of tea, we focused more on the building than on its content. 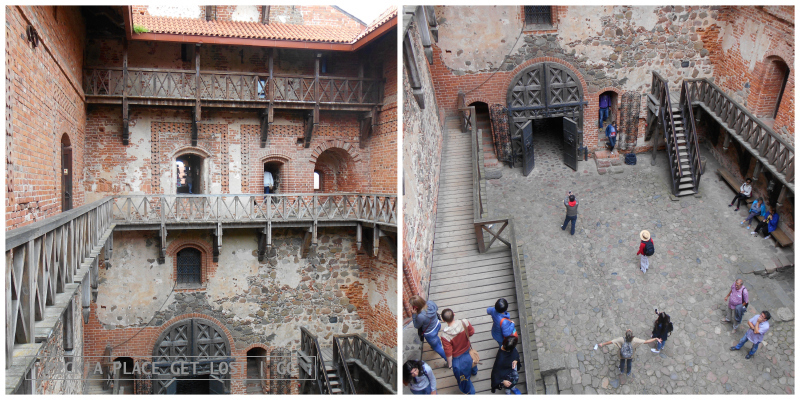 The castle is truly beautiful and incredibly well preserved (though in its current form it is the result of a major restoration from the 1950s). Its location on an island in the middle of lake Galve only adds to its already picturesque quality.

But my favourite spot was the lake view at the back of the castle. It’s much quieter, much less crowded, but not less charming than views of the castle from the opposite side of the lake. The sky was overcast when we were there, and there was drizzle every now and then, but that is exactly the kind of weather that makes the sky look white and the water almost black. And that is exactly a kind of contrast I happen to love. 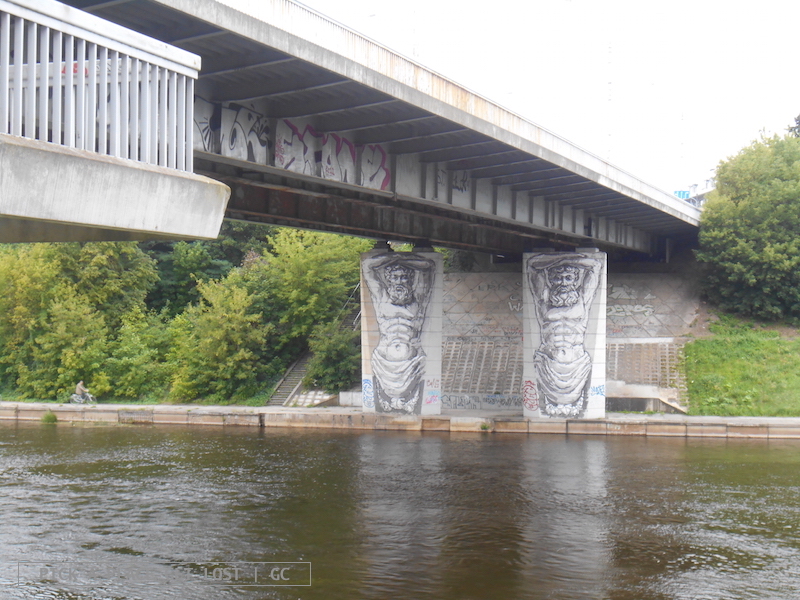 My friend and I returned to the bus stop after making our way through more souvenir stalls, kiosks and, for a change, young brides freshly married posing in front of the castle and the lake to top their princess-like wedding day. 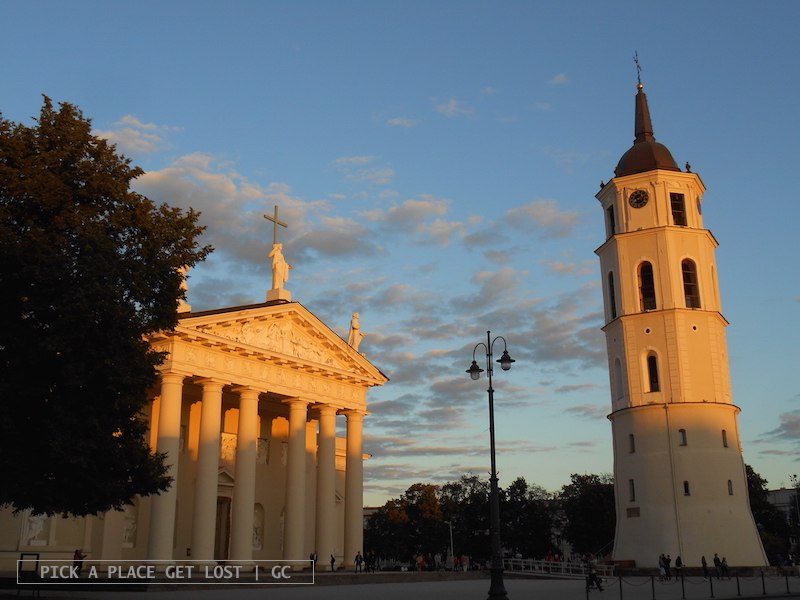 The rest of the day was spent doing one of my favourite things in the world, i.e. aimlessly wandering about Vilnius city centre. This included the Parliament (make sure you have a proper look at the Memorial of the ‘Bloody January Events’ next to the Parliament building) and the Cathedral all wrapped up in the sunset light. 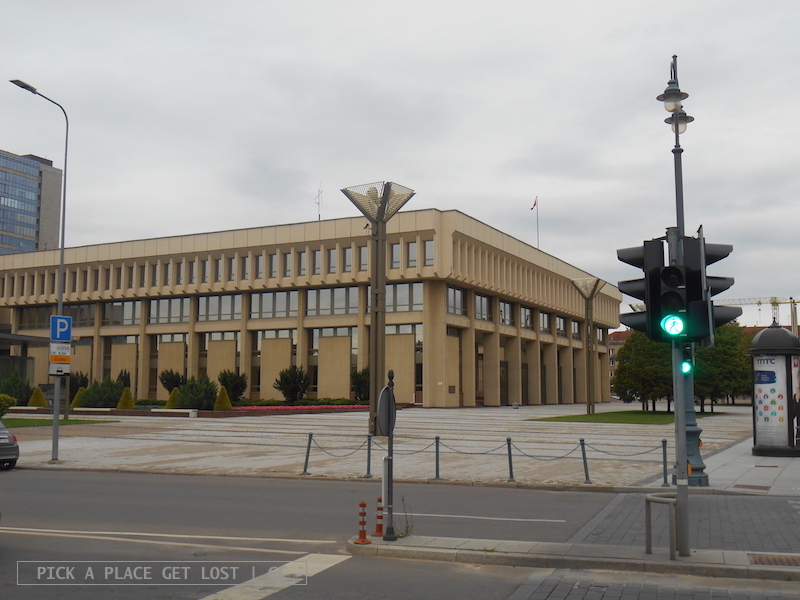 Returning into town after the Trakai visit was a bit like returning to a familiar place, which was funny if you think we’d been in Vilnius for something like sixty hours or so. Or maybe it was not funny; it was just what happens when you go from one place you know nothing about to a place whose streets you’ve walked nonstop for the previous 48 hours. 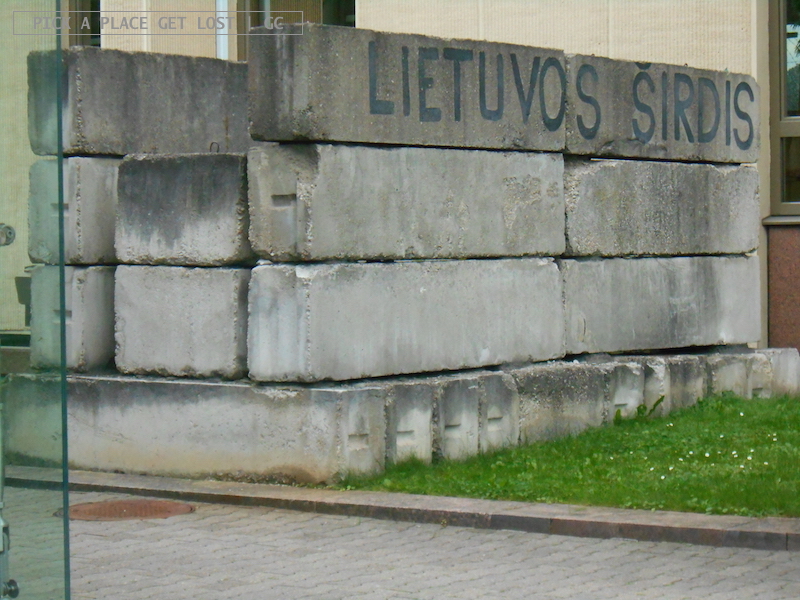 A lot more could be said on this subject, but here I feel I should only briefly say that Boom Burgers is highly recommended for a delicious informal meal in Vilnius and, in fact, a cool place to hang out before preparing to leave the capital.

Time to head west. Time to go see what the Curonian Spit looks like.

PS. Do you remember by any chance the ‘Putin + Trump = <3’ graffiti? If you don’t, here‘s a reminder. Well, this is what it looked like two days after we’d photographed it: 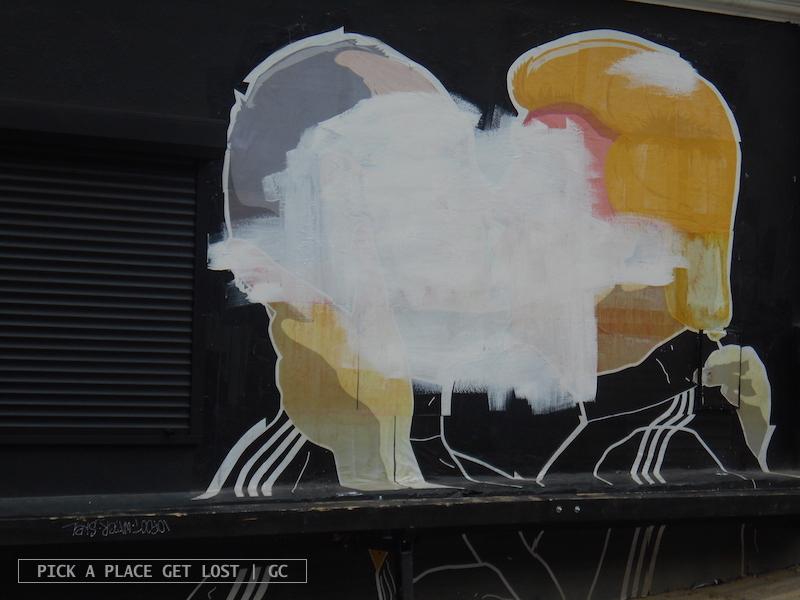