Nida and its sandy dunes are the most popular attractions in Neringa, but their fame is well deserved. Baltic Sea + Lagoon = pure wonder.

The next morning we had the whole Nida experience (except for the bike ride from Nida to Smiltyne, which is very popular, but we chose to move on foot). The dunes south of Nida (Parndzio kopa) are probably the most popular tourist attraction in the area, but their fame is well deserved. 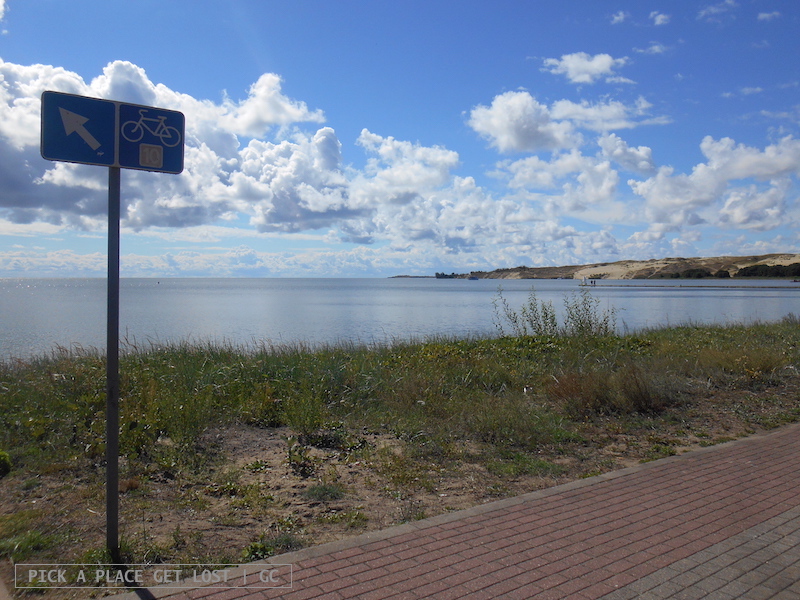 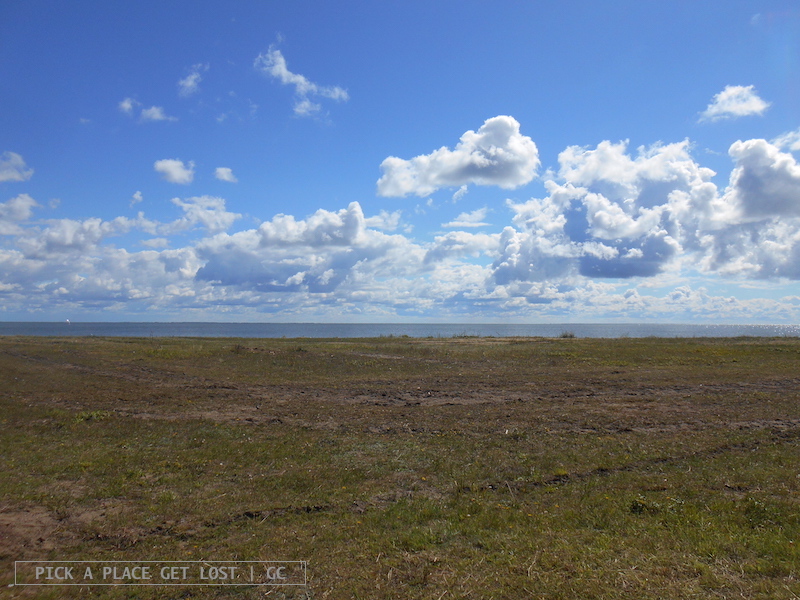 The view from the sundial is truly stunning, what with the yellow of the sand sparsely dotted with the occasional plant, and the blinding sunlight. The dunes looked like they had been cut out with scissors and glued against the clear blue sky. Yes, we were exceptionally lucky with the weather, and we were aware of that. We were also aware we’d soon pay a high price for being spared rain in Nida. 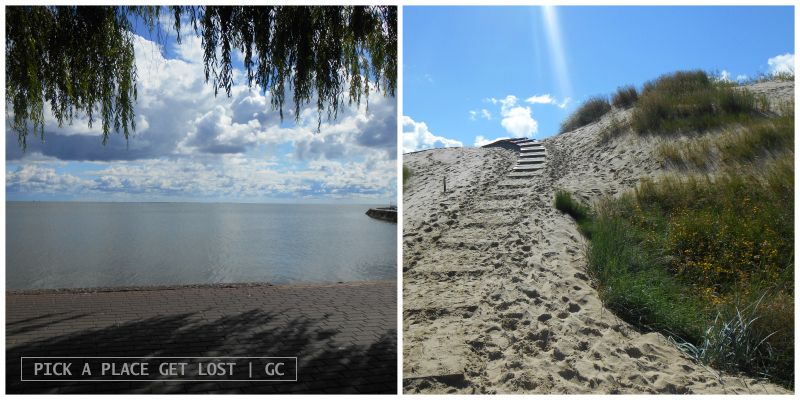 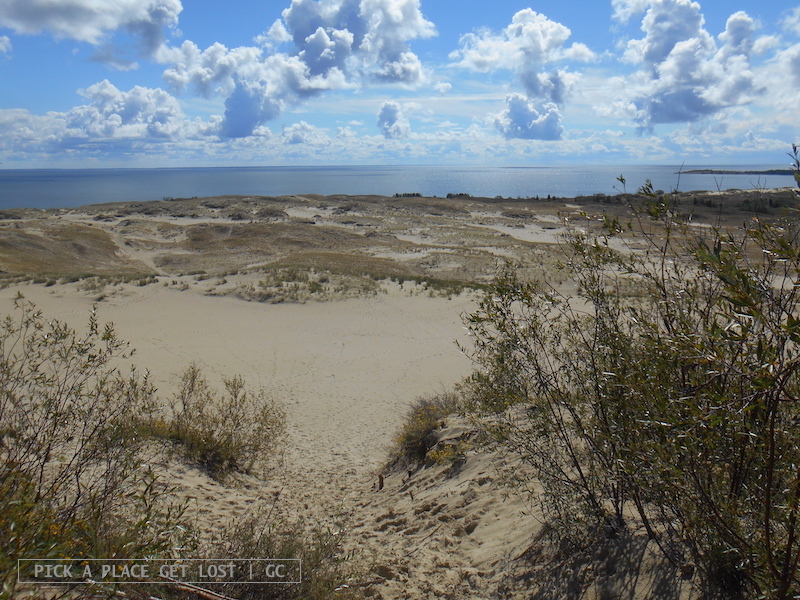 We soon left the crowded, touristy Nida dunes to head north, and after walking a few kilometres up the footpath on the coast, and then a few kilometres up the footpath in the pine forest (pine forest everywhere in the peninsula, how can you not love this place), we made an abrupt left turn to climb Vecekrugo kopa, the highest dune of the Spit. The view was worth the ascent. 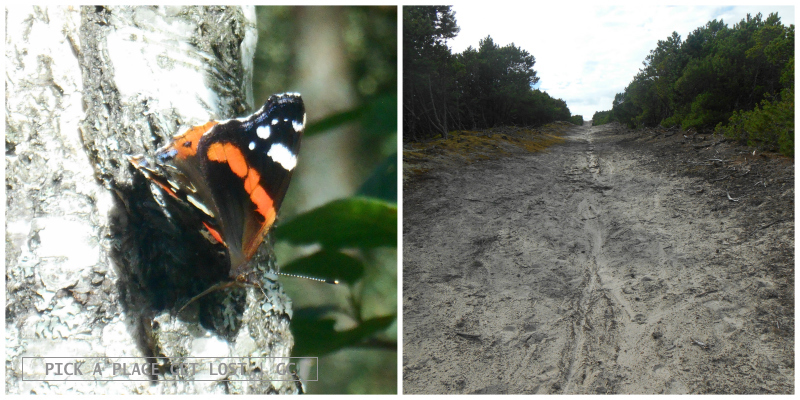 When we realised we were on the top, we could hardly believe our eyes: if we looked left we saw the forest from above and, beyond the trees, the Curonian lagoon, painted silver by the now cloudy sky; if we looked right the cobalt blue of the Baltic Sea almost seemed to suck the colour out of the sky. 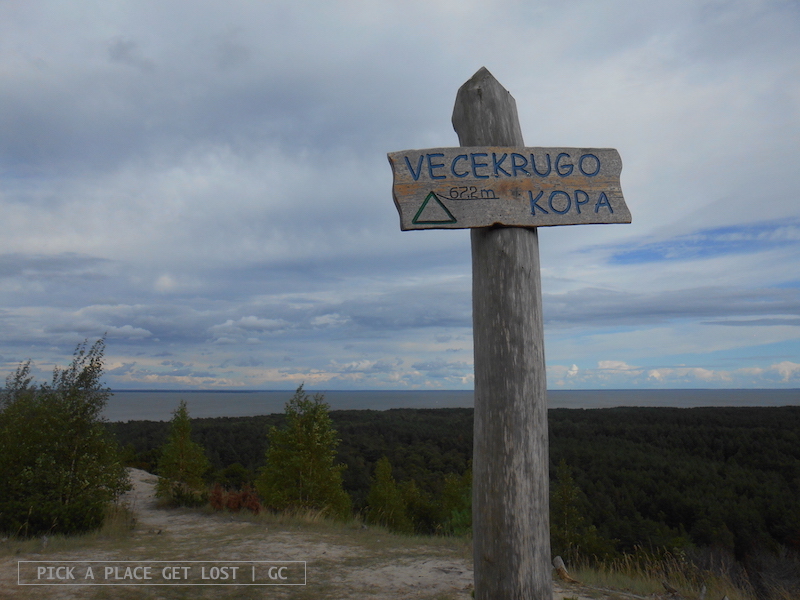 We eventually returned to the main path and walked another handful of kilometres to Preila. We wondered if and when a bus would ever stop there: we took it for granted we’d have to wait for a long time. But no sooner had we got to Preila than a bus appeared out of nowhere like a celestial vision. (Such a stroke of luck was also to be paid for the next day, needless to say.) 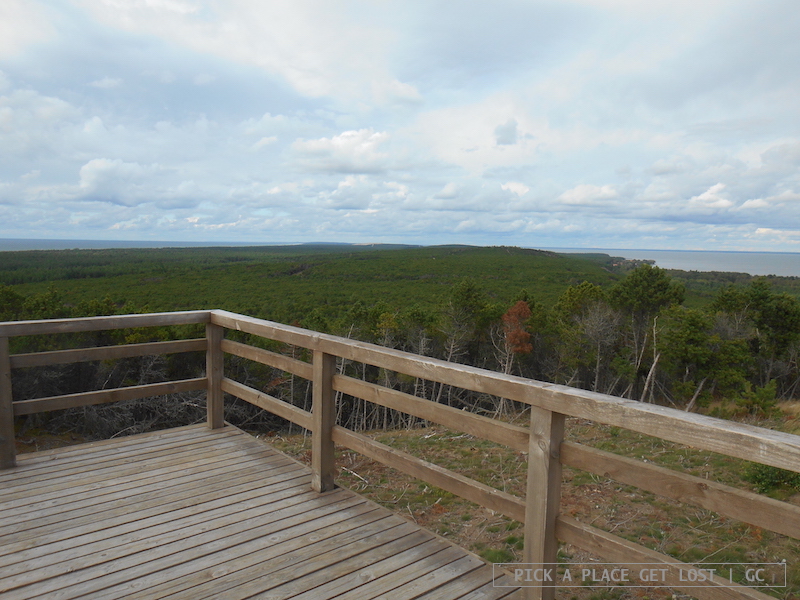 After being in the wild for what felt like hours on end, going back to Klaipeda felt like returning to a metropolis. Oh the irony.