Intermezzo about the ‘demanding’ time I had on the night train from Stavanger to Oslo, which, by the time I got there, was glowing in the morning sun.

If there is one thing I’m used to is sleeping on a night train. I spent over five months in Russia between 2012 and 2013, and took so many night trains I soon lost count of them.

Usually I would travel third class, as most average Russian citizens (it’s called ‘platzkart’, the wagon is an actual dorm entirely made of bunk beds, 52 beds to be precise). However, I tried fourth class (the seated place) as well, and more than once. Fourth class is the cheapest, so you gain first-hand experience of the most diverse human types. Smells, noises, boiling hot temperatures (especially if you travel in January) included.

So yes, in 2013 I was already used to both night trains and annoying passengers. Nothing, though, had prepared me for the authentic lack of comfort I was about to experience when I boarded the Stavanger-Oslo night train that September evening. As with many things, it’s often the people that make the difference. I travelled on a similar night train again in Norway in 2016, and the experience was much less painful. 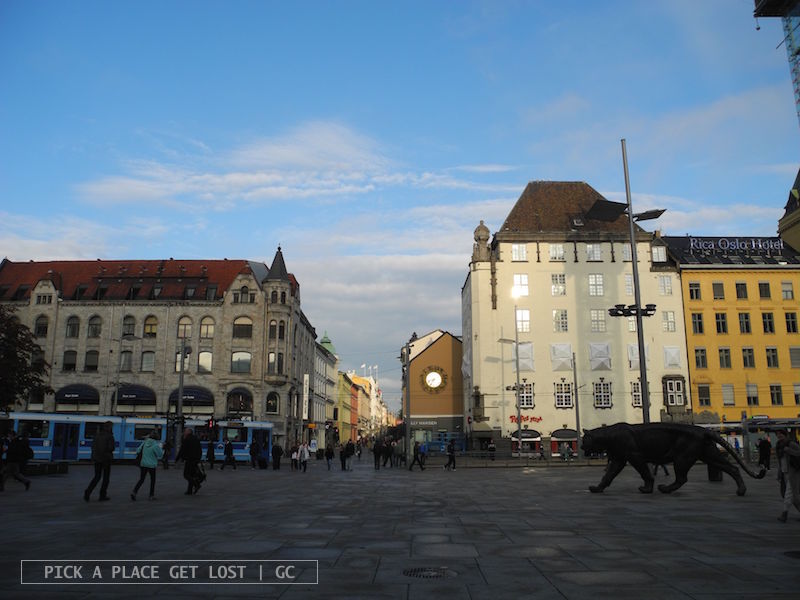 That night, the snoring was too loud and the source of the snoring (aka the main in the seat next to mine) too close to me and too loud, even louder than his noisiest Russian counterparts (of which a very wide variety exists). Long story short, after a sleepless night I got off the train at 7 o’clock the next morning in an unexpectedly sunny Oslo.

I was literally knackered, and had nowhere to go and sleep. I was spending the night at Torp airport, as I had an early flight the next morning. So off I went toward Karl Johans Gate, desperate for coffee. It took only a few minutes for my spirits to be lifted by the chilly air and the clear, blue sky, as I left the station. That felt good.

I had the whole day to spend in the city.