Story of how I found that Torp airport is shut at night only after I’d got there to spend the night. Also, attempts to find a shelter for the night were complicated by lack of cash and credit cards ceasing to function at the same time when I needed them the most. What a night!

All I wanted was to arrive at Torp airport asap, get hold of a corner in the departures hall, and sleep.

It had been one of the longest days. I’d been around the centre, and I’d visited Vigeland Park, which turned out to be one of the most fascinating sculpture parks ever. Then I’d got lost and I’d had to walk all the way back from Bygdøy allé to Oslo Fortress.

I was knackered. At that point I yearned for a seat on the bus to the airport. 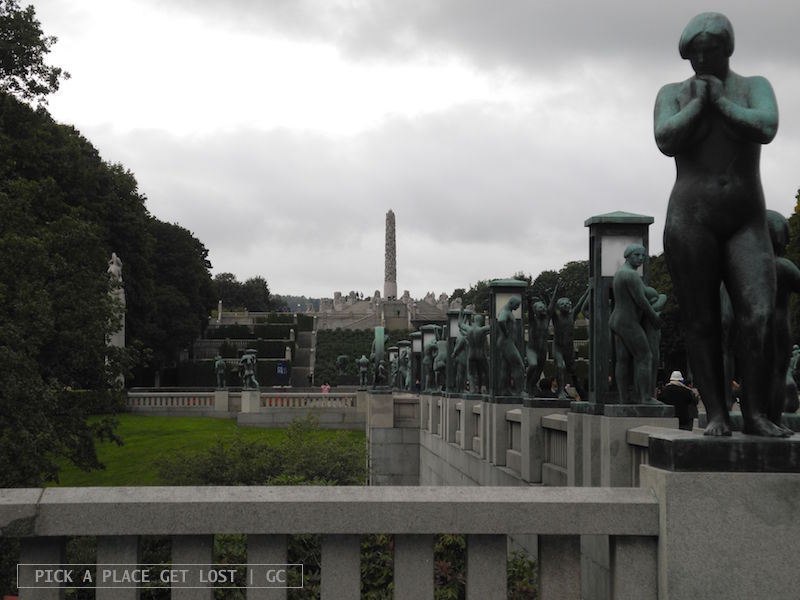 Beautiful Vigeland Park under a blanket of clouds 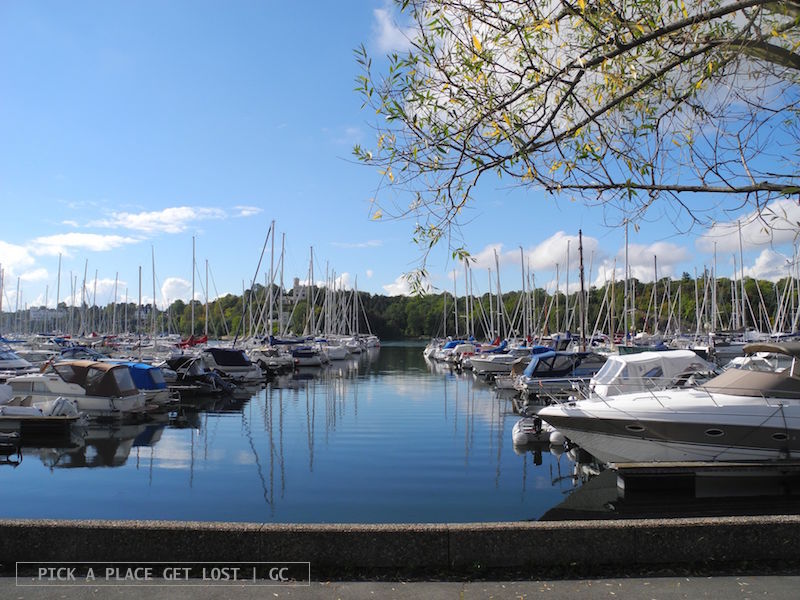 I arrived at Torp airport around 10.30 in the evening. Upon entering the building, I noticed that it was suspiciously quiet and silent, but at first it didn’t feel particularly weird. Soon, however, I overheard an employee say to a colleague ‘Yeah, no, soon everybody will be leaving the area’.

I ran outside to check any sign on the glass doors. Bloody hell. Torp airport shuts at 01.00 and reopens at 4.30 (or 5 o’clock, but that’s irrelevant).

I literally chased after the men whose conversation I’d overheard. ‘Excuse me, I’ve just learned that Torp airport is shut at night. I have an early flight tomorrow morning and nowhere to sleep, are there any hotel/motel/hostel/ anything really where I could go?’. Pretty please? Say there is. Say there is. 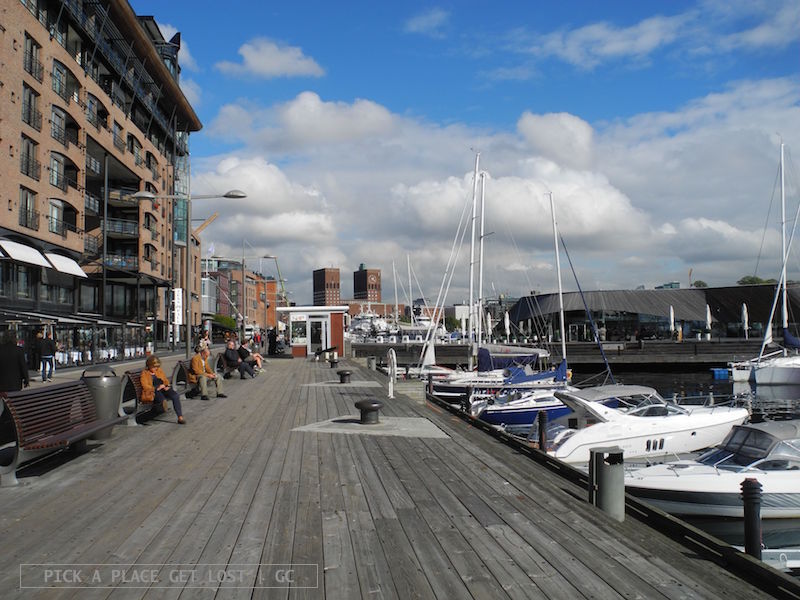 Stranden and, in the distance, Oslo City Hall

‘Oh well there’s a motel around a kilometre from here. Or you can go and sleep on the stairs in the car park over there’.

I pondered in the atrium, evaluating my options. But the car park was not an option. I was exhausted from the sleepless night in the train and the unimaginably long walk in Oslo, so I needed some sleep. Plus, let’s face it, the car park didn’t look like the safest place. Ok motel, motel sounds good, sounds comfy. Now, a taxi.

After asking the man for the name of the motel, I went over to a cab outside the airport. Seconds before approaching the driver, though, I checked my purse. No cash left. Fuck. ‘Hi! Excuse me, I need to go to this motel, but have no cash. Can I pay with credit card?’. Of course, only cash accepted. (Seriously, this must be the only Norwegian taxi where you can’t pay with credit card.)

Okay, I need an ATM. ‘There’s a station service over there, I can drive you there, so you get cash from the counter. Then I’ll drive you to the motel’. Now that sounds like a plan.

‘I’m sorry, the transaction has failed. Would you like to try again?’. What. ‘O-ok, I’ll give you this card.’

‘I’m sorry, apparently this one doesn’t seem to work either.’ 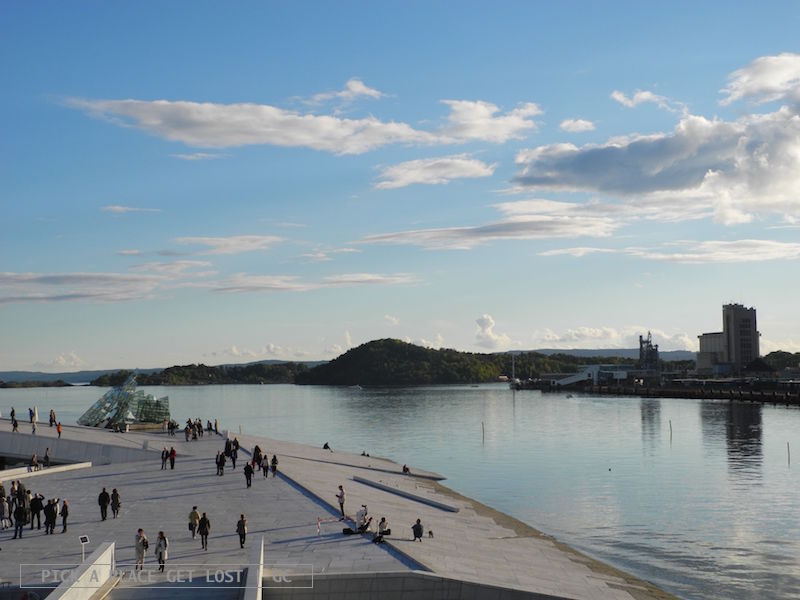 Oslo, view from the Opera House

It took me a few minutes to focus, walk back to the taxi, confess to the driver that there must have been some technical issue with my credit cards (which I later found out there had been), and I had no cash to pay him for the ride.

He was silent for a few seconds, then replied: ‘Oh it doesn’t matter, I’ll drive you anyway’.

I think I love you, whoever you are.

‘Also, unless you want to pay for a room, you can try asking the receptionist if you can sit or lie on a couch in the hall. This way you might not have to pay a krone’.

Ok yes I love you loads.

I managed to mutter some ‘thank you’ thirteen or fourteen times before getting out of the taxi. I did as he suggested, and did spend a few hours nestled in an armchair in the hall. ‘Yeah sure, no problem!’, said the lady at the reception. ‘Would you like a glass of water? The toilet is over there, if you need to go’. 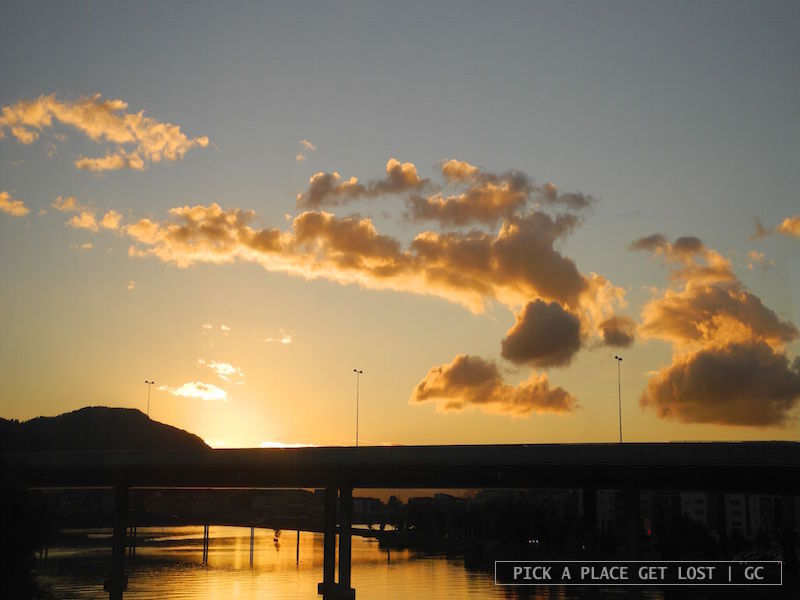 I asked if I could have a cab pick me up at the motel at 4.30 in the morning. I also explained to her the problems I’d had with my credit cards. Turned out, one had been temporarily blocked when I paid the hostel. The other worked, so I was able to ‘draw’ enough krones to pay for the taxi ride back to Torp and buy some breakfast. We pretended I paid 200 krones by card, then she gave me 200 krones in cash.

I even managed to sleep a whole hour and a half, after the initial panic subsided and sleep took over. I arrived at Torp airport in good time to have breakfast and catch my flight back home.

I will never forget the huge amount of kindness that all the people I met showed when I didn’t know what to do. All’s well that ends well, I guess.

Also, should you not know, Torp airport is not open 24/7.