If there was one trip I wanted to go on before leaving Forlì for the summer, it had to be Cervia Salt Pan. So I eventually made it there.

When you’ve lived and studied in the same city (Forlì) for six years one would assume you’ve been to all the most interesting sites and places in the area. Or not. Shamefully, I belong to the latter category, and only very recently did I resolve to go and visit one of the most important natural spots in the Forlì area, i.e. Cervia Salt Pan. The official website describes them as ‘Wetland of International Importance’ and environmentally unique reserve.

I remember when, in first year, I would go on day trips to Cervia with a bunch of friends from uni. One of them had her own car in Forlì, so we’d drive to the seaside, spend the day at the beach, then drive back to Forlì. We’d do it especially in May, when it’s still not horribly crowded and you almost felt like a local, driving to the seaside on a weekday. Then, in June, school is over and it gets more crowded at the seaside. 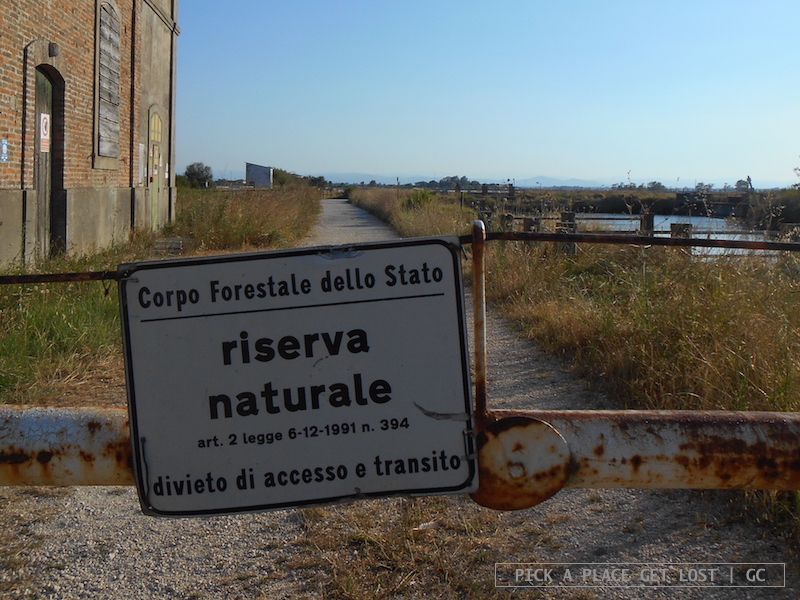 On our way to the seaside, right before getting to Cervia, I remember driving past huge flat wetlands stretching on both sides of the street as far as the eye could see. I always wondered what they were, as I’d never heard of Cervia Salt Pan. But even driving past at high speed, you couldn’t help noticing neat rows of small salt heaps covering the ground.

Point being, I’d seen those heaps of salt many times back in those days, yet only recently did I realise that there was actually a lot more to those wetlands than salt heaps.

I told Bobby, if there was one trip I wanted to go on before leaving Forlì for the summer, it had to be Cervia Salt Pan. So we booked a guided tour, which is compulsory, being the area a wildlife protected area and a nature reserve. We chose the boat tour at sunset: I’d seen photos of the wetlands at sunset, and they were truly stunning. We only had to hope for the weather to be decent. And decent it was.