This post sounds like a collection of thoughts and remarks disconnected from each other. Well, it all started out with a bike ride after work, what do you expect? There’s a bit of everything here: familiar places that look inexplicably unfamiliar, social media in time of quarantine, the disappearance of yeast, and my friend Nathania’s insightful remarks. There’s also something about how we adapt, how resilient we are, and how change sucks, but maybe also doesn’t, after all.

21 Apr 2020. Today I went back to my workplace for the first time since we all started mandatory home office because of the Coronavirus outbreak.

Last time I was there was 11 March, the last day of work-at-work. Today, after ‘work’, I biked to my workplace because I wanted to see how much it would take me to get there by bike. I’m planning to check out a couple of routes, pick the best and/or fastest, and get used to it (read: manage the uphill). This way, when we go back to work-at-work I will bike to work as often as I can.

I rode through Anthropos park and, once back on the main road, at the roundabout I turned left into the road where the office building is. The building lies right across the street from one of the main city hospitals and one of the main universities in Brno. Right next to it there are shops, a food court, and a large supermarket, plus a number of bus stops. Simply put, the whole area is super busy and crowded all day, especially at rush hour. Today I got there shortly before 18.30, which still qualifies as rush hour.

It felt almost eerie to be there. Everything looked so familiar, yet part of me felt like I’d never been there. Where were all the people? It looked like most of them had been removed.

The only exception were customers queuing outside the Alza point as they waited to pick up their delivery. Needless to say, they stood a few metres from each other. The queue was so neat you could think equidistant spots had been marked on the pavement using a ruler. People had to know exactly where to stand.

I took in all the familiar sights, and I couldn’t help thinking that I was in one of the Brno places I know best, and yet it almost looked like a place I didn’t know at all. 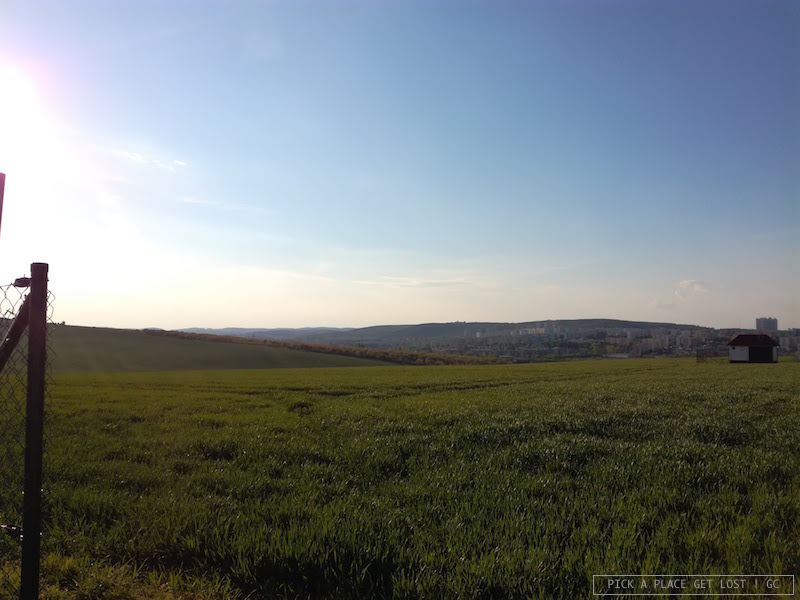 And because one thought always leads to another, as I pedalled home I also couldn’t help thinking that time is always, invariably funny, and not (always) in a funny way. Because this quarantine has lasted just over a month, yet it feels like it’s been on for a year or two.

I realise that sometimes I forget about all that has been going on. It only lasts a few seconds, and it usually happens when I’m in the middle of something that feels super normal. By ‘normal’ I mean something I used to do before the quarantine and I’m still doing in the same exact way. That’s when it slips my mind, that things have changed. Then I suddenly remember everything.

I remember that my Facebook feed abounds with tips about films and TV series to watch, ideas for books to read, and recommendations for online exercise or yoga classes.

I remember funny memes that render in funny, humorous ways bits and pieces of ordinary quarantine life, or collective challenges like ‘Share a photo of you posing as a couch potato and then tag 10 friends that should do the same’, and so on.

I remember I’ve never seen so many Facebook and Instagram posts about homemade bread and pizza as I have over the past few weeks. Just the other day I was reading a few (more or less) Corona-related articles on my favourite Italian online paper (‘Il Post’, should any Italian readers be wondering), and I came across one that read: ‘Why yeast is selling out in supermarkets’.

While part of the reason is that ‘some steps in the yeast production process cannot be sped up’, it is a fact that everybody is baking like crazy in Italy – and not just in Italy: yeast has vanished in most Brno supermarkets as well. 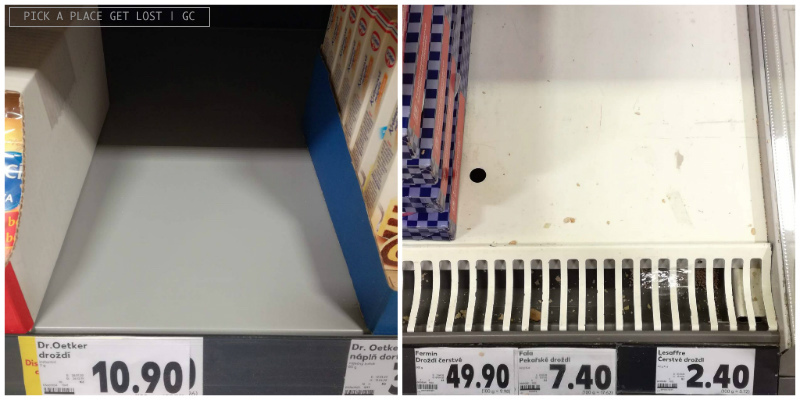 Don’t get me wrong: this puzzle of hobbies and homemade fun times I’ve just described sounds amazing. Also, it has made heavy lockdowns and quarantines bearable for lots of people who genuinely feared they would lose their mind otherwise.

I’m just wondering how it will evolve and unfold when we’ll all be free to roam again  if we will ever be. The truth is, aside from all the inspirational slogans and the motivational insights, life feels like a swing these days.

We keep thinking and saying that we can’t wait for things to be normal again, but what’s ‘normal’ again? The other day I messaged my good friend Nathania. We were talking about our quarantine routines, and at some point she texted: ‘But I think this whole situation is going to change how we think about everything and what we appreciate, and maybe some of the things I enjoyed before I won’t want to do or won’t seem of as much significance as before.’

As I read her text I couldn’t help thinking: What if she’s right? Do I really want everything to go back to the way it was? Is that even possible? I thought I knew the answer to these questions (‘yes’ and ‘yes’), but now I’m not so sure anymore.

Let’s face it, this quarantine has made it worse in so many ways, but somehow it has also ‘helped’ put some things on stand-by. It has forcibly frozen lots of unresolved situations and unfinished businesses. It has given us excuses to (not) do or say something. Everything has been suspended, so that conversation or arrangement had to be postponed as well. So maybe some people are already dreading the minute this is all over and real life starts again, if it means having that conversation or finishing that business.

Others might experience a different, more subtle kind of fear. Maybe they will ‘miss’ the quarantine after all, they will feel ‘nostalgic’ about it, they will be scared of leaving their flat, of going out and about again. Because this forced #stayhome has somewhat become a shelter for them, a protective layer, a comfy duvet they have wrapped around themselves, and now it’s not as easy to shake it off as they thought it would.

How weird, to realise that you’re scared of the one thing you’d been wanting more than anything else. Yet it doesn’t mean you don’t want it anymore. So many feelings are contradictory this way.

I’m not really sure myself where I stand with things right now. I do remember that in the first ‘quarantine post’ I wrote: ‘we will be ready to go out there again. And we won’t be afraid’. I haven’t changed my mind about it. I’m just saying that it’s okay to take a little while to readjust to things. 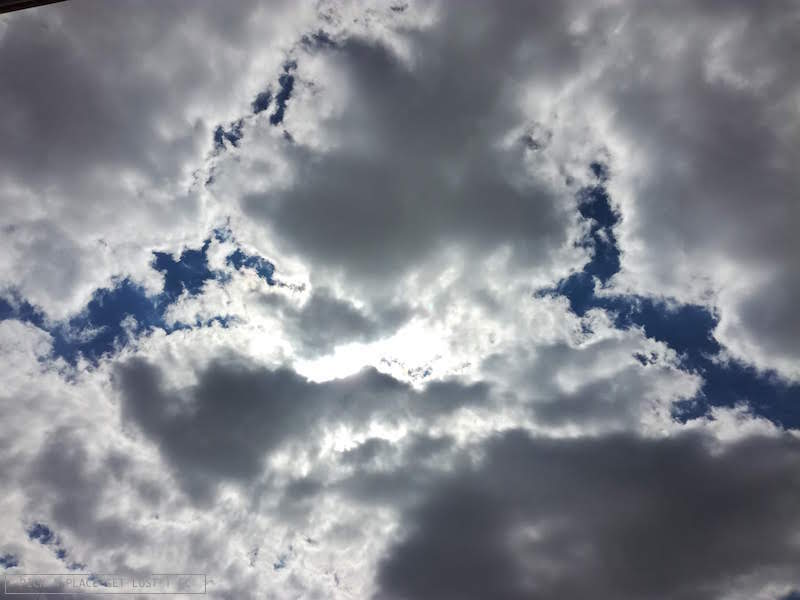 Well, if there is one thing I’ve learnt over the past few weeks is that things change in ways you really cannot foresee, however intuitive you might be. And people are resilient, often more resilient than they think they are. They adapt, they reshape themselves so as to fit in with the new shapes of things, and make the most of what they have. If this quarantine doesn’t prove this point, I don’t know what will.

I dreaded this quarantine when it started – and even before it started. I felt it coming, it was in the air, but I ignored it. I acted like it wasn’t there, because I couldn’t even begin to imagine what life in quarantine would mean. Then, within a few days, suddenly it was real.

A month and a half later, I won’t say I’ve got used to it. As I wrote in the post ‘Puzzle #8‘, I’m never going to say I’m ‘used’ to this. And I still kind of dread it. I can say, though, that I’ve been coping with it in ways I would never have expected.

This is both unexpected and exhilarating in at least two ways.

For one thing, it has shown me that I can still surprise myself, and that is amazing. I’ve learnt that (maybe) I can grow plants, and lack of green fingers is not hereditary after all (sorry Mum, but not sorry, really). I’ve also learnt that I know how to use a portable bike pump, and that my time-management skills might be much less terrible than I thought.

And I know there are plenty of people that have surprised themselves in similar ways these days. Maybe they’ve taken up online aerobics classes after years spent throwing black looks at the sport enthusiasts out there. Or they’ve got used to biking on a regular basis so as to improve their resistance and get used to the uphill. Or maybe they’ve learnt to bake fifty-one shades of bread (one yummier than the other) using their very own sourdough. 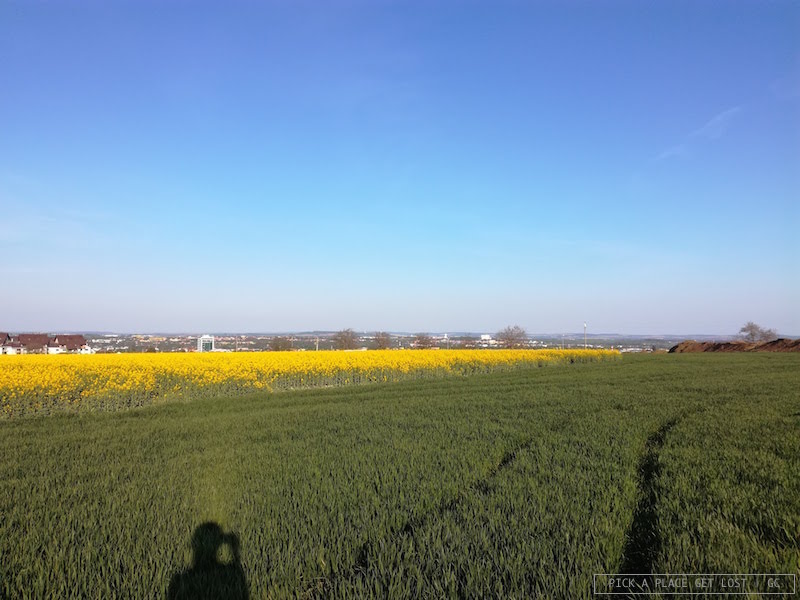 This quarantine has also made another very good point. It has shown that, however terrifying change may look or feel, it is weirdly soothing, if not reassuring, to realise that we can adapt even to the changes that scare us the most. Even when it catches you off-guard, when it happens overnight, or when it touches the very core of your persona and seems to affect everything you’ve ever known in life as a result, the change won’t be overwhelming. It will work out, somehow.

Maybe at first it will be tough, if not unbearable, to cope with. Then you might slowly, almost imperceptibly adapt to it, if not find some good in it. Or you might tell yourself that such change helped you go through with decisions you wouldn’t otherwise have been able to make. By the end you might even realise that change was the one thing you truly needed in life.

At this point of the quarantine I’ve still got more questions than answers. One thing I do know, though, is that on my first day back at work I will be wearing contacts. I’m not a huge fan of easy hugs, but there are quite a few people I might really want to hug that day, and I will want to make sure my glasses don’t get in the way. 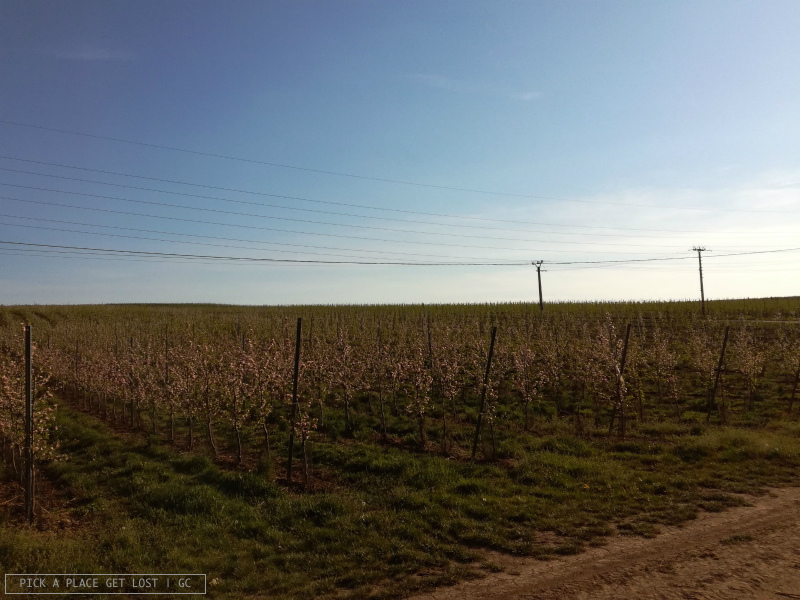