This brief-but-intense Reykjavik trip really meant a lot to me, so you will forgive me for expanding on a few thoughts and realisations, and how they dawned on me. I added a few extra fun facts to lighten the mood.

Part I. Some serious stuff

Let’s get to the point straight away. They say that, aside from seeing beautiful places and growing familiar with the unknown (or lesser known), one always learns something when travelling. I find it quite true. This time, though, maybe what I learnt isn’t quite what I expected. And that is okay.

This ‘other fifty’ was about who I am now, and how I have changed over the past year or so. Some bits of myself during this trip were identical to those I had got used to ‘dealing with’ over the years: the almost compulsive walking for hours on end without ever taking a break; taking in all the sceneries; breathing in my favourite winter; nature as a magnet…

As I walked, strolled, ran through Reykjavik, I could tell I was the very same person that had previously been to Stavanger, Trondheim, Bodø and Molde. The priorities were all the same – and thankfully so. 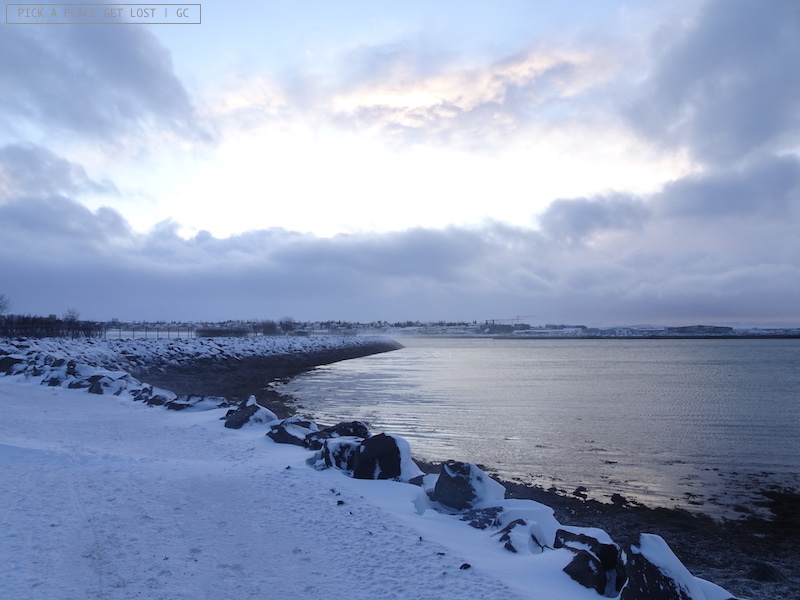 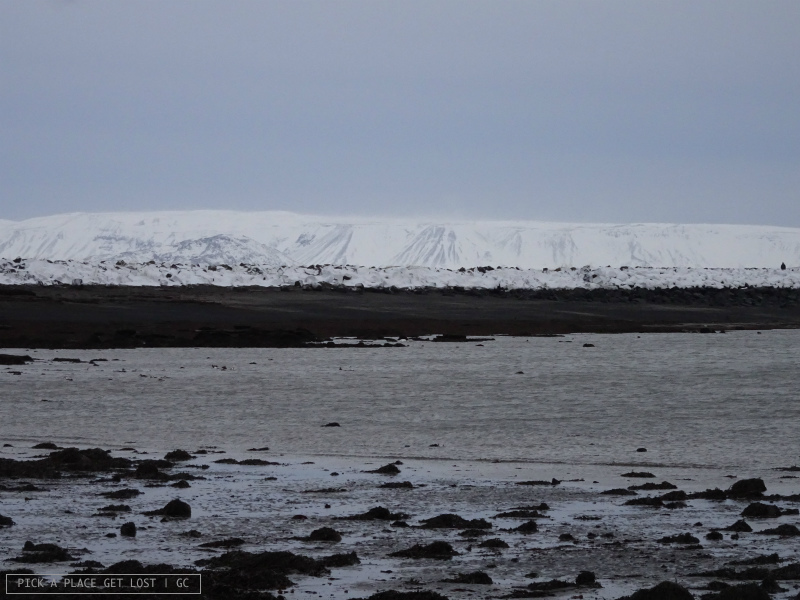 With other bits of myself, I sensed an early onset of a new awareness, a new perception of myself. I grew to realise that some ‘things’ I was I am no more, because I am some new ‘things’ instead. I’m not sure I’m too happy about it. In fact, to some extent I’m sure I’m not, because I liked some of the things I’m not anymore. Similarly, I might grow to like some of the new things I am now.

Not that I can do anything about it anyway. It’s not like when you don’t like some bad habits of yours, like biting your nails, talking too much, and the like. Here I’m talking about something deeper, something everyone has to confront themselves with at some point in their lives (or do they?). And when it hits you like this, you can only adjust to it, because that is who you are now.

I certainly did not expect this realisation to hit me just like that, like a light switch being flipped on, while I was walking upwind down the Grótta black beach at the tip of Seltjarnarnes peninsula. 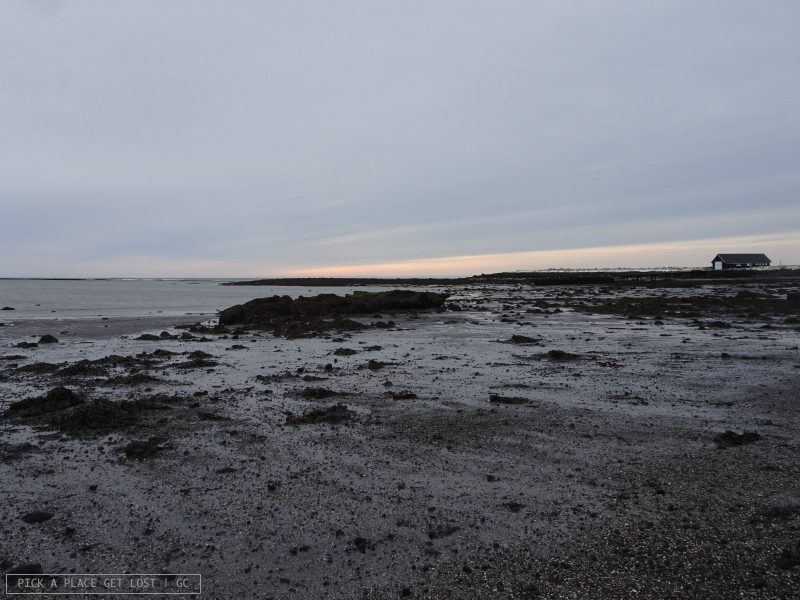 Later on, while drafting this post at Kaffivagninn (Reykjavik’s oldest restaurant, at the Old Harbour), I remembered a quote by writer A.L. Kennedy, which I came across years ago. It reads: ‘If we withdraw from reality’s true nature – that it changes constantly and so do we – we become lost to ourselves, punished by our troubles and by their ineffective cure.’ It sounded fitting.

Maybe changing this way is for the best, because preventing yourself from letting it happen makes you a ‘prisoner’ of your own persona. You get stuck within yourself, struggling to be a person you are no more. You stop functioning.

So maybe it is good that in Iceland it all happened as it did. So I can keep functioning. I don’t ever want to be a prisoner of myself. 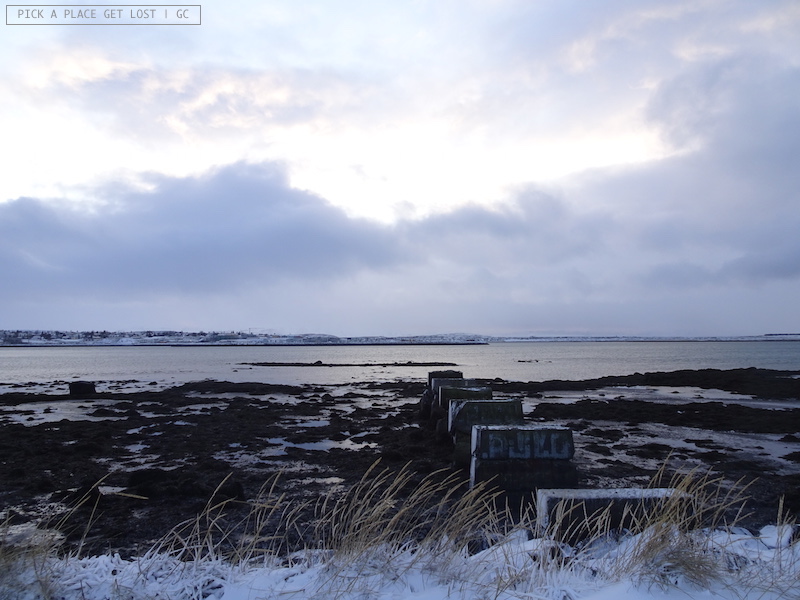 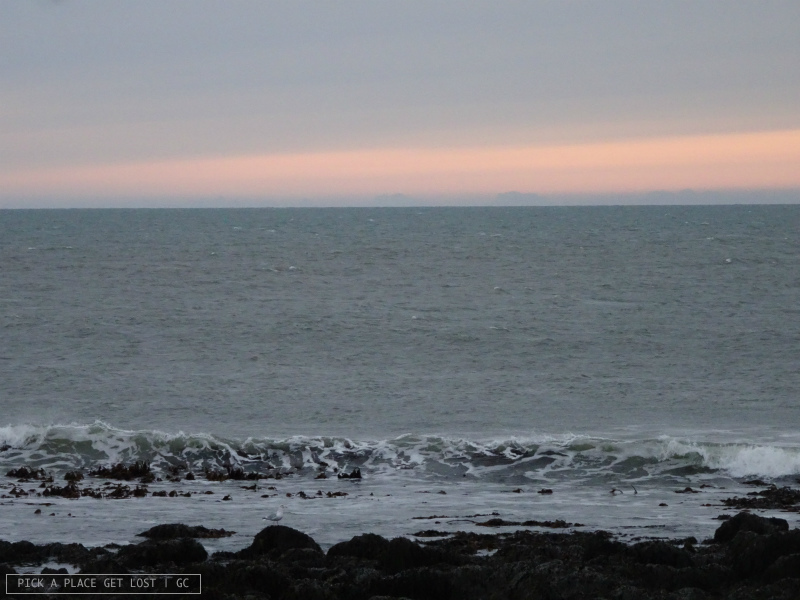 At a strictly personal level, but on a lighter note, the Reykjavik trip was marked by a number of funny, minor fun facts and records.

I understand these might be of no interest whatsoever for the reader. Just bear with me, please: I guess everyone gets a teeny bit self-centred at times. Also, because I had no one to share these thoughts with in real time, mentioning them here feels kind of like having a delayed laugh ‘in company’ about them.

So, as I mentioned in the previous post, on my last day in Iceland I happened to lose my (brand new) right-hand glove somewhere on the way to Seltjarnarnes. I ended up wearing the left one on my right hand (it’s the one holding the camera, it would have frozen instantly if I’d left it gloveless). On the left hand I wore one of the spare red socks (clean ones!) I had in my backpack, which sock I artfully shaped into a (sort of) mitten. I was so proud of myself.

2. The walking, all the walking

Three days in Reykjavik meant a lot of walking. In fact, unprecedented amounts of walking. On my last day in the Icelandic capital, I found myself walking 44.5 km in one day. When I got back to my room in the evening, and my watch told me I had covered that distance throughout the day, I could hardly believe myself. It felt very cool. Walking is cool. 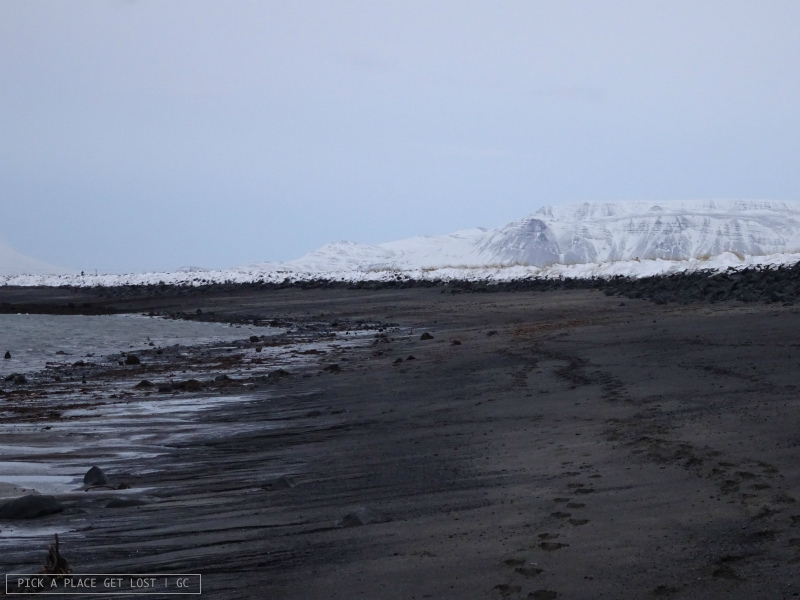 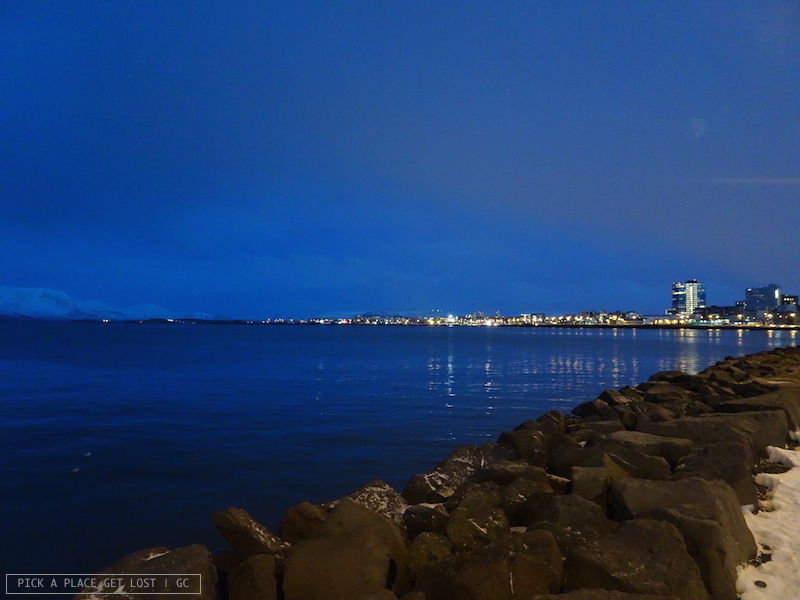 For my last day in Iceland I had booked myself a slot on a one-day tour around the Golden Circle, a 300-km tourist route in southern Iceland, looping through the uplands south of Reykjavik. My tour included Strokkur geyser, Goðafoss waterfall and Þingvellir National Park.

Sadly, in the morning, just as I was leaving my room to go to the tour meeting point, I received an email. It said that a number of tours, including mine, had been cancelled due to hazardous winds forecast later during the day.

Well, it wasn’t the first time something like that had happened to me. When in the Faroe Islands, our Mykines ferry trip got cancelled two days in a row due to high waves crashing against the shores.

Tour cancellations do happen, even last minute, even more so when their feasibility is highly dependent on the weather. If the wild wind blows too hard, you simply cannot fight it, however hard you try. It’s too dangerous.

So when I got the email, I picked out my city map of Reykjavik, and reinvented the day. That is how Kirkjudalur, Laugarnes, Elliðaárdalur and the second walk to Grótta happened. Not bad, after all.

PS. Needless to say, I won’t be sharing extra info or cool things about the Golden Circle just yet. I would like to plan another Iceland trip, and visit all the landmarks from my cancelled tour, so I won’t be talking about them until I’ve experienced them first hand. 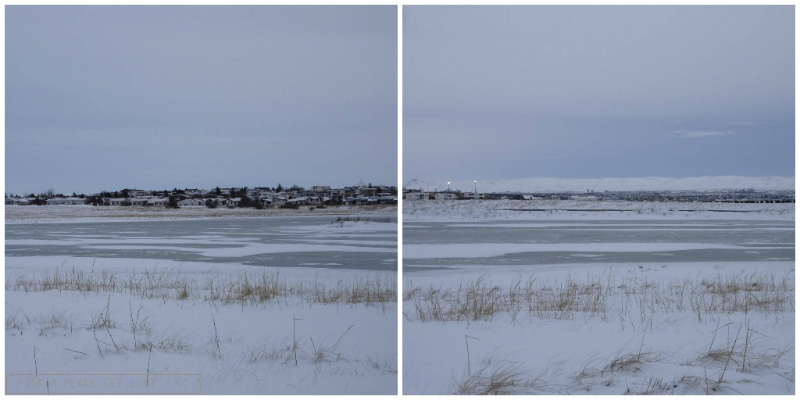 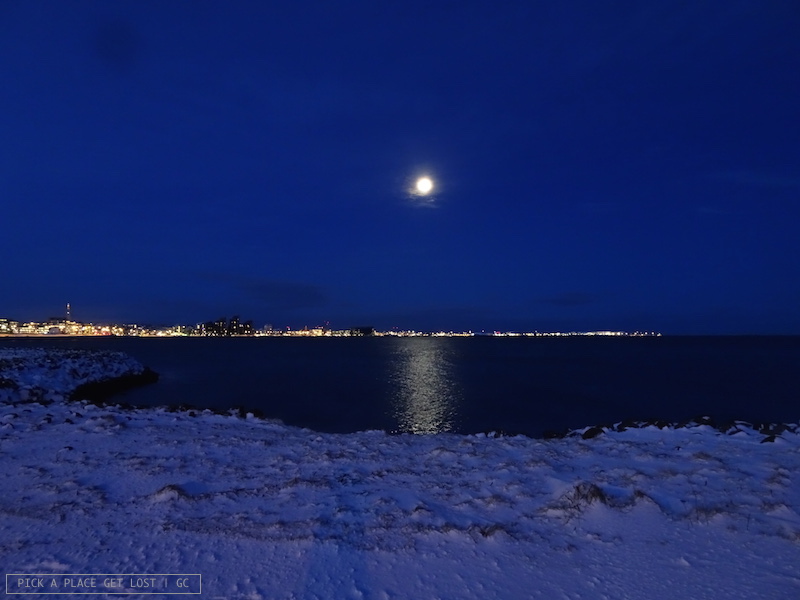 At some point, on my last day, my silly camera played a silly trick on me. Well, it does get a little silly sometimes, as it looks like suddenly random buttons press by themselves. Usually I realise in real time. Usually.

I had just got back from Elliðaárdalur to the footpath by the shore. Esja mountain range looked so stunningly beautiful that I had to take a photo. Click. Nothing. Click. Nothing.

I kept clicking. Nothing. Then, a few seconds after I had pressed the button, it clicked. What is happening here. The shot was delayed, and there was no way I could fix it.

After a (long) while (I had already reached Seltjarnarnes by then – yes, I know I’m slower and dumber than average in circumstances like this), I noticed that the delay of the shot was always exactly the same. That felt suspicious. 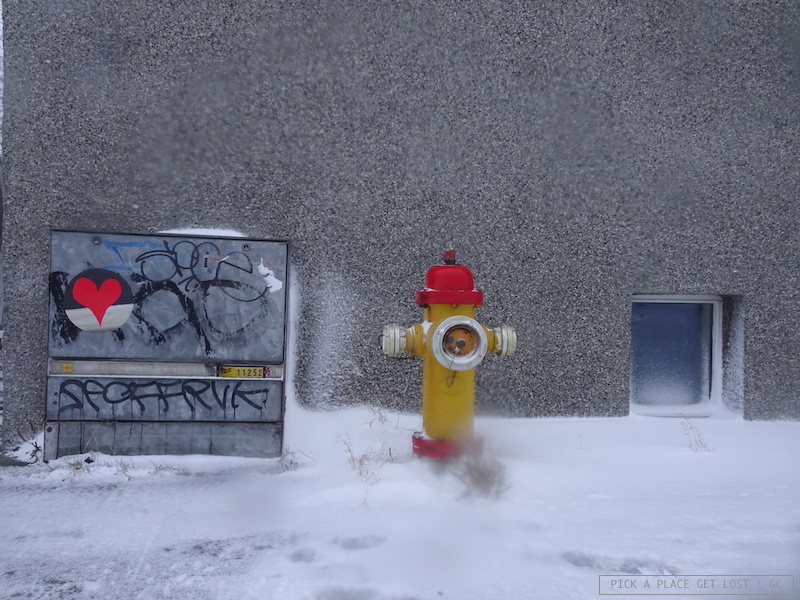 I peeked into the viewer, scanned the icons on the tiny screen, and saw it. The self-timer was set on ‘10 seconds’. That was why the camera would shoot ten seconds after the click.

It was especially funny when, right in front of Harpa, I made to take a photo of the building, and this couple kindly waited for me to shoot, so they wouldn’t step into my photo. Soon enough, I sensed the puzzled looks on their faces as they saw me point, click, and then stand still as if nothing had happened, as I waited for the delayed shot.

They probably thought I hardly knew how to take a photo. I can’t quite blame them for that.

No, not even this time did I see the northern lights. Aside from the ice storm, the wild wind blowing did bring some (kind of sort of) clear(ish) sky during the day. Three nights of overcast sky, though, left very few chances to catch any glimpse of aurora.

One could say the thick clouds left a lot to the imagination, since that was the only option left: to imagine what it would be like to see them.

Oh well, one day. For now let me just say: Thank you, Reykjavik. Thank you. 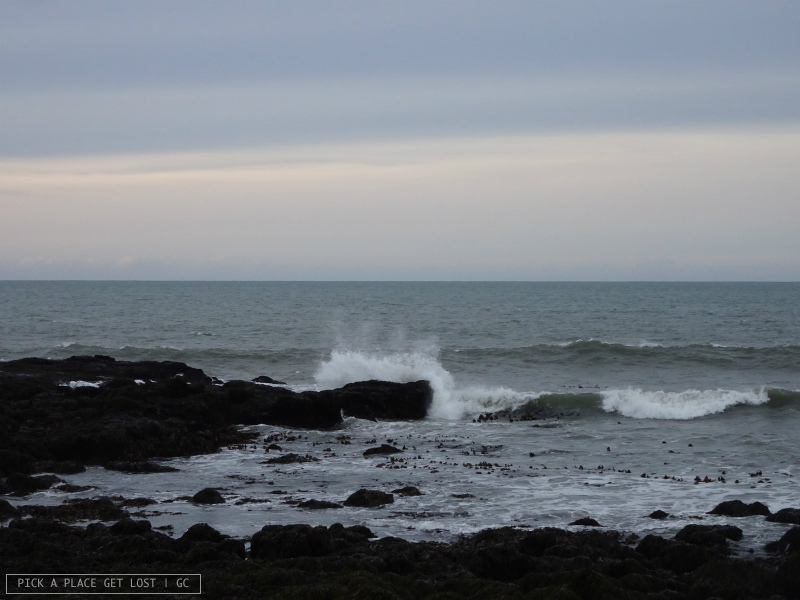 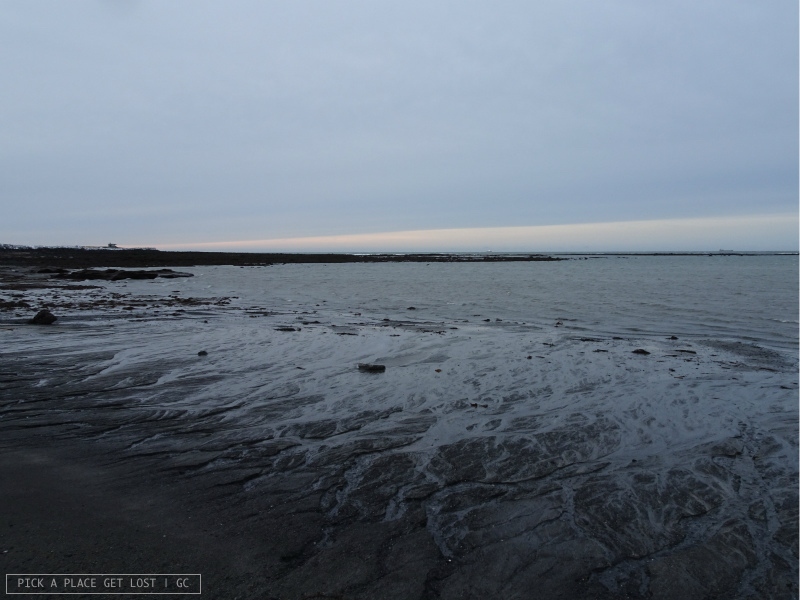