To Mis and Rutko,
because I miss them already.
And to Cube, for the same reason

1 Nov 2019. It was just before 10 o’clock when I bid goodnight to my friends after dinner out together. I love the Vietnamese place we went to. When we parted, my friends went off to a pub nearby. I was too tired to stay out longer. Even one beer was one beer too many. I feel old sometimes.

I chose to walk home instead of heading to the tram stop. It’s been cold this week, much colder than average, but I was wearing warm clothes, and I wanted all the chilly air. I crossed through the main square, then up Orlí, past Zelný trh and, finally, down Pekařská. I came across the usual Friday crowds along the way: young couples strolling hand in hand, clusters of Erasmus students (some still in their Halloween costumes) on their way to this or that club, and the occasional lonesome walker.

I like Pekařská, its second-hand shops, quirky boutiques, and hipsterish cafes. I’ve been meaning to write about Brno streets for a while. If and when I do it, I will include Pekařská in the list of streets I want to write about. 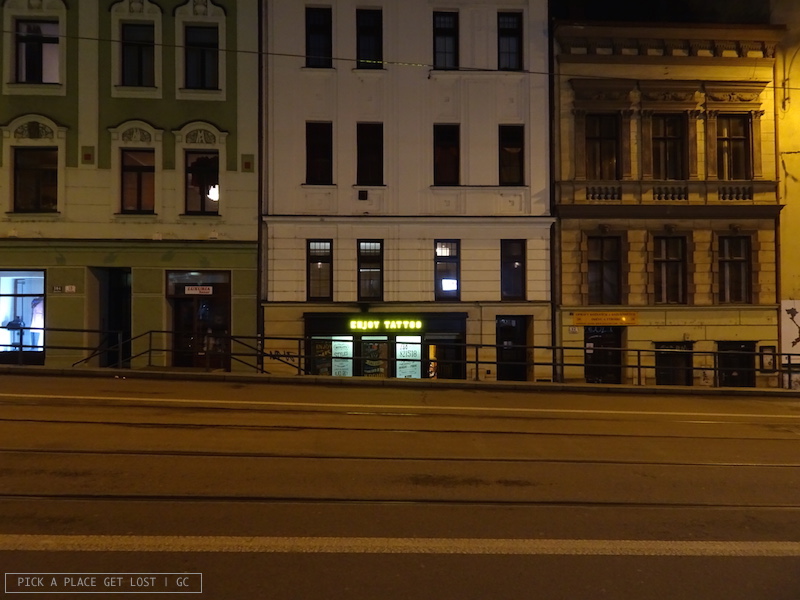 This one, though, is not a post about Pekařská, nor is it a travel post in the first place. This one is a puzzle of things that, if you put them all together, form a picture. Or many pictures. Pictures of people, words, half-empty (or half-full?) glasses, and city lights. The things that shape our lives.

Needless to say, it’s a melancholic post, because I’m a melancholic person. It’s a bit like the post I wrote last year, when I was in hospital after I broke my finger. (Speaking of which, I really hope Mrs. Marie S. did go home soon after I was discharged. I still think about her, sometimes, when I’m heading to the bus stop after work. Bohunice Hospital is right in front of my workplace, it’s so easy to look up, and have this thought.)

Sometimes you cannot help it. Sometimes you’re walking home, and thoughts flood your head. And they are so powerful, and there are so many of them, that you have to pick your phone from your pocket, open the Messenger conversation with yourself, and take notes of all of them, so when you get home you can put them all together, and write a blog post about them.

Up Zelný trh I walked past a homeless person. She was sitting on a bench, asleep, bulgy-looking bags on both sides of her. The upper half of her body was reclining on one side, her head resting on one of the bags. How comfortable could she be, sitting like that? How could she sleep? But then, would you ever be comfortable sleeping on a bench when it’s zero degrees outside?

I don’t even know why I thought it was a woman. You couldn’t guess, as the hood of her coat was covering her face. I think she reminded me of the homeless woman I once saw from the bus window on my way home from the train station. That one was a woman, you could tell for sure.

I walked past the homeless woman on the bench. I thought about how one thing can mean something and its opposite at the same time, how being alone is the bliss of solitude to some, and the plague of loneliness to others — and where do you stand if you have to name it? Where do you draw the line? Where do I draw the line? 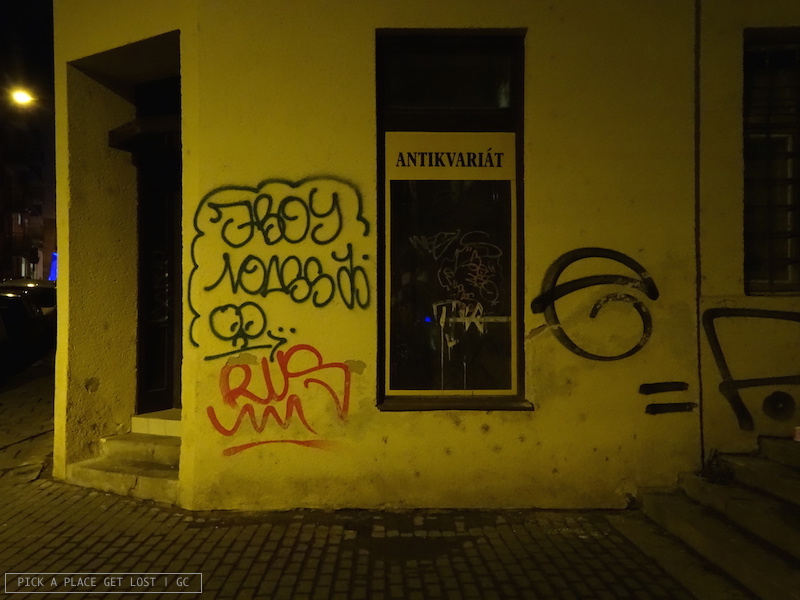 I walked past a male gay club, which no one would guess was a gay club unless one noticed the white, inconspicuous neon sign above the main door. There was no one outside, only the neon sign itself. I thought that I live in a world where people still exist, who genuinely believe there is something wrong with gay people. I thought I wouldn’t know where to start if I wanted to further expand on that, so I concluded that I could be happy enough knowing that I’m not one of those people.

I walked past an empty shop in front of the hospital. I realised there was something wrong with the night alarm, because it was going off intermittently for no good reason. I thought that maybe somebody should check it, or it could wake up the whole building if it went off late at night.

For some reason I thought back to when we were in the Vietnamese restaurant, and my friends and I took a selfie before we left the place. One of my friends fumbled in her pocket for her phone, and I noticed that, when she drew the pattern to unlock it, she drew the initial of her name on the screen.

I thought about how we always try and personalise everything we use and possess. We attach key rings to our bags to make them unique, wear pins on jackets and backpacks to show that they’re ours, and tape post-its and photos to our desks at work as if they had our names on them.

We’re always looking for the right something that represents and identifies us, that feels familiar, and that feels right. We don’t like being anonymous or feeling invisible — unless we choose to, in which case we can barely stand it when somebody hunts us down or, even worse, finds us.

I walked around my building toward the entrance. As I turned the corner, I glimpsed the shape of a man sitting by the back door of the pub next to my flat. The night lamp right above him cast a yellowish light over him. He was sitting still, cigarette in hand. He looked as if he’d been left behind by his drinking companions, and was now waiting for them to go back and pick him up again. 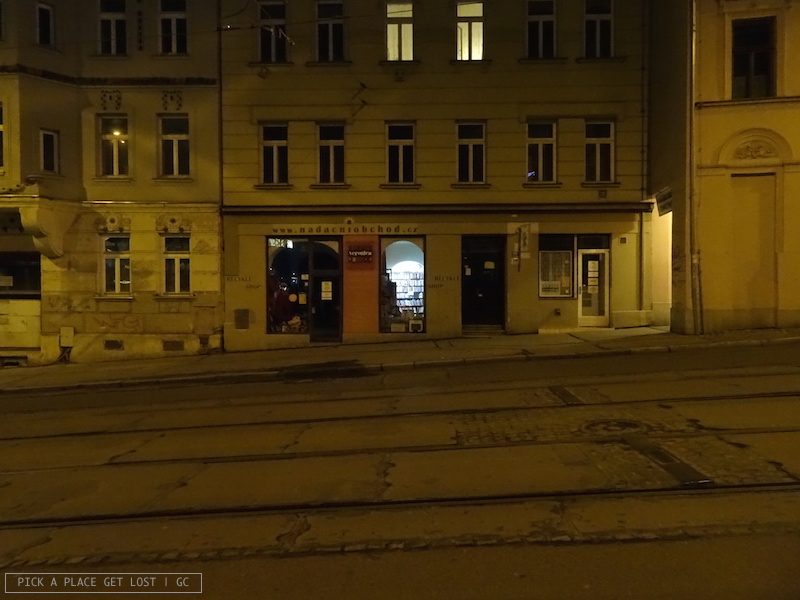 Then I climbed the stairs toward my door, and I noticed random objects lying on the floor outside other flat doors down the balcony: an empty handbag, a half-full ashtray, hiking shoes left out to dry. These, too, looked as if they had been left behind, as if somebody had forgotten about them, sitting outside the main door.

And they looked like out of context too, because such everyday objects we are used to seeing attached to the bodies of their owner. They looked incomplete, like they were missing something.

I thought that two of my favourite people and my favourite dog in the world have left this city, and I miss them dearly. I feel a bit like when you randomly forget that you’ve lost an object you’re attached to, and expect to find it where you’ve always kept it. Then you remember it’s not there anymore, that ‘maybe you dropped it along the way?’, and the reminder gives you a momentary pang of nostalgia for something you don’t own anymore.

Of course it’s different with people: you don’t own them, and you don’t lose them only because they’re moving to a different country. But for that one microsecond the momentary pang of nostalgia is there anyway.

I thought that people are tricky. They get under your skin without a warning, and sometimes it hurts, but sometimes it’s beautiful. And you can’t quite tell in advance whether it will hurt or be beautiful, but you have to be honest and brave enough to just go for it, and let them under your skin anyway. You’ve got to cherish them, and tell them and show them that you love them. And if they move to a different country, it will not matter, because they will stay with you anyway, and you will see them again.

Or maybe I shouldn’t have. Maybe it’s okay that I walked home, after all. 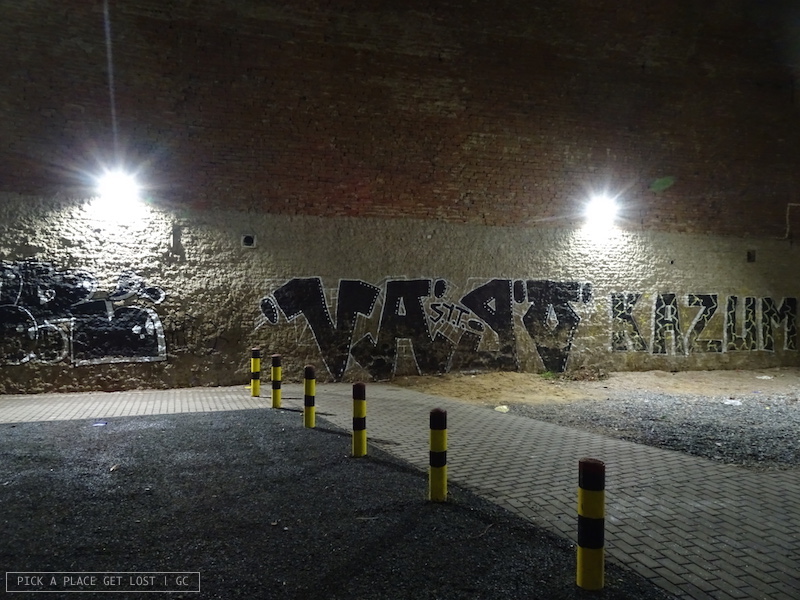