If you’re in Bodø, you go to Saltstraumen. Or, if you don’t, you’ve got to have a super valid reason for not going – e.g. you’ve already been there at least once. I’ve now been to Saltstraumen once (so far), but honestly, not even that counts as good enough a reason to not go back again.

Saltstraumen is a small strait around 10 km southeast of Bodø. The channel connects Salten-fjord to Skjerstadfjord, and is where the world’s strongest tidal current happens to be.

The direction of the current changes every six hours or so: that’s when the maelstrom is at its most powerful. As the Visit Bodø webpage reads, ‘almost 400 million cubic metres of water pass through the 3 km long and 150 metre wide strait… at speeds of up to 20 knots [almost 40 kph]’. The times of the day when the current is at its strongest vary, so there’s a dedicated, super detailed daily timetable to refer to. This way, one can easily double-check in advance when it’s best to go on a specific day of the year.

Safaris and group trips with local guides are very popular among tourists. What’s more, Saltstraumen is super rich in marine fauna and seabirds, which explains why sports divers and birdwatchers also like it a lot. Last but not least, it is a haven for fishermen, who take advantage of the current in the hope of a big catch. 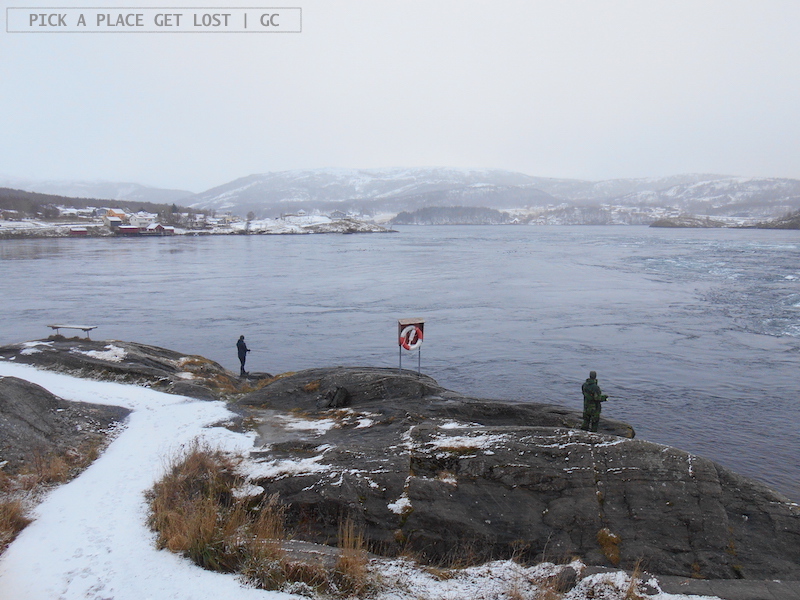 I didn’t want to visit Saltstraumen on a group tour – nor did I know whether there’d be any planned at all during the winter season. So, because I was on my own and with no car, I had to rely on public transport. But, again, also due to the season, buses were not uber frequent, so I checked the bus times super carefully the day before. It was my one chance to go to Saltstraumen during my stay in Bodø, I didn’t want to blow it only because I failed to check buses in advance.

The tide would be at its strongest around 10.22 in the morning, so I had to go for the 7.41 bus. The next bus would be too late: I wanted to make sure I’d be around the strait in the daylight.

The day before I even went to check out a couple of bus stops around the city to make sure I knew how long it’d take to walk there. I’d be so sleepy in the morning, the last thing I wanted was to get lost and risk missing the bus.

The thing that welcomed me in the morning was… SNOW – and a lot of it. It had snowed nonstop overnight, and Bodø was coated in white. (Spoiler alert: it wasn’t going to stop. At all.) 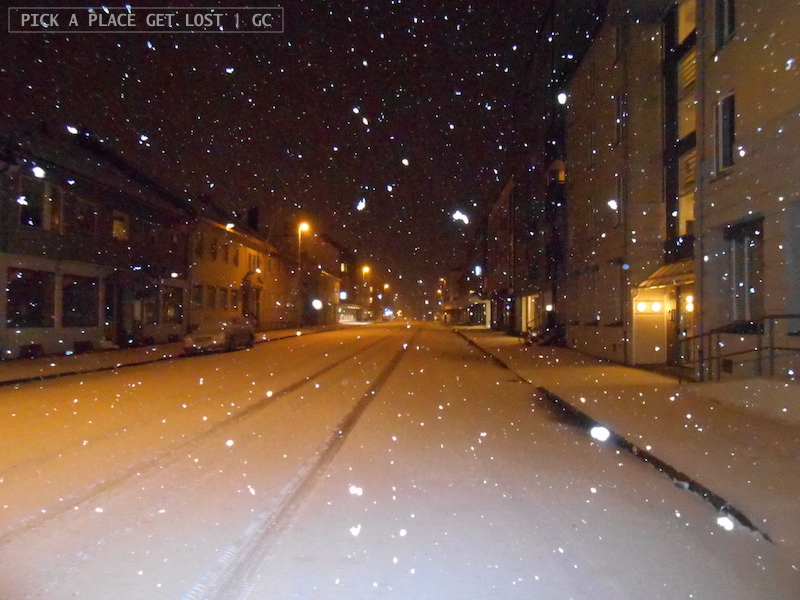 Around 7.30 I was at the bus stop. I took bus 4 from Bodø sentrum. You have to get off at the very final stop, Høgåsen, and… wait. Yes, because around 30 minutes later another bus 4 will come, whose first stop is just Høgåsen. You get on, and get off at the stop ‘Saltstraumen’.

During the bus journey I couldn’t see a thing: the windows were all blurry and it was pitch black outside. I had no idea where I was, and I was counting the stops in my head to keep up with the bus route. I got off at Høgåsen, and the bus left. I stood there alone in the silence for about half an hour. I could almost hear the noise of the snowflakes as they hit the ground. Daylight came, but felt much darker than the day before.

I boarded the second bus, and the whole journey I was the only passenger. I got off at my stop and, again, the bus left. I was completely alone in the snow by the road. Then I started growing familiar with the surroundings. There was a church (closed), the Saltstraumen museum (also seemingly closed), the deserted road and… the bridge! The bridge over the strait! I knew my way. 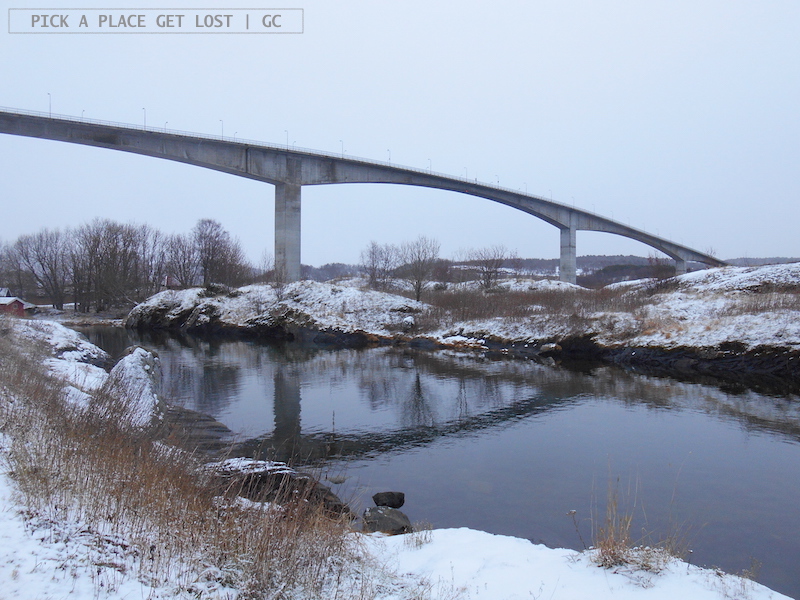 Okay, be prepared: once you find your way around the strait, it’ll be tough to make an orderly plan of what to see in which order, because you will want to go everywhere first. I believe the itinerary I picked kind of made sense, as it allowed me to see pretty much everything in the area.

When I got to the bridge I realised I still had some time before the maelstrom reached its peak, so I thought I’d explore the area underneath the bridge first. It’s easy if you take the path right to its left. As I headed downhill, I came across a café (closed) and a souvenir shop (also closed). I walked past, straight toward the channel. There the path turned right and, suddenly, the landscape was like straight out of a winter fairy tale, with snow-covered red cabins and a narrower channel right next to the strait. 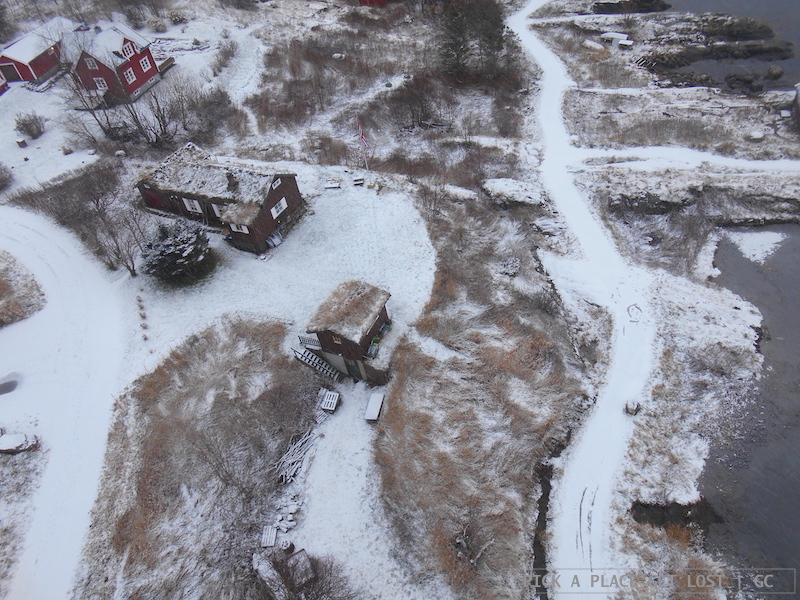 The footpath then goes up the hillside, where it offers stunning views of the strait, the bridge itself and the open sea. On top of the hill you glimpse an obelisk-like monument. If you get there, you will find yourself right in front of the Saltstraumen Hotel, which makes for alternative, comfortable-looking accommodation if you don’t feel like staying right in the city. The building is very well integrated into the surroundings, and if there’s one thing you won’t miss, it’s certainly the view.

Please, watch your step as you make your way around there, especially if it gets snowy. This way, at least you won’t be falling three times, the most painful of which head down on the steps by the obelisk.

As I walked back to the bridge, I noticed that the current had gained strength. I soon found myself standing by one of the bridge concrete pillars. There’s an iron railing, so you can (relatively) safely watch the current, and see for yourself how fast the water flows. It’s unbelievable! There’s also a tiny lighthouse just there, but apart from that, it’s all rocky shore and the rumbling noise of the water. 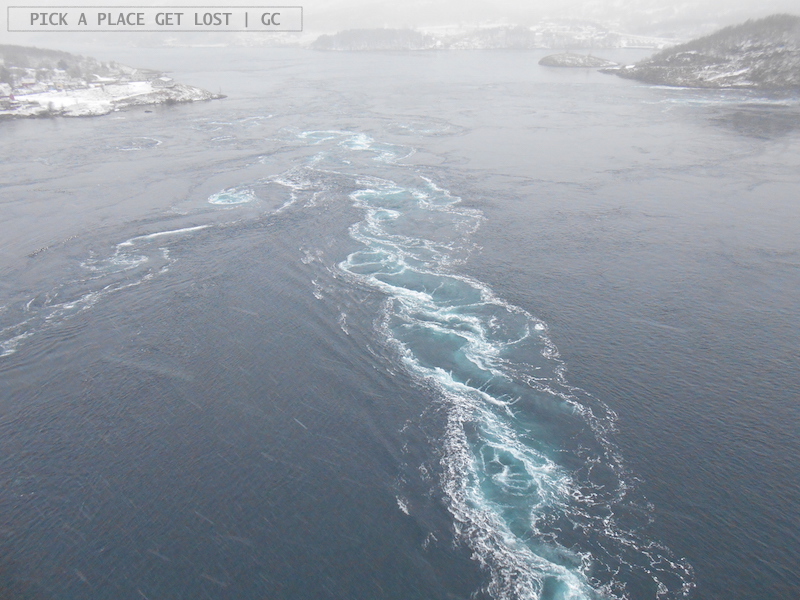 Despite the (truly) terrible weather, two fishermen were effortlessly standing on the rocks by one of whirlpools, patiently waiting for some big fish to make their day. Only the birds were even cooler than the fishermen: they were perched in small groups right along the edge of the vortex, lulled by the waves, seemingly oblivious to the strength of the maelstrom. They were so funny.

The view from the bridge doesn’t get less amazing. In fact, it’s from there that you really appreciate the proportion of the phenomenon and the size of the whirlpools. Because of the thick snowfall, I could barely see a thing. The horizon was all blurry, it was white all around, and the water was almost black, except by the whirlpools, where it gradually changed to light blue, almost aquamarine. 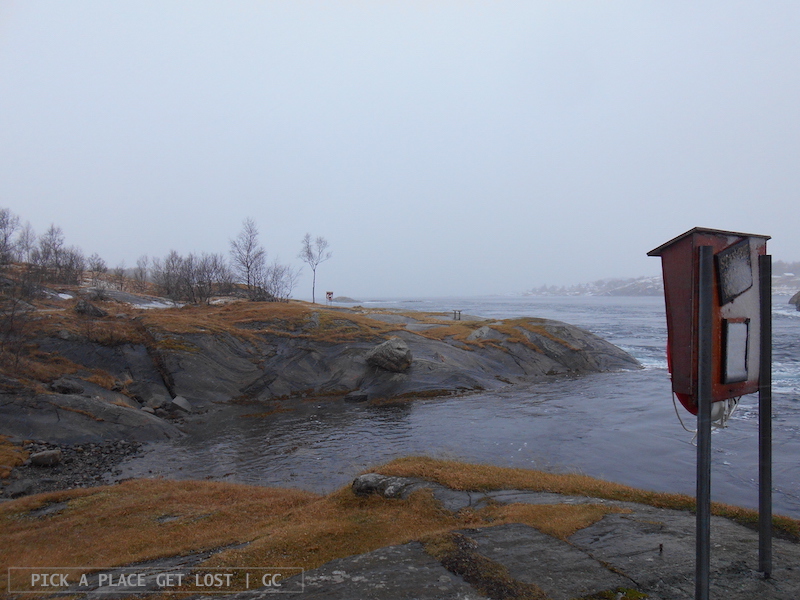 I reached the opposite side of the bridge and went down to the shore. Again, please be extra careful if you go down that way. Bear in mind that the wooden staircase has a couple of funny/missing steps and watch out for the rocks, which are super slippery. If you don’t feel safe and/or the weather is too bad, just don’t go, but walk back to the bridge instead, and enjoy the view from there.

I walked back to the bus stop in the heavy snow and, as two women hurried to the same bus shelter where I was standing, I realised that (aside from the fishermen) those were the first people I’d seen since I’d got off the bus a couple of hours earlier. In fact, I do believe the weather, the season and the consequent absence of people contributed to making my Saltstraumen experience fairly unique overall, and that’s is something I’m quite excited about. Just because I’ve been there once, though, it’s not that I don’t want to go back again. If you know what I mean 😉 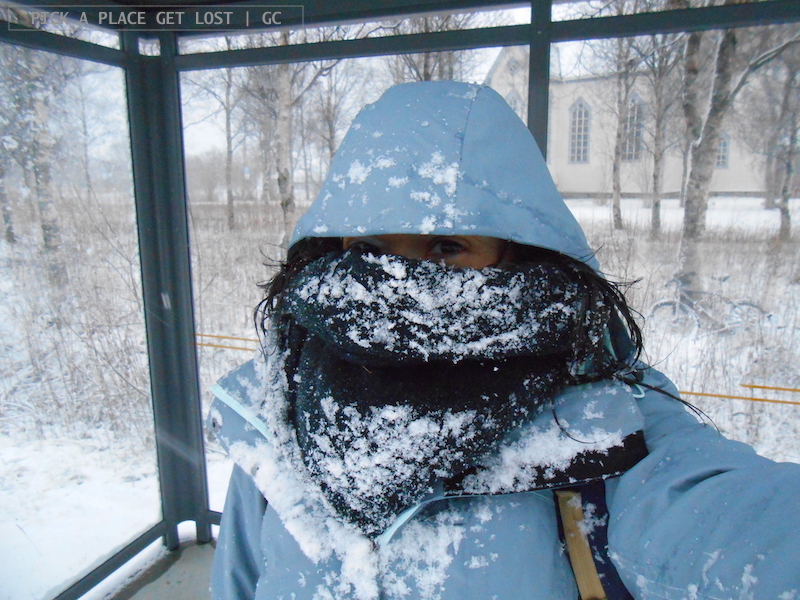 P.S. Just to recap, useful links are the following:
– https://www.177nordland.no (easy and handy to check out transport connections in Bodø and around)
– Saltstraumen timetable (the current timetable for the whole of 2018).

And here’s a few extra photos…