If I go to Oslo, I go to Akersgata. Invariably. Akersgata is a street in central Oslo where a number of governmental and ministerial buildings are located (alongside the VG newspaper offices, a library and the Central Theatre).

Akersgata is also very close to the exact spot where Breivik carried out his first attack on 22 July 2011, in the heart of the Government quarter (Regjeringskvartalet). He parked a white van loaded with explosive right outside one of the governmental building and left. Soon after the bomb went off, off he went to Utøya to carry out the mass shooting.

I was deeply affected by the 2011 attacks, probably because I’d been in and around Oslo for a few days until 21 July that year. Plus, my hotel was very close to the VG building. It was my first time in Norway.

A few days before the attacks my Mum had taken a photo of me posing with the statue of the man reading the VG newspaper on the bench. 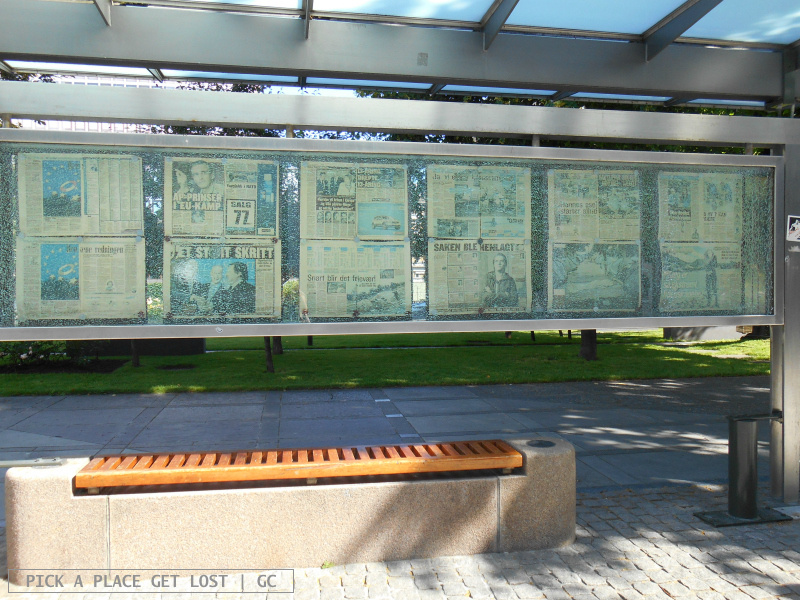 On 21 July 2011 I bought coffee at the Deli & Deluca next to the VG HQ on my way to the station, where I boarded a train to Stockholm. While still in Oslo, I walked past the area of the bombing every morning and every evening to leave and return to my hotel.

I also took a photo of the library across the street from the VG building. A couple of days later, while reading about the attacks, I came across a very similar photo on the Guardian website. It portrayed almost exactly the same spot, only there were debris all over the place and injured people assisted by rescuers*.

While in Stockholm, we went and lay flowers outside the Norwegian embassy. The ground outside the embassy was entirely covered in flowers, candles and wreaths of all colours. Our three flowers were like three tiny dots in a sea of paint brushes. So many people, yet complete silence. 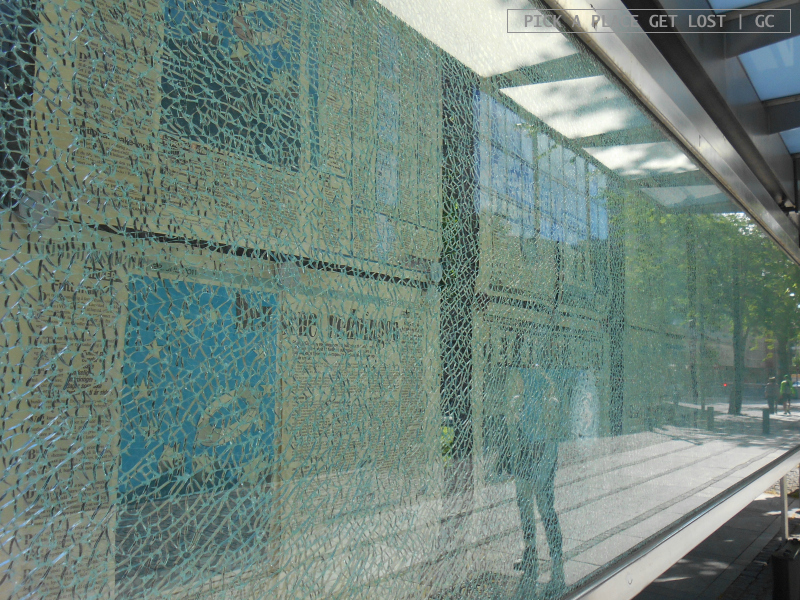 So, that is why I remember the 2011 Norway attacks every year, and every time I’m in Oslo I go back to Akersgata. There are no monuments or plaques that commemorate the tragic events**. What you find there is the bus stop shelter that was actually used as a bus stop until 22 July 2011. Left untouched since the day of the attack.

The shelter itself is a sort of memorial of the attacks. A sign next to it says: ‘The bus does not stop here’. A display case previously located outside the VG HQ, heavily damaged by the bomb, is now located by the bus stop shelter. It was left unrepaired.

It still displays the 22 July 2011 edition of the VG newspaper, its pages still neatly aligned. Only the cracks in the fractured glass surface hint at what happened, while the yellowed sheets reveal that a lot of time has gone by since they’d been printed. 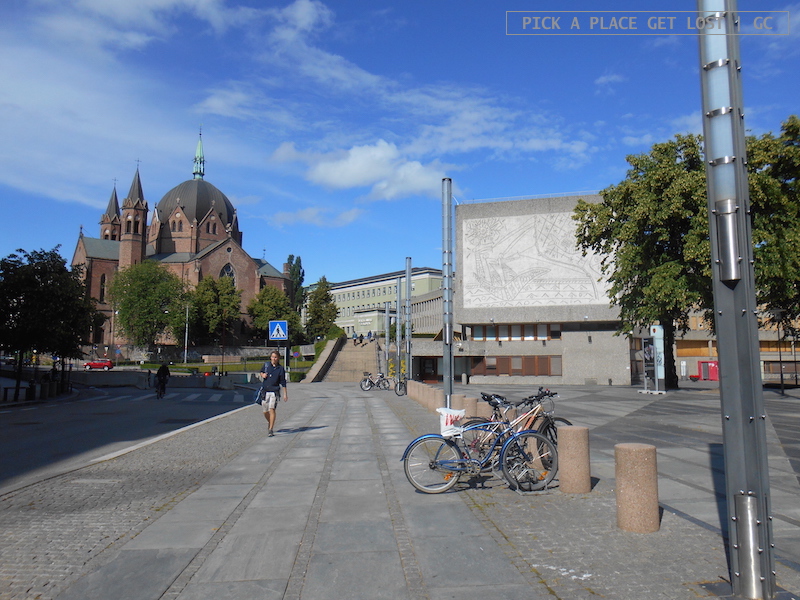 I was shocked to learn what had happened when a couple of friends texted me asking if I was ok. My Mum and I had been spending 22 July visiting Stockholm city centre, and only got back to our flat around 5 o’clock in the afternoon. When I checked the news I could hardly believe it.

Bad things happen everywhere on a daily basis, and we’re growing increasingly used to the worst. Which tells a lot about the sick sad world we live in. I mean, sometimes it really sucks.

But the hideous, cold-blooded nature of the 22 July 2011 attacks, plus the eerie time and place coincidence they came with, explain why I always remember 22 July 2011. And why I go to Akersgata every time I am in Oslo.

* I would love to include both photos in the post, except I lost them (alongside many others) when my rucksack was stolen in 2015 with my computer (as well as portable devices with back up copies of my stuff) in it.

** As I later discovered, the ’22-juli-senteret’ (22 July Centre) was opened in Akersgata, which includes an exhibition about the 2011 attacks.